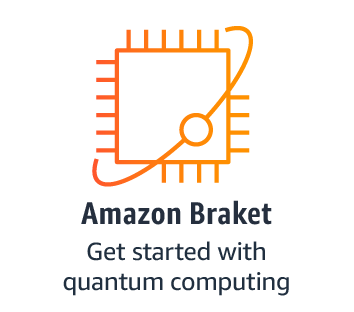 Last year we announced Amazon’s public unveiling of a new Quantum computing service named Amazon Braket and now almost nine months later, starting from May 25th, 2021, Amazon Braket has started offering their fully managed, density matrix simulator named DM1, created for the purpose of simulating quantum circuits with noise. The DM1’s goal is to help you investigate the effect of realistic noise on your quantum algorithms, also to inform you about error migration strategies and get you more accurate results of today’s quantum computing hardware. With the new DM1 simulator, you will be able to simulate up to 17 qubits and you will be able to run up to 35 simulations simultaneously, in order to accelerate your experiments. Also, for fast debugging and prototyping you can now use the local noise simulator available on the Amazon Braket SDK.

The problem with today’s quantum computers is that they are inherently noisy. Almost every operation that is running in a quantum circuit is prone to producing errors, making the calculation results of the computation to mismatch. So, in order to develop some better algorithms that are less prone to the effects of errors, the researchers need to simulate noisy quantum circuits, and this solution has to be cost-effective and convenient for usage. Amazon Braket offers the solution for this problem and with the Amazon Braket SDK, you can easily add custom noise models to existing or new circuits and run them with just one line of code on the new DM1.

The DM1 offers you the same pleasant experience as the other managed simulators on Amazon Braket. With this solution, you don’t have to run complex infrastructure and software to make use of running parallel execution of quantum circuits. This solution helps you to iterate faster in your algorithm design. After your algorithm is ready you can run it on quantum hardware with just a few minor changes to your code. The DM1 is the newest quantum circuit simulator in Amazon’s Braket lineup of simulators. Other managed simulators include the SV1 which is a general-purpose state vector simulator, and also the TN1, which is a tensor network simulator for structured quantum circuits. The DM1 is available in all the regions where Amazon Braket is available.

With this service, Amazon joins the big players in the quantum sphere in the names of IBM Q, Microsoft’s Quantum Azure, and the Canadian’s D-Wave and Xanadu that we recently wrote about.