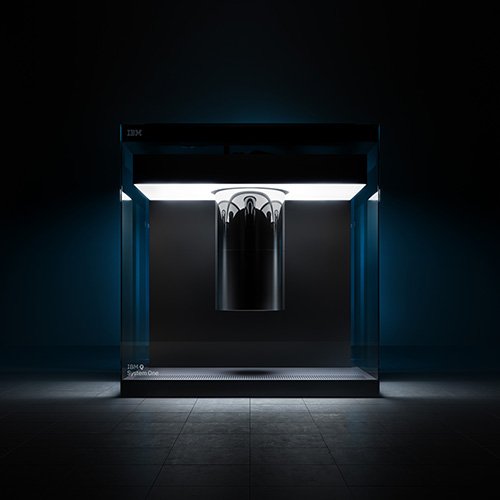 Back by popular demand, we are highlighting one Quantum Computing company each day. There is no particular order by which we choose companies, but yesterday there was a request to cover IBM and one other start-up, but we decided to go with IBM today.

Is IBM the Quantum Computing start-up you haven’t heard of?

IBM is famous for being big, huge in-fact. Those three letters have been eponymous with large corporate computing for years, decades in fact. But whilst the technology revolution has moved away from the desktop and the IBM PC (IBM pioneered the standard) towards mobile, IBM have continued to innovate in the Quantum Computing space, as indeed they have traditionally done in sectors including Hard Drives to fundamental computing.

All the while though, the name (IBM) has been disappearing from consumer use. If you went back just a few years then many offices and homes had IBM branded products such as the ThinkPad (notepad) and desktop machines and even (going back a while). However that does not mean that IBM have been asleep at the wheel. IBM with its hundreds of thousands of employee’s around the globe has been steadily working on Quantum Computing for a number of years.

Go back three years and IBM was the first release their public Quantum Cloud solution (gate computing) which allowed just about anyone to use a Quantum Computer for the first time. Starting with just 5 Qubits they have steadily increased the number of Qubits to 53 and it looks like they are not finished yet. The early days gave researchers an opportunity to actually use a quantum computer for very first time, rather then just simply simulating one.

IBM has managed to double its Quantum Volume every year since 2017, when it first demonstrated a Quantum Volume of 4 with its five-qubit computer called Tenerite. Now at 53 qubits and a quantum volume of 32.

As expected for IBM its setting its own standards and has come up with a smarter way of measuring progress in the quantum computing race, rather than just measuring the number of Qubits, which doesn’t always take into account the complexity of what can be computed (hence Quantum Volume).

Anyone can be an Experimental Quantum Physicist

IBM state that their system is open to anyone. And that appears to be the case and for anyone who is familiar with Qiskit the popular Quantum Computing framework they are able to run on IBM hardware.

As you would expect there is plenty of documentation along with tutorials to help those get on-board with the IBM Quantum Experience online cloud.

Being based on the open source Quantum Framework Qiskit, IBM has an advantage that established researchers are ready to integrate with IBM’s system with relative ease. Other platforms competing with Qiskit are the Quantum frameworks from Microsoft (Q#) and a myriad of other frameworks for example PennyLane from Xanadu or Forest from Rigetti.

The role of experimental quantum physicist is now available to anyone with internet access. (IBM Q)

However going with an existing user base is a smart move for IBM as there is a huge amount of support . IBM already contributes a great deal to open source projects such as Eclipse and Linux and Qiskit looks in sympathy with its aims to support its ecosystem.

Challenges Ahead for IBM

IBM took the lead, but it must maintain its stance against upstarts who are perhaps closer to the some of the problems that people are working on, for example companies such as Xanadu who are working on areas such as Quantum Machine Learning and therefore can tailor their offering to solving these kinds of issues.

The rise of Amazon is a tough one. IBM does not have a huge degree of cloud penetration. It seems the world’s corporates run on Amazon AWS (Amazon Web Services) and Amazon’s recent move into the Quantum space is likely to help people bridge the gap into the Quantum because they already run AWS.