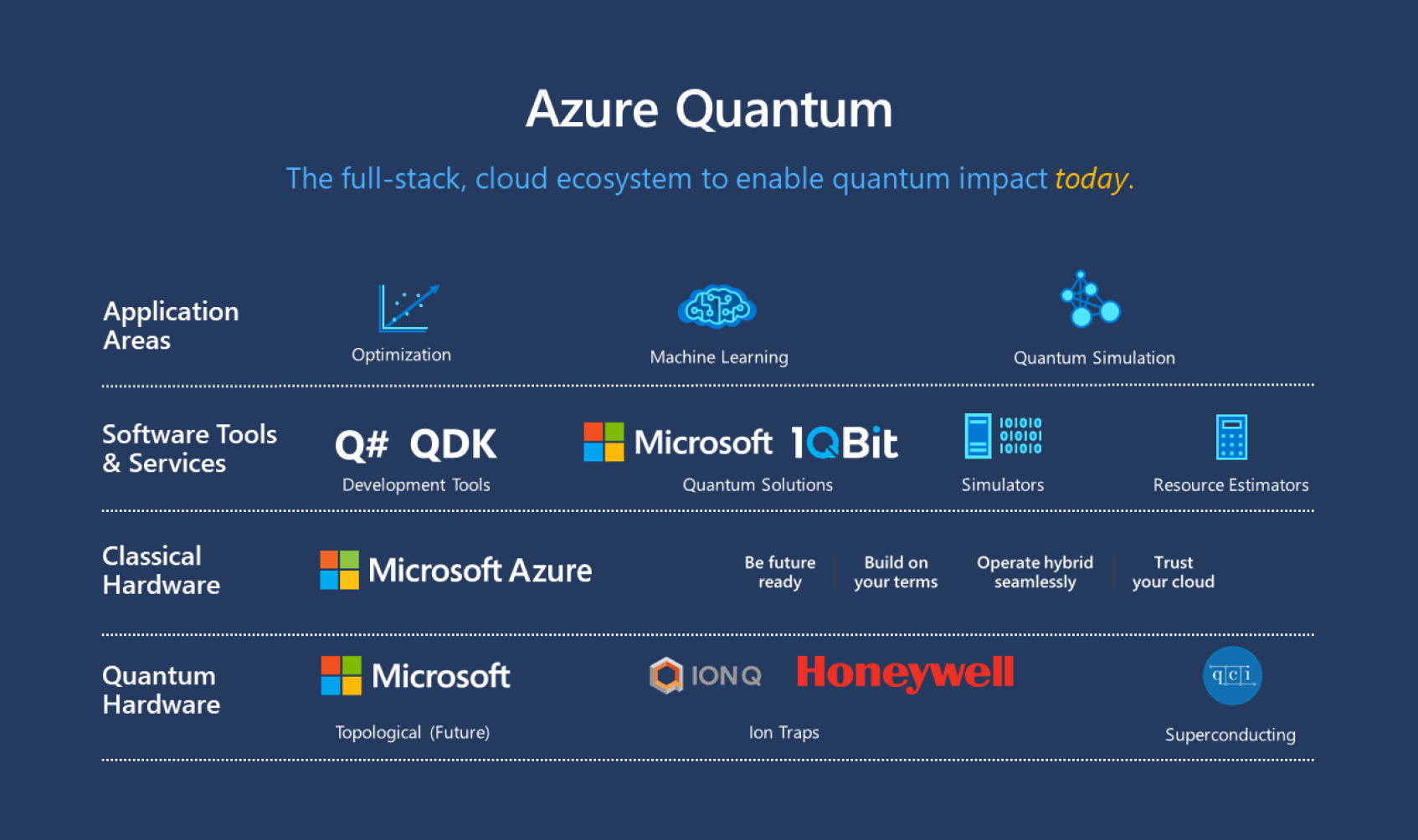 Microsoft is one of the larger technology companies that has invested heavily in Quantum technologies by developing it’s technologies for both hardware and software tooling and language too (Q#). It is now taking Quantum to the cloud by bringing it to its popular Azure platform. Amazon is one Microsoft’s main competitors in the cloud computing and now cloud quantum computing space.

Yesterday at its Virtual Build Developer Conference, the company said its offering the Quantum platform at a preview stage. It has a number of hardware partners who will provide the quantum computing platform, such as 1QBit, Honeywell, IonQ, and QCI.

Also pushing on the education front, Microsoft which has in the past launched a YouTube channel called Quantum Impact, also launched new courses for learning Quantum Computing. The two courses are: “Create your first Q# program by using the Quantum Development Kit” and “Solve optimization problems by using quantum-inspired optimization“.

This is exciting news from Microsoft as it brings the fight directly to Amazon to get more developers and researchers onto the Microsoft platform. Neither Amazon or Microsoft were first to the Quantum cloud, IBM were, but Microsoft and Amazon AWS have more cloud computing dominance.