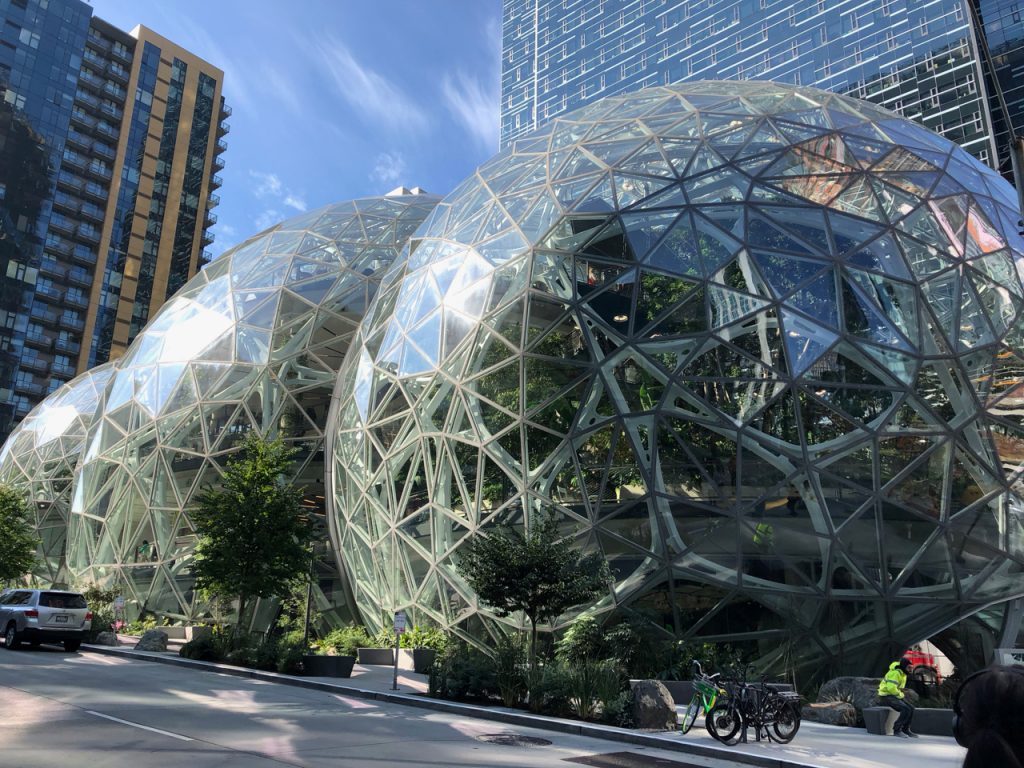 Not even one year ago Amazon launched its quantum computing cloud service. The service named Braket. No that is not a typo. Braket is named after the notation that quantum scientists used: Bra’s and Ket’s. But the name will likely just be called “bracket” in terms of pronunciation, we suspect. Now Amazon is making Amazon Braket open for General Release.

Amazon have listened to the community and have realized that its cloud customers are exploring quantum computing in the cloud and for AWS to remain competitive it must offering Quantum services. The introductory video on Amazon Braket page is humorous and highlights the difficulty of explaining quantum computing.

Amazon in not building Quantum Hardware and works with a number of Hardware vendors such as Rigetti (super conducting), IonQ (Ion trap), D-wave (quantum annealing), allowing you to choose the appropriate back-end for your problem. For example, some problems may be solved by optimization with a high number of qubits and naturally suit D-wave style architecture. For many applications users will be looking at gate based circuits that will typically lend themselves to architectures from Rigetti and IonQ.

But what can users do with Quantum?

There are a number of potential use cases that the community is particularity interested in exploring. Many researchers are interested in using quantum computing to explore simulating quantum systems in physics and chemistry. This could lead to new materials and new drugs being discovered.

As men before, Amazon is not the only quantum platform. There are quantum platforms from the hardware providers themselves. We have Xanadu (Penny Lane and Strawberry Fields), which is gaining immense popularity in the Quantum Machine Learning space with it’s extensive easy to use frameworks and its photonic quantum hardware.

Canada’s D-wave has Leap-2 its framework for quantum workflows and is one of the more mature offerings since it was the first to sell Quantum Computers. D-wave’s machines are very different in architecture and are typically used for certain problems (they are not gate based).

Texas based Strangeworks (I absolutely love their name) have a hardware agnostic quantum platform and their user interface is one of the best designed we have seen allowing jobs to be run on different platforms such as Rigetti, D-wave, Google, IBM and Microsoft.

IBM Q feels like the grand-daddy – it certainly started my interest in actually being able to build real quantum circuits. As you would expect from IBM it offers a dedicated experience as IBM own the entire stack.

Quantum Azure from Microsoft is similarly like Strangeworks, hardware agnostic with a number of key hardware providers including Honeywell and IonQ (also on Amazon).

Google has been a big player in building hardware, qubits, but also in building tooling, and is behind a popular open source language called cirq and have quantum equivalents of its machine learning tools: Tensorflow Quantum.

Interestingly Microsoft and Amazon have chosen to the enter the quantum hardware space. Although Microsoft was working on topological qubits, this qubits are a long way from prime time. The Amazon and Microsoft strategy is quite in contrast to IBM Q, which literally does end to end. What will be interesting to see, is that even though IBM was first to the quantum cloud, it may not maintain a lead as many organizations use Amazon AWS for cloud infrastructure, so switching on Braket will be a natural jump off point for many of these organizations. We wrote recently about how IBM can cement its lead on other quantum offerings in the marketplace.

D-Wave’s technology uses quantum annealing to solve problems represented as mathematical functions (resembling a landscape of peaks and valleys). Their QPU is built from a network of interconnected superconducting flux qubits. Each qubit is made from a tiny loop of metal interrupted by a Josephson Junction.

IonQ’s trapped-ion approach to quantum computing starts with ionized ytterbium atoms. Two internal states of these identical atoms make up the qubits, the basic unit of quantum information. The execution of computational tasks is accomplished by programming the sequence of laser pulses used to implement each quantum gate operation.

Its been four years since the release of the popular IBM quantum service which has grown in both the number of qubits available and tooling around building circuits.