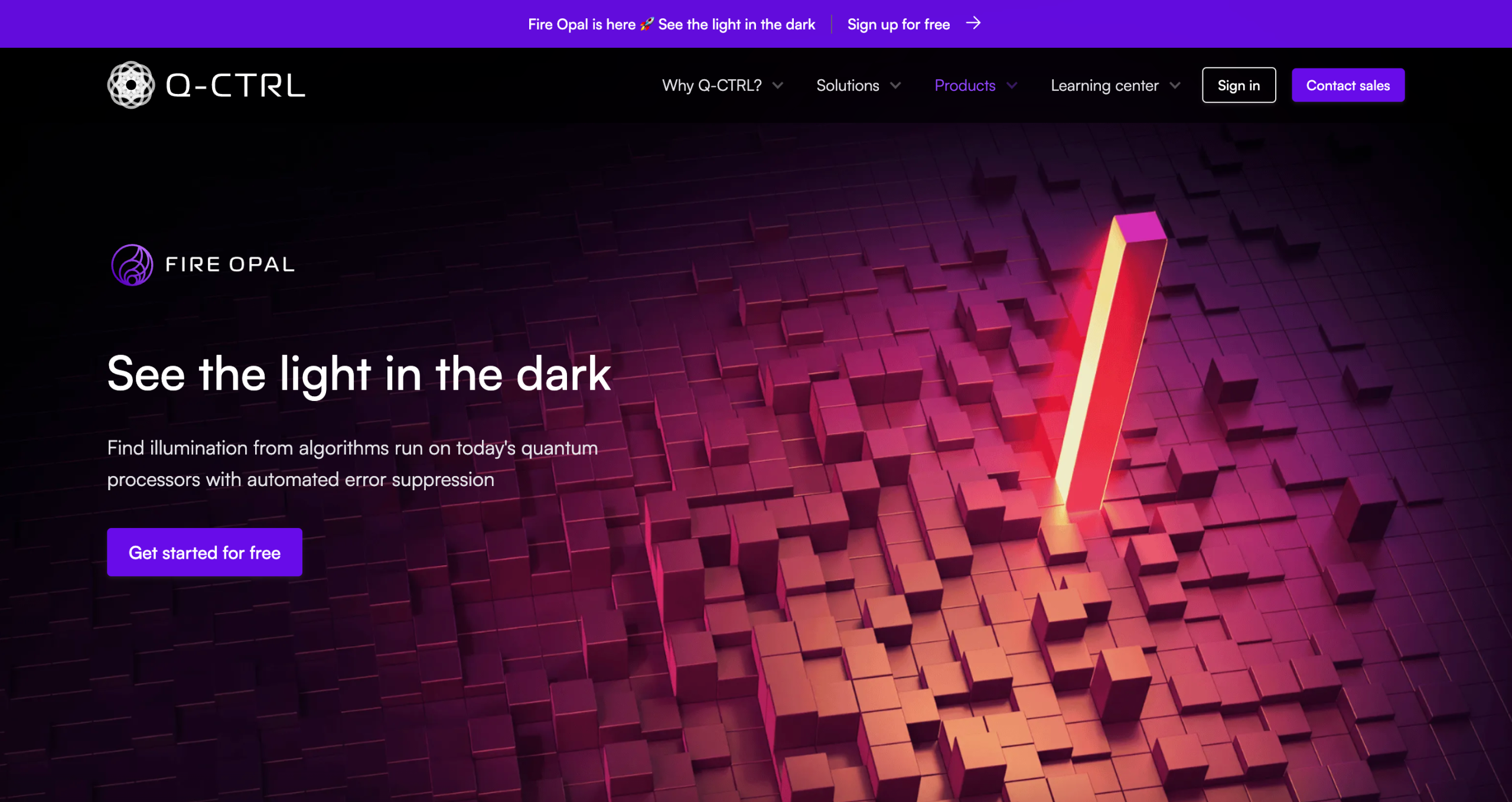 Q-CTRL, a quantum software development company based in Australia, has unveiled Fire Opal, an intuitive software package to help algorithm writers achieve better results from today’s quantum computers. The company made the announcement at Q2B, a trade exhibition for the quantum sector in Santa Clara, California.

Quantum computing holds much for the future. It’ll cause advancements in various industries, from medicine to communication and banking. But most quantum computers are error-prone, so they can only execute the shortest and simplest algorithms before errors accumulate and render the computations worthless. For quantum computers to truly be as helpful as classical ones are, it is necessary to improve the quality of results obtained from their processors.

Through pioneering research, Q-CTRL addresses the barrier of hardware error in its quest to make quantum computers functional. Its capabilities with real quantum algorithms have been regularly confirmed by pre-release beta customers, who have reported outstanding performance and efficiency advantages.

The company recently demonstrated this through experimental benchmarking tests of Fire Opal using benchmark methods comparable to those employed by the US Quantum Economic Development Consortium (QED-C) and proxy measures developed by IBM, such as Quantum Volume.

Fire Opal, the hardware agnostic software, is now available in the cloud as a fully automated software package allowing developers to boost quantum algorithm performance and reach otherwise impossible results from real quantum computers. It is fully automated, requiring no user intervention, setting, or adjusting. The underlying method for error reduction needs no additional compute time for the customer, decreasing quantum computation costs by up to 100x compared to competing methods.

The early version of Fire Opal offers interaction with IBM quantum devices, with other backend providers on the way, allowing users to improve algorithm execution on genuine quantum computers available through the cloud. Future Fire Opal updates will enable access to many new backend providers and enhanced features. On premium accounts, this means full support for optimized Quantum Error Correction syndrome measuring and decoding and hardware-optimized execution of hybrid algorithms like QAOA.

The launch of Fire Opal follows the introduction of Black Opal Enterprise, Q-CTRL’s flagship edtech solution designed to prepare enterprises for quantum computing. The company, with its partners, is building a larger quantum ecosystem to make usable quantum computing available to any company or individual looking for an edge in their operations or research.