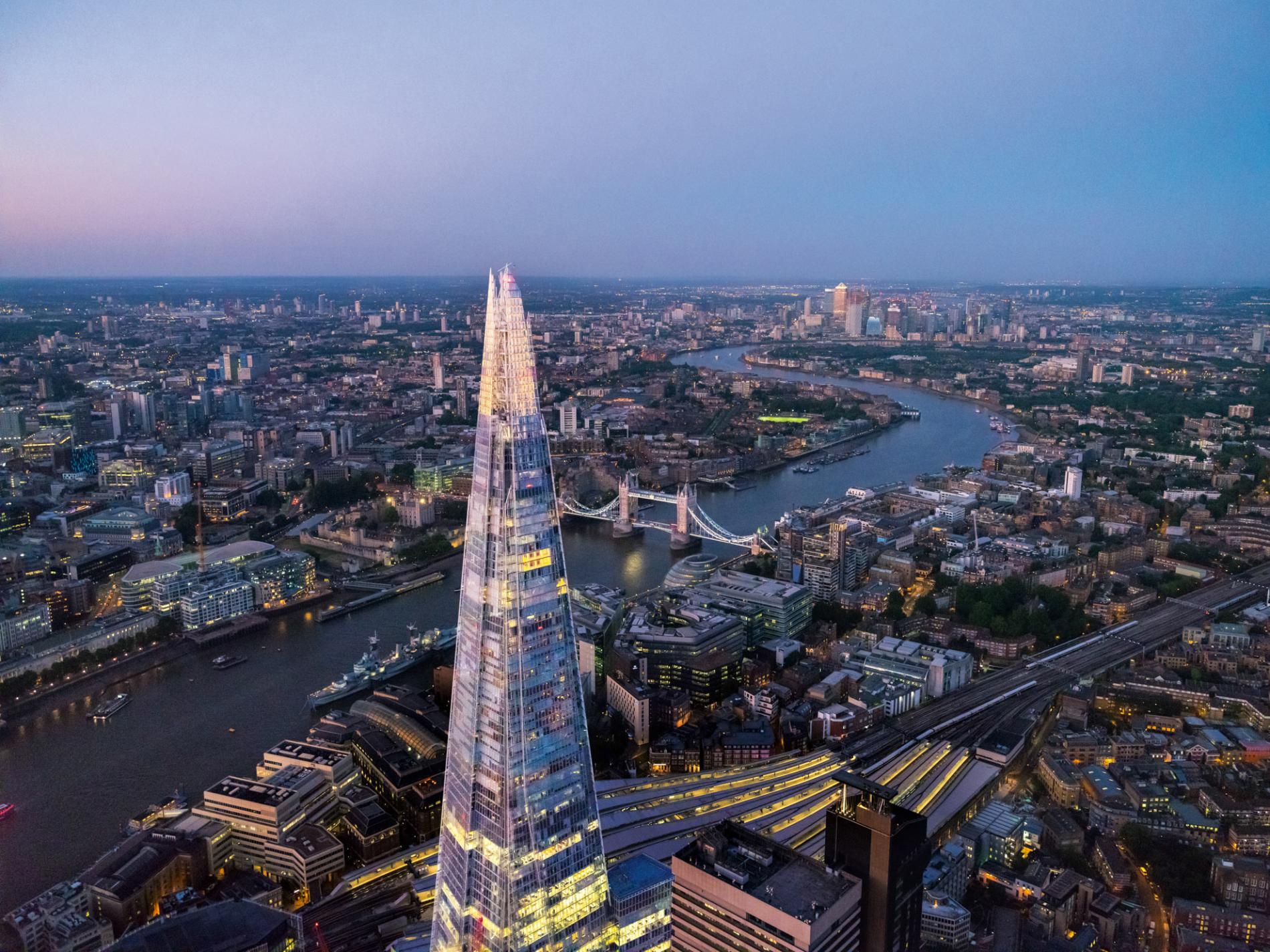 There was a recently published article (in the British Daily Newspaper The Telegraph) about fledgling Quantum startups in the UK (United Kingdom) asking the government to help out their industry which has been hit and likely to be hit further by the ensuing Corona Virus crisis.

According to the article, nine UK based Quantum start-ups have approached the government looking for support. Those companies include Cambridge Quantum Computing, Rahko and Oxford Quantum Circuits.

We won’t explain Quantum computing or how important it is. You might be able to tell we are passionate about this nascent but hugely important field to many industries.

Is the Quantum Computing Party over?

Investment is drying up the world over. As stock markets swoon from the fall out from Corona, investors are doing what they always do – avoiding some of the longer-term bets – until there is a clearer horizon. For some of the Startups involved in obtaining capital – this is not good news as much of the Quantum world is not providing near term commercial solutions.

Right now looking at the world, with shuttered research (unless you are doing pen and paper research) you might think the world is very bleak. Even conferences are postponed or have gone virtual. That chance encounter with an investor is looking ever more rare as events move to Zoom or do not happen at all. Look at QCTIP happening by Zoom and Slack.

But perhaps the worst aspect of it all is the uncertainty. With much of the world and the UK included in a shut-down, getting about normal daily life is hard – let alone thinking about longer term projects that are higher risk (which we would class many Quantum Projects as). With queues at the local supermarkets and no known end in sight for lock-down, spending on “big science” is perhaps far from anyone’s minds.

Lets get this out there. One of the biggest challenges Europe faces in the competitive fight against North America is its lack of platforms. We see this in the digital space. When was the last time you used a European search engine or shared a photo on a European Social Media platform?

Why is this point important? Well sadly many European businesses whether in the digital or quantum space are building the apps that run on these platforms or smaller products to support them, but not that the actual platform itself. When you look at the major players in the Quantum Computing space – they are all North American (IBM, Google, Microsoft, Honeywell, D-Wave, Xanadu, Rigetti) and they have big money poured into them or accessible from other parts of their business. There are issues here. Because the UK has no European dominant digital platform (search engine for example, social network), there is not the cash generating platform that can allow for quantum R&D. Google, Microsoft et al generate cash in many ways that they then invest in Quantum Research. Quite literally advertising income from Google gets spent doing Quantum Research. There is not enough money, despite all the platitudes, being invested into creating a European supported platform. Support may not come from industry, but may need to be heavily supported by governmental bodies across multiple countries.

The same story was relevant even in the early 2000s with the lack of digital platforms. For example, the UK saw influential spinouts from Cambridge University such as Autonomy which could have been a digital platform for the UK. Instead, it got sold (controversially to HP), providing several billion-dollar exits for its founders. The same story again with the British company Wolfram (founded by Steven Wolfram) which brought out its Wolfram Alpha product in 2009 which should have been a major contender for the likes of Google and Bing in the search engine space. Sadly both of the these amazing products never made it on their own (to a standalone platform with mass-market appeal) and compete against the might of Big Tech from across the pond. Britain has form on this – and it keeps happening.

Is the environment right in the the UK or (Europe) to launch and maintain a platform? Good question, but yes, the UK led the world in Classical Computing research and development – just look what Alan Turing achieved at Manchester University and look at Sir Clive Sinclair who birthed the Sinclair Spectrum after the ZX80 and ZX81 line of home computers. So the UK can do it. But we think a number of aspects are making R&D and the commercialisation of Quantum Technologies tricky in the UK.

A quick look at the comparative funding for UK companies vs American (North-American) I think its fair to say there is an order of magnitude difference in funding. Sure – its not always an apples and apples comparison. Companies in the US are getting funding in the hundreds or high tens of millions but in the UK companies are getting a few million. There is a wealth of difference in being to attract the kind of talent required to compete at the lower end of the scale. If Microsoft is paying its Software Engineering grads more than $100K right out of college, it is paying its highly prized Quantum People more (We talked to a few and won’t mention salaries but lets say “Very Competitive”), and that means any start-up needs deep pockets to compete to get the brightest people in the room.

The UK could be seeing a self fulfilling prophecy. Without a critical mass with which to further drive momentum and garner further support it will hit the rocks.

Although there is a glimmer of hope. Some of what has been built so far from the likes of Riverlane (Cambridge) seems to be extremely good value for money (based on their investment). Same for the likes of Cambridge Quantum Computing who are positioning themselves in such as way as to be platform agnostic with their tool-sets. There are are even consulting companies which have sprung up, which also add to the quantum computing landscape further entrenching industry with academia.

Quantum Funding no doubt will be hard to sustain in this environment and the UK presents I think some of the best bang for the buck in terms of investment. Salaries are more modest and real estate is cheaper (no competing with Mountain View or Toronto prices). There is also the backing of some of the largest and best research universities (a la Oxbridge) around providing a huge talent pool. Therefore we believe that modest sustainable investment will likely ensure the success of the whole Quantum space. Whether that leads to platforms that can compete with the rest of the world remains to be seen, but what is worse would be a Darwinian struggle where funded companies are left to die on the rocks meaning the UK has no skin in the Quantum game at all.

But that means investment needs to be sustained because it would be foolish to starve these companies right now when the potential to build a future quantum technology base for the UK is already there and happening. If we do not continue to invest then we risk losing any advantage or footing that we already have and the UK be compelled to be building apps while the Americans and Canadians build the infrastructure that all those apps run on and therefore will be the gate-keeper and forever maintain that dominance.

The UK now has a chance to show that it does support deep tech and will ensure that the purported advantages of Quantum Computing can benefit the wider community. Because if it doesn’t and allows the field to be furloughed there is a every chance it never comes back.

Of course the elephant in the room is who pays for the developments and so far there have been a mix of institutional investors and some government funds.

The past investment may not be enough. Bridging the gap between venture funds that have been brave enough to the step into the Quantum space, who now may reconsider follow on funding, needs to be bridged. Who will plug that gap now?

Lets see whether the UK will reach its ambition to invest 2.4% of GDP on research and development by 2027. We are watching closely.

Sadly we have been here before and allowed great British companies to be taken over, sold or dwindle away. Of course there have been a few great successes such as ARM (the RISC based processor designer) which is integral to much of the electronics we use today. The British should think like the Americans and realise that a thriving Quantum Computing sector will spin off all kinds of benefits and yes that means keep funding when other priorities come up. For if the UK doesn’t invest in its future you can be sure the Americans, Canadians, Chinese and Japanese are.