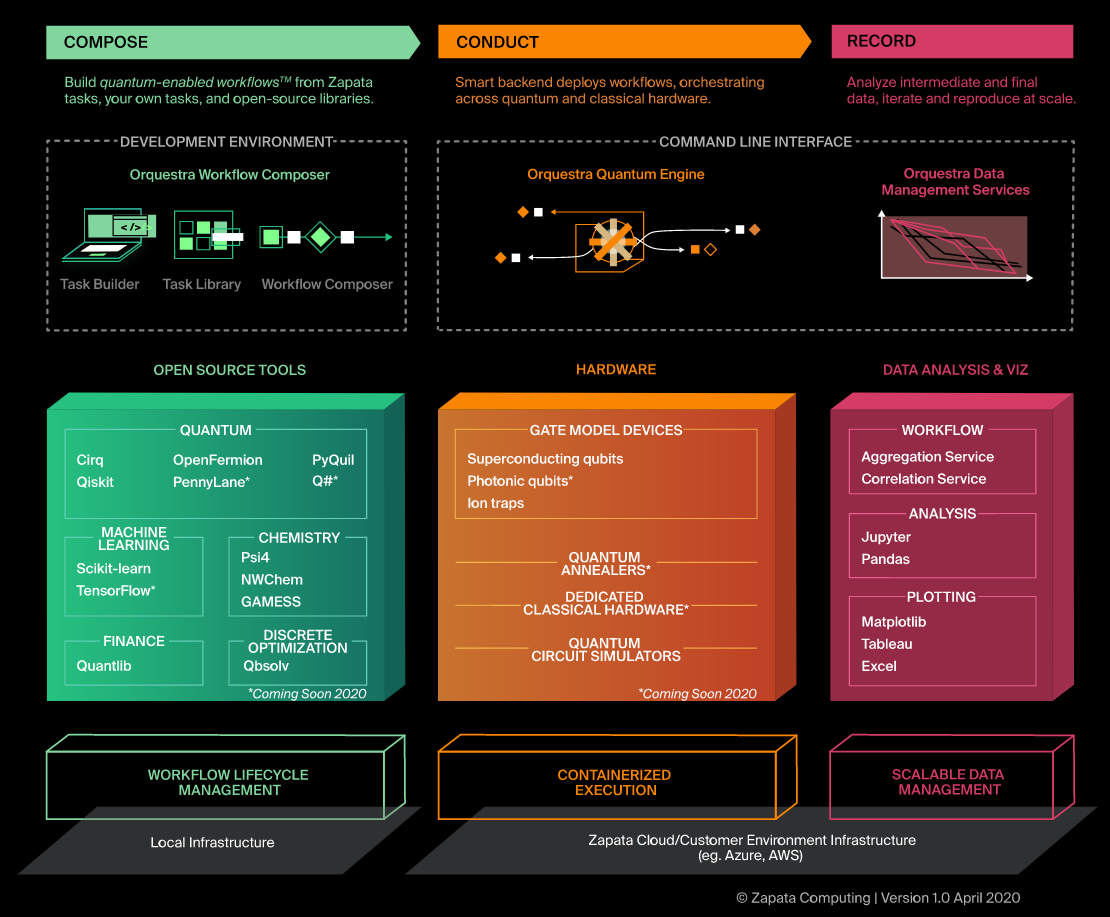 Despite skeptics having doubts about the ‘realness’ of the imminent field of quantum computing, there are many strides forward made even now. IBM recently released an ambitious roadmap that is hardware-based, and Zapata, a Boston-based quantum computing startup, announced its commercial release of Orquestra. It is an advanced software platform used to create repeatable quantum and quantum-based workflows and algorithms and can be used across industries and cases. The process involves a quantum engine that systematically groups together information and resources even when they are spread across both quantum and classical devices.

Previously, only Early Access participants could use Orquestra, but it is now able to be integrated with IBM, Amazon Bracket (which provides access to simulators), IonQ, Rigetti, and Honeywell’s System Model HØ. It is the first platform to allow value-added access to Honeywell’s system, which means that users can now directly run quantum workflows on the Honeywell machine.

Orquestra is designed for quantum use cases such as writing, manipulating, and optimising quantum circuits as well as running these across various devices. These devices include quantum computers, simulators, and HPC resources. Orquestra provides the following functions:

Optimised open-source and exclusive algorithms can be supplied by extensive quantum algorithm repositories. Code can be combined by users from various different quantum libraries for workflow management systems. Many different quantum and classical backends can be run and benchmarked.

Zapata is a startup based in Boston which spun out of Harvard in 2017. It is a company devoted to developing quantum software and algorithms. The founders of Zapata were involved in the creation of VQE, the originator of Variational Quantum Algorithms. More details on Orquestra can be found on its dedicated website. We featured Zapata as our Quantum Computing Company of the day back in January 2020.