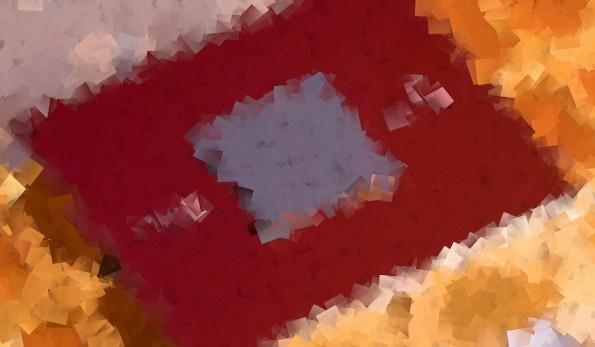 1. It is real and happening now

The origins of Quantum Computing date back a few years, starting with Richard Feynman and David Deutsch. The latter was the first to show there was a quantum algorithm advantage possible. That is that some algorithms could be run faster using quantum mechanical principles than existing classical computers. That doesn’t apply to all algorithms but in principle, it works. Later algorithms emerging from the likes of Peter Shor and Lov Grover have shown that Quantum Computers may be able to factorize numbers much faster and searching can be done faster than conventional algorithms.

2. Serious money is being pumped in

Many large technology companies are exploring Quantum Computing. The likes of IBM, Google, Amazon and Microsoft all have research divisions that are working on various aspects of QC from algorithms to Hardware.

Many venture capitalists around the globe are investing in Quantum Computing companies. There are a few successful names emerging such as Xanadu, Strangeworks, Oxford Quantum Circuits, Cambridge Quantum Computing. For technology historians much mirrors the evolution and development of the classical computing revolution decades ago.

3. You can use one right now

Approximately four years ago IBM opened the doors to anyone to use their quantum computers in the cloud. Other companies have followed suit, but IBM remains one of the flag bearers of the Quantum Cloud Computing movement. Other companies are busy catching up with IBM launching new services.

Even if you don’t want to connect to an actual Quantum Computer you can use one of the many simulators which will help you understand how QC’s work. There are a few different frameworks/languages out there such as Qiskit, Cirq, Q# all with their own advantages. Check out some of the quantum tutorials to learn more.

If you want to use a Quantum Computer you can do so with the following providers:

4. It might create the industrial revolution of the future

Bold promises, but QC has the potential to impact so many industries and disrupt many others. Quantum Computing is being exploited by a number of industries such as Finance, Manufacturing and Pharmaceuticals. Many researchers have already shown applications in the use of traffic routing (Volkswagen) and in manufacturing (Ford, Volkswagen). Companies such as Merck (pharma) are busy exploring applications for drug discovery.

Then of course some of the headline applications such as Shor’s algorithm are creating a whole industry of Post Quantum Cryptography. That is to say, cryptography cannot be attacked by a Quantum Computer.

5. You can learn how they work (in a weekend…almost)

No doubt that Quantum Computing is a complex affair. But that doesn’t mean some active work won’t help you understand some of the fundamentals. It’s safe to say that the best way to understand Quantum Computing is through the language of mathematics. There are some fantastic books published on QC which you can see reviewed here. There are some notable inexpensive books aimed to get you up to speed with Quantum Computing: 1) Bob Suitor’s Dancing with Qubit’s and 2) Jack Hidary’s Book are both great introductory texts with enough technical content to get you some real understanding.

But increasingly there are dedicated online courses from the likes of Brilliant (QZ gets commission for purchases) and EdX offering MOOC style courses you can complete at your own pace.

6. It won’t cause the end of the universe

Quantum, just sounds hokey to many people. But Quantum also seems to conjure up fears of things many do not understand. Some have reasoned that Quantum Computing might lead to massive intelligence that could eventually replace humans. We are not particularly worried about this scenario and we think you shouldn’t.

There sure are some interesting consequences of using Quantum computers. One of the fathers of Quantum Computing (David Deutsch) suggests that the computational speed-up comes from exploiting the Multi-verse.

7. You cannot run every algorithm faster

There is a misconception that Quantum Computers can do every calculation faster. This is simply false. So far only certain algorithms have been shown to offer speed advantages. These algorithms are Shor’s, Grovers and HHL for example and work for only specific use-cases. Many researchers are still very excited about being able to run even these algorithms which could revolutionize many fields. As you would expect, they won’t stop there and the hunt is on for more algorithms that show quantum promise.

8. There is not one defined technology, as yet…

Much as in the early days of just about any industry, there are competing technologies. Same in the Quantum space – where there are rival technologies for building qubits – the fundamental building blocks of Quantum Computers. In the competing mix are technologies employing light (photonics), superconductors and semi-conductors. There are even topological qubits (from the likes of Microsoft).

9. Entanglement and superposition are words you’ll be hearing a lot.

You might have heard these in common parlance perhaps in science magazines. But these two words contain much of the power of quantum computing. They are real effects and understanding them will help elucidate a lot about how Quantum Computing works. They are not simply esoteric hand-wavy explanations for the way the world works.

Again there are great resources and great people in the growing quantum community. For example, Kitty Yeung from Microsoft has created an amazing comic series to help people learn quantum computing.