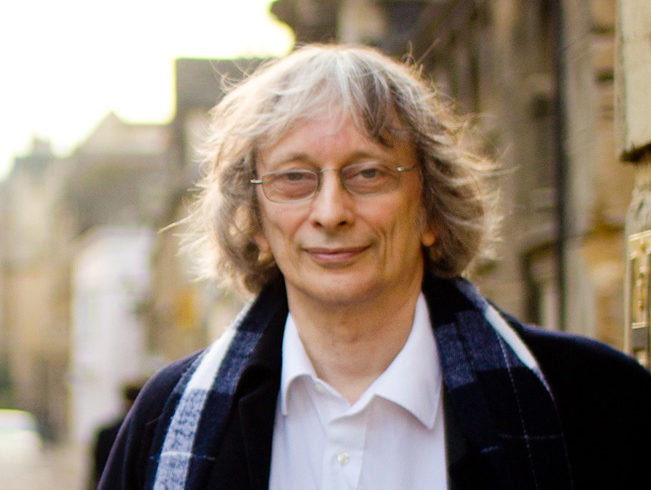 Sure there is Wikipedia, but we thought we’d delve a bit more into the one person who might be described as the father of Quantum Computing. Let’s be clear David Deutsch is not the first to come up with or originate (Richard Feynman can likely take that credit) the idea of Quantum Computing, but he certainly put Quantum Computing on the map – by proving Quantum Computers can achieve a speed advantage over classical computers.

What did David Deutsch do?

Beginning with his algorithm which is co-named with Jozsa. The Deutsch–Jozsa algorithm is seminal because it showed some of the first principles of Quantum advantage and therefore Quantum Computers offer the ability to perform some types of calculation faster than ever achievable on classical or normal hardware. David Deutsch in 1985 initially came up with his ideas which would go on to be called the Deutsch–Jozsa algorithm. Later other algorithms would also be shown to offer speed up: Grover’s and Shor’s. The latter algorithm causing immense excitement because it could undermine most security protocols based on public-key encryption, allowing a number to be easily factored. Without David Deutsch there likely wouldn’t be the interest in the field which led to later developments. The race continues to find more algorithms that offer a Quantum speed-up over classical methods.

The Deutsch–Jozsa algorithm illustrates that a Quantum Computer has key advantages over classical computers in that principles underpinned in Quantum physics can be used to harness computation that is otherwise unavailable to traditional or classical computing. The set-up is rather contrived but it serves to illustrate how the algorithm works and provides a speedup over existing methods.

The Deutsch-Jozsa algorithm involves a black-box or oracle and the ability to query that oracle with a single call instead of multiple calls that would be required with a classical algorithm. Strange as it may seem that means that a traditional classical set-up can be manipulated into the type of query that DJ can be applied to then Quantum speed-up can be found. We won’t go over the exact details here. But this is where it all begins. For those who want to follow the exact setup then there are plenty of books available where you can go through the exact details.

Where is David Deutsch now?

He has spoken at TED on a number of occasions about the survival of our species, not just Quantum! More recently has spoken on topics about how humans may be creating a very different future from the past billions of years of monotony. Very interesting, entertaining and far-reaching. Prepare to be fully challenged.

Can I read his books?

One way to understand some of the more fundamental thinking and philosophy behind quantum computing from DD is to read one or both of his two books: The Fabric of Reality and The Beginning of Infinity – which are not textbooks and are accessible for the curious reader. But they contain plenty of physics and are pretty provoking in terms of the philosophy behind quantum physics.

The Beginning of Infinity

In this 2012 profound and seminal book, David Deutsch explores the deepest reaches of our current understanding, taking in the Hilbert Hotel and even the basis of optimism. Buy it here.

The Fabric of Reality

This 1998 book explore ideas uniting Quantum Theory, and the theories of Computation, Knowledge and Evolution. Understand some of the thinking behind the world in which we inhabit. Buy it here.

A what? Here we should introduce Many Worlds and Hugh Everett. Hugh Everett was one of the leading proponents of the many world interpretation of Quantum physics. Basically scientists do not agree about how we should interpret the strangeness of quantum mechanics. One perhaps controversial interpretation is that of Many worlds. In a nutshell that means that instead of the “considered” view-point where wave functions are collapsed, the many-worlds interpretation (MWI) is an interpretation of quantum mechanics that states that the universal wave function is real, and that there is no wave-function collapse (Copenhagen Interpretation). This leads to the rather uncomfortable realisation that all possible outcomes of quantum measurements are physically manifest in some “world” or universe.

About the Man, the theory of Many Worlds and the books provides a foundation for the Quantum interpretation (Everettian) philosophy of David Deutsch. Buy it here.

Who are his peers?

As you might expect David Deutsch has been recognised by his peers, he is a member of the Royal Society (FRS) and has been awarded the Dirac medal for “building the foundations of quantum information science”, alongside other notable researchers such as Charles Bennet (Quantum cryptography) and Peter Shor (famous for his factorisation algorithm).

Comparisons are hard, but there is somewhat of a feeling that DD is the modern equivalent of Alan Turing. After all they both showed the world how to perform computation (one classical and one quantum). Perhaps up there with Richard Feynman, David Deutsch has inspired multiple generations of researchers keen to uncover the real story behind the universe by exploring Quantum Physics and harness Quantum Computing.

Without the beginning of proof that Quantum Computers can work fundamentally in a way that could yield a speed advantage, it is likely there is no field today that we call Quantum Computing.