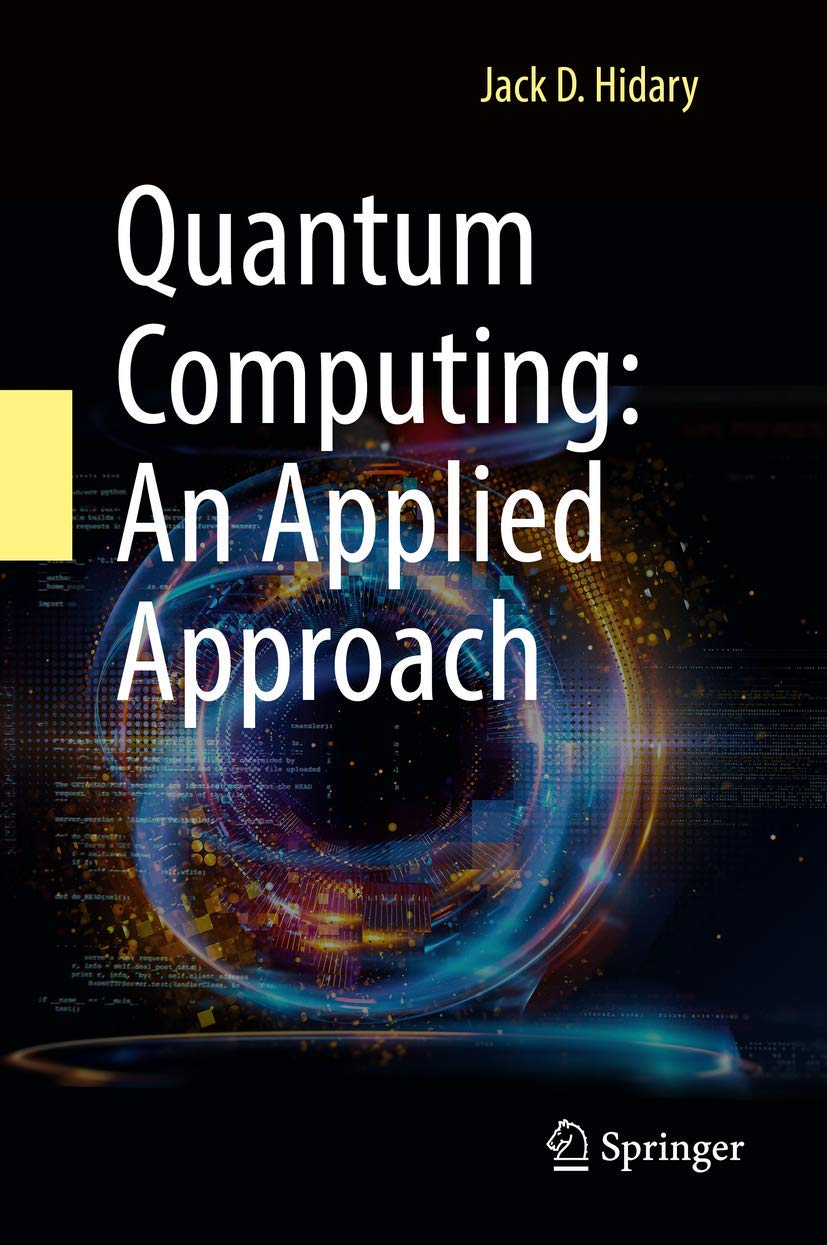 When we purchased this book one of the very first things we noticed was its price. Published by Springer and also hardback, the book retails for a little over 25 bucks! The book, therefore, presents an inexpensive way to understand Quantum Computing as the applied moniker says – less about the theory and more about the practical applications.

Jack D. Hidary is a research scientist in quantum computing and in AI at Alphabet X, formerly Google X, so he comes from one of the builders of Quantum computers and the Quantum framework called Cirq. Therefore no surprise that for the code examples Jack uses Cirq. So in a way, the book serves as an introduction to Cirq, even without loss of generality for different frameworks. Robert Suitor’s book: “Dancing with Qubits” is more tailored to Qiskit which is supported by IBM. Your choice of this book may then ultimately come down to the choice of Quantum Framework.

Several algorithms are outlined, as are the basics of gate operation and basic circuits. Some details have been left out though and that can be quite difficult to accept. I really wish this book had been longer and devoted more attention and content to some of the algorithms such as Amplitude Amplification for example. The books in this genre are doing a difficult job of bridging the full textbooks and those wanting to jump right in now, and there is never enough paper to do any of these topics justice without writing another full textbook. The take-home from this book should be to give you a top-level view without bogging you down in the mathematical detail of Quantum Mechanics and provide enough of the basics so that you can generalize from those principles.

For a tiny amount paid for a book in this field, you could also get a jump start on the Quantum field. It’s a good introduction and enjoyable enough even for people who know the field. You may not be able to use it as a complete reference but does have value in bridging that gap between “academic” and “programmer”.

You can purchase the book from your favourite online retailer. I would love to say local bookstore (but perhaps only if you live near or in a university town).