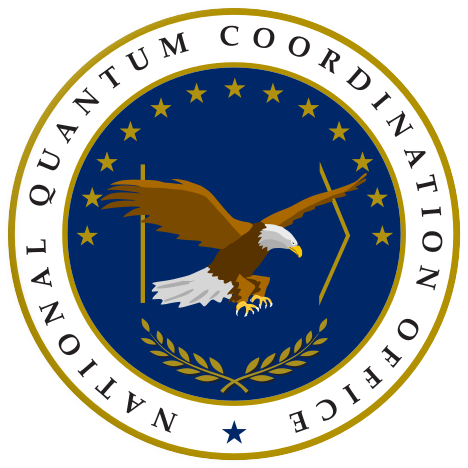 On the 7th October 2020, the White House in the United States released a report, named Quantum Frontiers: Report on Community Input to the Nation’s Strategy for Quantum Information Science. In it, there are eight identified frontiers that have problems impeding progress. As a result, the American government sought advice and help from the quantum community, and this report describes some solutions to these problems.

In this article, we will provide a summary of the frontiers, and if you wish to read the report in full, a link will be at the bottom of the article.

The eight frontiers are:

We’ll outline these in a little more detail below in an easily digestible form.

Quantum Information Science (to be referred to as QIS from this point on) is a field that the US is attempting to accelerate, though one problem is that the current technology is still not advanced enough and needs to be developed further. The government also needs to consult more QIS scientists and experts, as a means of making QIS technology practical and affordable while being cutting-edge and never-seen-before.

Building the Discipline of Quantum Engineering

The physical elements of quantum computing now are quite limited compared to the machines envisioned by scientists. The software is advanced as well, though the hardware is still trailing behind. The government intends to combine quantum physics expertise and engineers to produce powerful quantum computers, software, and support systems. Other than being powerful, the systems will have to be modular as well as being stable. They will be able to be used in large-scale quantum computing technologies and infrastructures.

As quantum information is stored in ions, atoms, molecules, solid-state materials, superconducting materials, and photons and phonons, this requires specialised materials in order to allow for the computers to function. This means that the United States government must drive materials science to collaborate with quantum scientists. The techniques and computers from a collaboration like this will be far more advanced than quantum scientists researching out of their field. Other than using existing and standard materials, new materials and concepts must be developed to push QIS to further frontiers. New materials can potentially create more practical solutions to quantum computing.

Simulations allow quantum scientists to test hypotheses and emulate real-life quantum systems without needing the actual quantum hardware. As Noisy Intermediate-Scale Quantum (NISQ) technology is the computers are what are available for QIS for the near future, developing an understanding of these systems is crucial. Simulations must be developed to test various quantum systems and gather data. Other than this, the algorithms used to simulate these systems must also be implemented in existing devices to gather data in their performance. This data can also be used to improve classical computers and gauge how practical quantum computing is as a whole.

Quantum computing can be used to fine-tune measurement standards. It is already used to calibrate devices like atom clocks and magnetometers. However, these can be improved even further with newer quantum theologies, which allow quantum scientists to save time and increase precision even further. This frontier also allows for the creation of new modalities and applications for quantum sensing in situ and in vivo. Some new methods to achieve this are entanglement and squeezed vacuum states. Entanglement specifically also can be used to improve measurements, pushing past old limits of accuracy and precision.

Recently, advances in entanglement have generated interest in its integration in QIS. Entangling qubits in separate models is a possible key to producing scalable quantum computers. To achieve this, the foundational components for quantum networks must be further developed. There is some progress, though very little. Quantum state transduction has to be optimised further as well, as the methods for this are not very practical now. Some researchers also identified a need for integrating infrastructure and engineering to facilitate entanglement. New methods must be developed. There is also a need for algorithms, applications, and more to be developed for quantum networking.

As quantum systems are extremely sensitive to the environment, errors can occur, causing decoherence. Current devices must be calibrated and made error-proof, and future devices must be made superior to what is available now. The performance of multi-cubit quantum systems must be evaluated, and new techniques to mitigate errors developed. New technologies are also approaching the fault-tolerant domain, but the path to reaching this stage requires increased expertise in error verification and validation. The use of current devices to expand the limits of qubit performance will potentially yield error mitigation techniques as well. Error is one of the most challenging factors to overcome, and much progress is needed to reach the high levels desired by the United States government.

Understanding the Universe through Quantum Information

Ultimately, the United States government wishes to understand the universe in this manner. QIS will be used to explore mathematics through powerful quantum computers. Complex quantum states can be further understood through these efforts as well. QIS can also be used to further uncover knowledge about physical theory and test new approaches to particle physics.

In short, the United States has eight main frontiers in quantum information science to explore and make breakthroughs in. This report was the result of the government consulting experts in the field of QIS, and organizes goals into a package for all to read. In the end, the United States intends to stay ahead in the quantum race, and this is how they intend to do that.

Surprisingly there was only a single quote mentioning the Quantum Internet and I would have thought this would have played a very important role in ensuring that quantum devices can talk to each other and one can have secure communications. But what we are excited about is that the government has taken notice and got behind the quantum advances to fund and support Quantum Science and Technology.

Link to the full report.