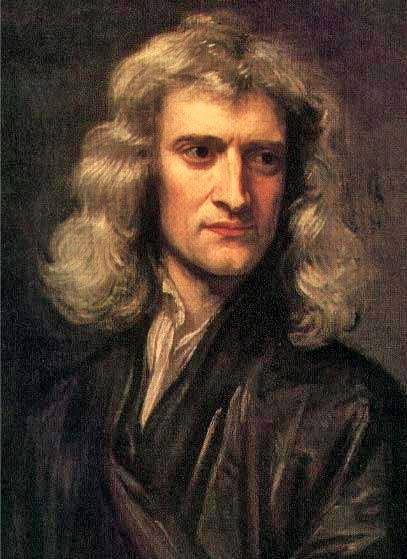 Ten Physicists who transformed our understanding of Reality – written by Rhodri Evans and Brian Clegg – (10 Physicists)  introduces the life and achievement of 10 world famous Physicists chapter by chapter. A short, simple and concise, and this book is easily read even who doesn’t have a good knowledge of science.

Unlike many biographies published – this book uncovers the private stories of ten physicists including their ugly, immoral, disappointing and human aspects. As we are in lock down due to Covid, I thought it would be fun to write a little about Newton as he had to escape London due to the black death in the 1660’s and this might provide some parallels or inspiration for our current times.

A Brief History of Newton

Newton was reluctant to publish his research to the science community due to the fear that other people would steal his ideas. It is known that Prof Issac Barrow who had taught Newton mathematics in Cambridge teased out of him ideas, sometimes enough to persuade him to publish his works. This reluctance of publishing his works caused unnecessary dispute over who developed calculus first with Gofried Leibniz in 1670s, later in Newton’s life. It seems Newton had indeed developed it first and had been keeping the knowledge to himself, but it was Leibniz who made it known to the scientific community. Unfortunately the young German mathematician died before Newton, thus had no chance to argue this when Newton was supervising the investigation over the claims and concluded Newton himself was the first inventor.

Ten Physicists who transformed our understanding of Reality

By Rhodri Evans and Brian Clegg – (10 Physicists) introduces the life and achievement of 10 world famous Physicists chapter by chapter. Read It.

As a lecturer and professor, Newton was notorious. Students avoided his lectures and Newton enjoyed his empty lecture hall so as to leave the hall and do his work. Throughout his 27 years of career as a professor, only three students are known to be under his tutelage and none of them had achieved any outcome known to us.

It is also disappointing to find this genius Sir Newton had been easily offended by fellow scientists’ criticism, which is not a desirable disposition for scientists. His lifelong argument with Robert Hooke, a curator of experiment in the Royal Society, is famous. Setting aside the tenaciousness of Hooke for finding any flaw from Newton’s theory published to the Society, Newton’s response to Hooke and like-minded critics were vicious and over-reactionary in some cases.

His ego was easily bruised and Newton ended up resigning from the Royal Society, retreating into his old passion alchemy. The letters exchanged between Hooke and Newton show that Newton certainly harbored a grudge against Hooke. Much later after Hooke died and when Newton was in a position as a president of the Royal Society, Newton led the campaign to move the Society from its home at Gresham College to a property in London. During the move most of Hooke’s equipment and the only portrait of him were lost. A sign of Newton’s continuing Vendetta even after Hooke’s death.

Around 1665, the great plague had reached England and was killing thousands. That was the time when Newton was just twenty years of age in Cambridge. Cambridge sent all staff and students home as a precaution and Newton also had to leave going back to his family home – for almost two years. During this break he developed ideas on universal gravitation (written in his journal this time), which led to his research on Geometry and differentiation for finding his theory on gravity.

What we can learn from him in this time of Corona crisis is this : do not waste of your time even in lock-down!