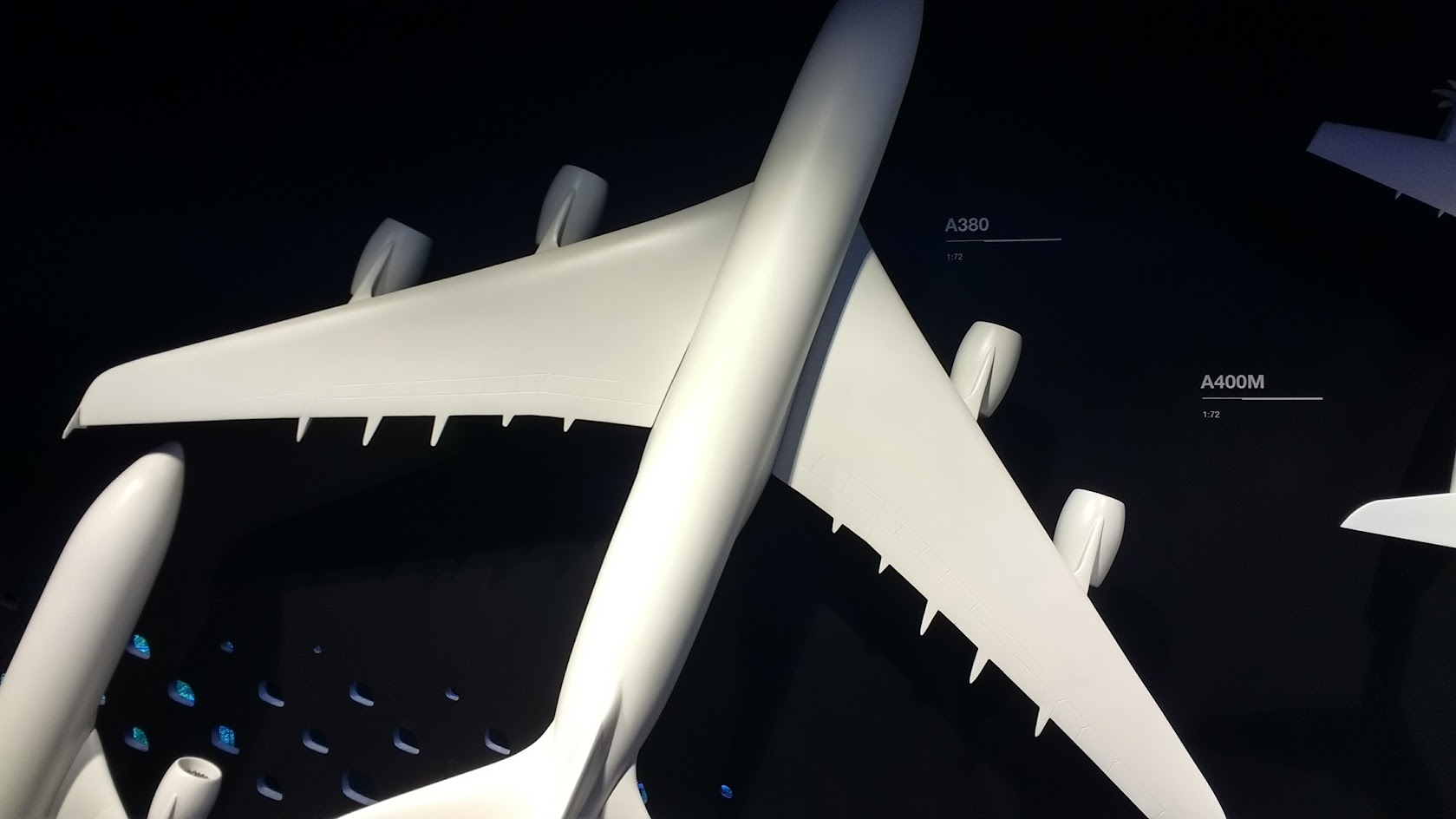 Quantum Computing is a relatively new industry with much of what is known about the industry being theoretical. This hasn’t stopped the individuals and companies on this list from driving the application of quantum computing in their various industries in order to solve problems, as well as to drive innovation and industry growth.

Amira Abbas had always loved mathematics, but one YouTube video comparing stock market movement to particle movement in space and time via the core equation of quantum mechanics fascinated Abbas so much, that she spiraled into thinking about quantum physics all the time.

After quitting her role in the financial services industry, Amia went back to school for a master’s degree in Physics. Today, she works as a research advocate on IBM’s Quantum Machine Learning (QML) Team where she conducts research with the rest of the IBM QML team on applying the potential of quantum computing to boost the performance of machine learning systems. She not only works on her research, but she is an IBM Qiskit research advocate as well.

The quantum machine learning team at IBM is working to supercharge the value that machine learning algorithms create in other sectors like healthcare, finance, commerce, and more, through the application of quantum computing to machine learning. Abbas first joined the team as an intern in March 2020 before coming on as a full hire in November of the same year, whilst pursuing her Ph.D.

Abbas has published papers with some of her QML team members at IBM, including her research paper on the power of neural networks with colleagues David Sutter, and Stefan Wörner. Much like Abbas’ research focus, the article centered around the quantum advantage in machine learning.

Steve Flinter is a Vice President of Artificial Intelligence and Machine Learning at Mastercard. What Steve Flinter and his team of researchers at Mastercard R&D are doing can be described as taking a leap into the future of banking and financial services. Steve and his team are exploring ways that quantum computing could push payment systems into new frontiers.

Flinter’s team at Mastercard in a $13 million Ireland-based initiative are working with IBM, the Tyndall National Institute, University College Dublin, and others to speed up the research on quantum computing applications in financial services.

According to Flinter, one of the applications of quantum computing in payment services could be to enable card transactions to move more efficiently through a payment network which most transactions currently do not.

Although much of the work in this space is theoretical at the moment, the funds and the prospects of what this could achieve are very real to Flinter and his team. Their goal is to turn their research and the potential of a quantum computing-backed financial services industry into a commercially viable product that could transform the industry all through the application of quantum computing.

In 2021, the data science giant announced its investment in creating a new Ph.D. program at Durham University focused on helping to identify the viable applications of quantum technology to provide solutions to data science problems.

Much of Dunnhumby’s investment in quantum research is targeted towards exploring Quantum-as-a-Service (QaaS) and helping these companies explore various applications of quantum computing to the work that they do.

Lead Data scientist at Dunnhumby, David Hoyle is a member of the team pushing Dunnhumby’s vision of bringing quantum computing into the retail space. He announced the partnership between Dunnhumby and Durham Quantum Light and Matter (QLM) section of the Physics Department of Durham University, calling it the company’s next step to bringing quantum computing to the retail space.

If there’s a company that’s already making moves in bringing quantum technology into industry on this list, it’s Volkswagen. In 2019, Volkswagen show the world how they were using quantum computing in their cars.

In 2019, Volkswagen launched a team focused on finding how quantum computing can specifically be applied to solving challenges in the automotive industry.

The company teamed up with D-wave in 2019 to create and show the world the first-ever real-time traffic routing system that relied on quantum computing. What they had created made use of horses in Lisbon, Portugal to predict traffic volumes and route and route trips to minimize wait times for passengers and travel times for these buses call mom making traffic flow more efficiently and reducing the advent of traffic jams.

In this, Volkswagen showed the world just a little snippet of what is possible with quantum computing. The members of the Volkswagen team expressed the company’s interest in being different from all the academics doing theoretical research but instead, Volkswagen was interested in real products and results, and in taking quantum computing from the classroom to the factory.

One example of the scientists currently behind Volkswagen’s quantum push is Dr. Gabriele Compostella, currently the Lead scientist of Quantum Computing at Volkswagen in Germany.

In January 2022, European quantum startup, Multiverse, launched its second product that would apply quantum computing and engineering to the financial services industry. For €100,000 a year, multiverse customers and clients can make use of ‘Fair Price’. This quantum computing-backed financial service product, according to Multiverse, delivers a higher accuracy in fair price calculations for financial institutions over what currently exists using classical computing methods. Fair Price is the second product in the company’s product offering package called Singularity.

Multiverse boasts products that run on several different Quantum hardware platforms. According to Multiverse, the rationale behind this it’s to match a set of problems to the best set of solutions using the best quantum platform tailored to provide these solutions.

Samuel Mugel, the company’s CTO is a notable name in the quantum computing industry, with bachelor’s and master’s degrees in physics and a Ph.D. in mathematics, Mugel is an expert in quantum computing and quantum machine learning. Under his belt are over fifteen publications, many of which are on quantum computing. These include Quantum Portfolio Value Forecasting, Hybrid Quantum Investment Optimization With Minimal Holding Period, Dynamic portfolio optimization with real datasets using quantum processors, and quantum-inspired tensor networks, among others.

A trend seems to be forming in this article so far where the financial services industry seems to be taking a lead in the application of quantum computing to actual industry products and services.

Automotive giant, Ford, has teamed up with the likes of Microsoft and NASA to bring real-life applicable quantum technology solutions to the manufacturing and automotive industries. Their collaboration with NASA which started in 2018, focused on creating solutions to the optimization problems faced by commercial fleet managers in energy consumption.

The collaboration between Ford and NASA was spearheaded by the then Vice President of Ford Research and Advanced Engineering and Chief Technology Officer of Ford, Dr. Ken Washington. Washington explained that regular computers faced certain limitations, that necessitates the creation of quantum solutions for quantum-sized problems.

In 2019, Ford was looking to use Quantum Computing to tackle a different problem, that of mass navigation problems faced by navigation systems run on common computers. In partnership with Microsoft, Ford set out to solve the mass traffic jams that occur in Seattle, Washington, using a quantum solution. The problem presented was that a regular navigation system could not handle sending optimum routes to hundreds of users at once, but there was a solution to be found in Quantum Computing.

Elica Kyoseva, in a recent article by Boehringer Ingelheim celebrating women in STEM, explains that her role involves creating quantum algorithm applications for the drug discovery process, which help to explain molecule dynamics, improve prediction accuracy, and speed up drug design and development.

Lockheed Martin is another company moving full speed ahead with quantum technology applications, and like most others on this list, they understand that quantum computing should be applied to areas of difficulty, problems they call ‘intractable’ that regular computers cannot solve.

Kristen Pudenz is the corporate lead for quantum at Lockheed Martin. She has several publications under her name including several recent ones about quantum annealing. She is a Ph.D. scientist and researcher, leading Lockheed Martin’s voyage into quantum applications.

Quantum Computing and Technology even in its nascent stages is already showing signs of being the key to solving critical challenges across industries. Companies in a bid to improve what they do are picking up on the need for solutions that supersede what traditional computers can do, and while, quantum computers will not replace regular computers, they will be the key to finding specific problem-driven solutions to industry challenges.