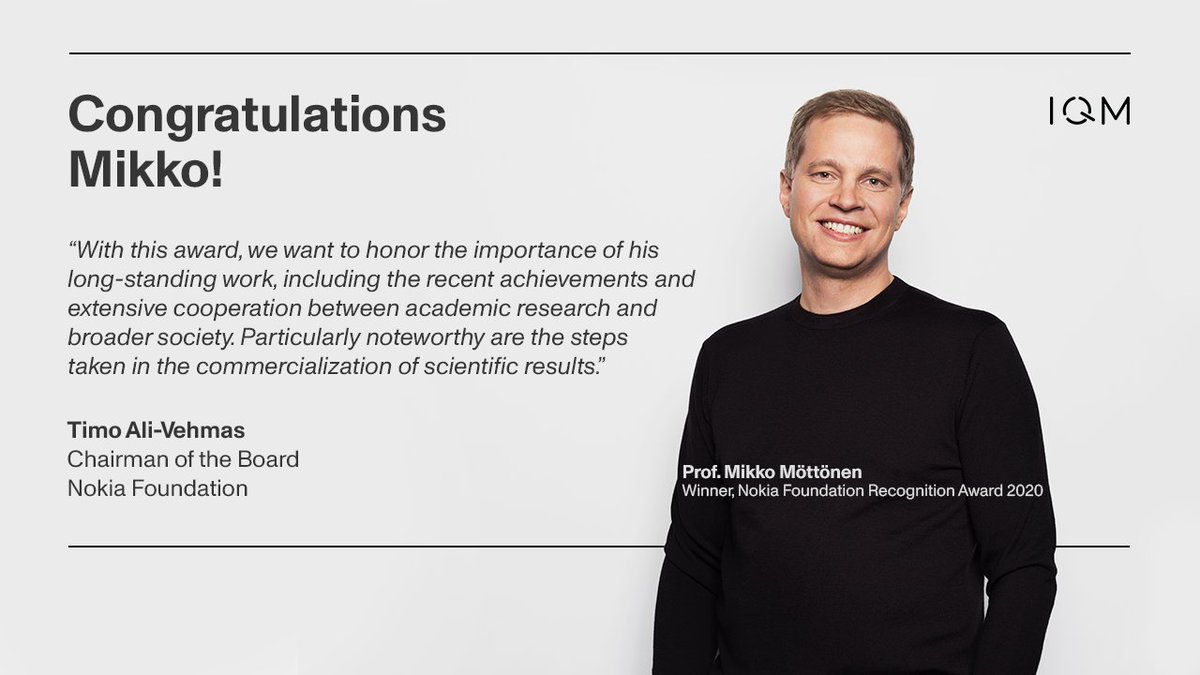 The Nokia Foundation has granted the 2020 Recognition Award to Mikko Möttönen, D.Sc. (Tech). He is a Professor of Quantum Technology at Aalto University and VTT Technical Research Centre of Finland. The reason he won this award is due to his contributions to Finnish quantum computing research.

Professor Möttönen was honoured at the annual Nokia Foundation award ceremony on December 26, and for the first time, it was a virtual event due to the COVID-19 pandemic.

Besides his aforementioned credentials, Professor Möttönen is also a co-founder of IQM, a quantum computer company. He was born in 1980 and completed his doctoral degree in 2005. Since then, he has established himself as a trusted and leading expert in quantum information. There are more than 120 scientific studies published under his name, and four of them are in Nature and Science, two of the prominent academic scientific journals. His research has been cited more than 6000 times as well. Beyond being widely cited and authoring many studies, Professor Möttönen has also supervised 16 doctoral dissertations and 74 other academic theses. His specialty is research in using superconducting electric circuits in quantum technology, most often in quantum computing.

Professor Möttönen has also influenced education in quantum computing significantly. He is the Director of the Aalto Bachelor’s Programme in Science and Technology as well as the Head of Aalto’s Quantum Technology major. He has also promoted Finnish quantum and ICT in his positions of trust, one example being as a member of the Scientific Advisory Board for Defence.

For around 25 years, the Nokia Foundation has granted more than 1800 scholarships and other grants, and in 2020, the amount of funds in these scholarships and awards will total around 400000 Euros.

Nokia Foundation‘s purpose is to support both information and telecommunications technologies’ development and promote education in these sectors in Finland. Nokia Foundation provides scholarships as well as awards for this mission. It was established in 1995 by Nokia Oyj’s initiative.