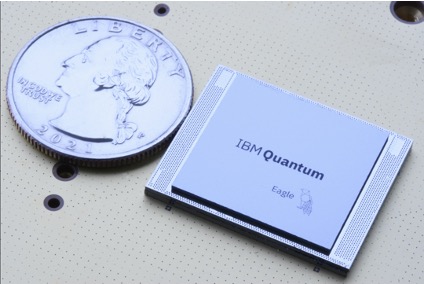 Bold new ideas are needed to create a practical quantum computer. It is on this basis that the IBM Quantum Computing company is seeking the boldest thinkers in academia and research organizations around the world to participate in an open science competition for those who can develop an open-source solution to some of the most pressing problems in the field of quantum computing. Applications are currently being accepted and the deadline for submission is April 16, 2022.

The task for this year’s competition is for participants to simulate a Heisenberg model Hamiltonian for a three-particle system on IBM Quantum’s 7-qubit Jakarta system. The major objective of this challenge is to simulate the evolution of a known quantum state with the best fidelity possible using Trotterization. As a reward, the competition offers a cash prize of $40,000 to the best open source solution and an additional $20,000 for the winner.

So far, most of the applications for quantum computing have been related to simulating systems that are difficult to describe using classical computers. Simulation of the Heisenberg model is not left out in this aspect as quantum computers offer a better way to represent the spin states of particles as the computational states of qubits.

However, the hamiltonian is challenging to face since it is impossible to measure precisely the two subsets of the problem. This aligns with the Heisenberg uncertainty principle which states that you can not simultaneously measure precisely the position and momentum of a particle. It means that at every point in a perfectly definite quantum system, you can only have a precise measurement on one variable and a random measurement on the other.

As an underlying principle of quantum cryptography, the more information revealed by the measurement of a quantum system in an arbitrary unknown state, the more unstable the state becomes. Applying trotterization makes the simulation of these kinds of systems possible by quickly alternating between the non-commuting parts.

In this challenge, IBM explains that they picked this problem as an area of interest because the model is simple and likely to be applied everywhere. It can be a starting point for people that are just going into quantum computing while also being a major solution with a significant impact in the quantum simulation field.

With opportunities and limitations in each method, participants are charged to explore the methods and solve the problem with whichever one is best suited.

Concluding on the previously held IBM Graph State Challenge, the selection team at IBM picked four winning teams and acknowledged a creative solution to the SWAP gate challenge. The open science prize also made waves as solutions to two outstanding problems were uncovered through quantum simulations using Qiskit Pulse. With the same excitement for this year’s open science prize, more participation and innovation is expected in the quantum simulation field.