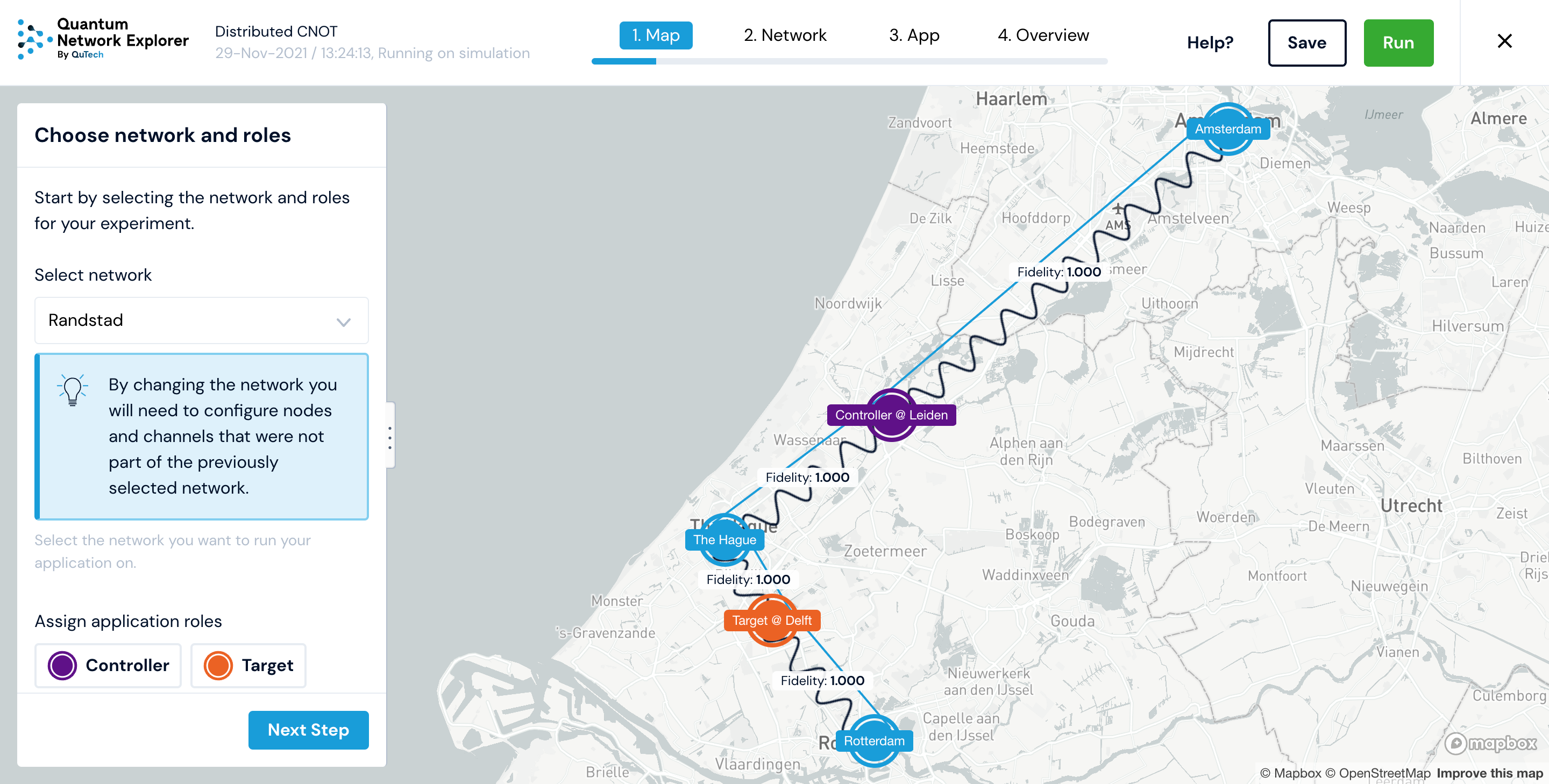 The next iteration of the internet might just be quantum flavoured. But before you are reaching for your introductory textbook on Quantum mechanics, you might just as one interacts today with the internet in a seamless easy manner. A team from theDelft University of Technology and TNO (QuTech) have created the Quantum Network Explorer which enables users to interact and explore quantum networks.

Just as the internet is a bundle of wires, switches and software and without intelligent applications and software it remains as just that, the QNE has some example applications so that users can explore how quantum gates can work in a distributed manner. On offer are a variety of Pre-built applications that enable users to dive right in without too much effort, making Alice and Bob connections easy! The early days of the internet were seeded by the US military with roots in the ARPANET, later we got the WWW or the Web brought to use by the physicist Sir Tim Berners Lee whilst working at CERN. However back then these technologies were the preserve of very well funded military or big science programmes. What QuTech is aiming to do is to be more democratic about their work on Quantum Networks and ensure that more people can have earlier exposures to the tools and technologies which might end up being some of the most transformative – just like Quantum Computing may well do for vast swathes of industry and multiple sectors.

The Search for Killer Applications

During the information age, there has been a perennial search for killer applications, that is applications that can allow some of the companies that we know of (Microsoft, IBM, Apple) a competitive advantage. Companies were searching for applications that drove users to their platform and as the battle in the 1990s over operating systems (Microsoft Windows vs IBM Warp vs Apple) in recent years it has been the rise of the online platform and the drive for a critical mass to platforms like Google and Facebook. Whilst it might be early days for Quantum networks, one can argue there are already use-cases, especially when it comes down to security.

Just as innovation in the traditional web sphere came from many places, the more people have exposure to Quantum networks, likely the more innovation will occur and potentially more use cases too. The early web was a glorified catalogue of links without intelligent ways to manage the vast volumes of data. Innovation came from all walks of life, end users in their bedrooms playing with new and old (such as Perl) technologies to develop interactive sites that went on to transform commerce.

Security is likely to be one of the first innovations, but just as with the web and the internet, we don’t know what those killer applications are that drive real value. For that, we’ll have to wait and see. The team from QuTech have created three pre-built applications to get users started on their quest towards exploring Quantum Networks.

On the pre-built application side:

Currently, the programs will run on simulation platforms NetSquid or SimulaQron. However, QuTech aims to make some of the quantum hardware available online.

Hands on Quantum Network (without the difficult programming)

The developers have made it as easy as possible to experiment using the power of the graphical interface.To enable the community of researchers, developers, and future users to get to grip without a steep learning curve, a high-level application development kit (ADK) is also made available which means users can extend and adapt and of course innovate. The idea behind the graphical interface is that it is intuitive and doesn’t require programming.

The elegant interface and graphics are going to be a hit with educators. There has been a great deal of effort and thought into ensuring that key concepts are well understood and that the interface is intuitive enough that users can navigate with ease without requiring too much pain. The plan is to extend and expand the knowledge base.

Whatever your thoughts about the benefits of Quantum Networking, tools such as QNE will help drive forward the whole field by providing some easy experimentation – the foundation for innovators to build upon and explore, experiment and create those killer applications of the future. So whilst it might seem early days of quantum information and quantum networks, we’ve seen how quickly the internet went from being a nerdy curiosity to being embedded in almost every aspect of our lives. Now we even potentially have the metaverse to look forward to., where quantum could play a part, as we wrote recently about the impact that Quantum Computing and Quantum Networking could have on the metaverse, and with the developments in QKD and the work from QuTech, quantum components of the metaverse could be here sooner rather than later.

Find out more and experiment with theQuantum Network Explorer.