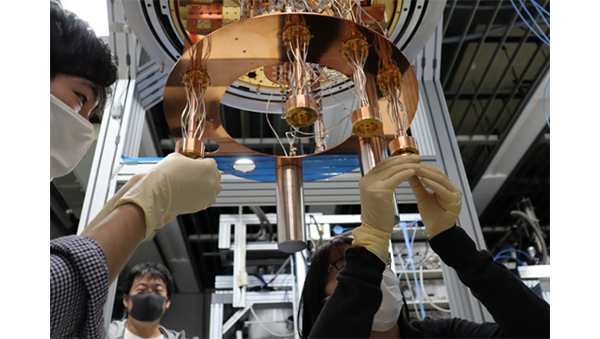 ON February 10, NEC Corporation and ParityQC announced their collaboration in quantum annealing. The former will be the first around the world to implement ParityQC’s quantum annealing software. ParityQC’s Architecture is its new solution to solving optimisation problems on a quantum computer. It also has its own superconducting parametron quantum devices.

ParityQC’s software, which is capable of compact encoding of industry-relevant problems, can be combined with NEC’s architecture to perform large computations. Such devices could prove important in developing practical large-scale quantum annealers.

NEC is partly supported by Japan’s New Energy and Industrial Technology Development Organisation (NEDO). It is currently developing quantum annealers that use superconducting parametron qubits as well as increasing the number of all-to-all connected qubits. These machines are scheduled to be practical by 2023, and NEC will apply the results from collaborating with ParityQC to its ongoing project with NEDO.

Both sides are excited of the possibilities.

ParityQC is an Austrian quantum architecture company. It develops quantum computer blueprints based on its own architecture to solve optimisation problems. ParityOS, the company’s operating system, can perform quantum annealing with fewer qubits, allowing the encoding of large problems earlier than standard approaches.

NEC Corporation is a leading IT and network technologies company, its motto being ‘Orchestrating a brighter world’. NEC allows businesses and communities to adapt in the midst of rapid shifts in society and the market. It focuses on providing everyone the ability to reach their fullest potential.