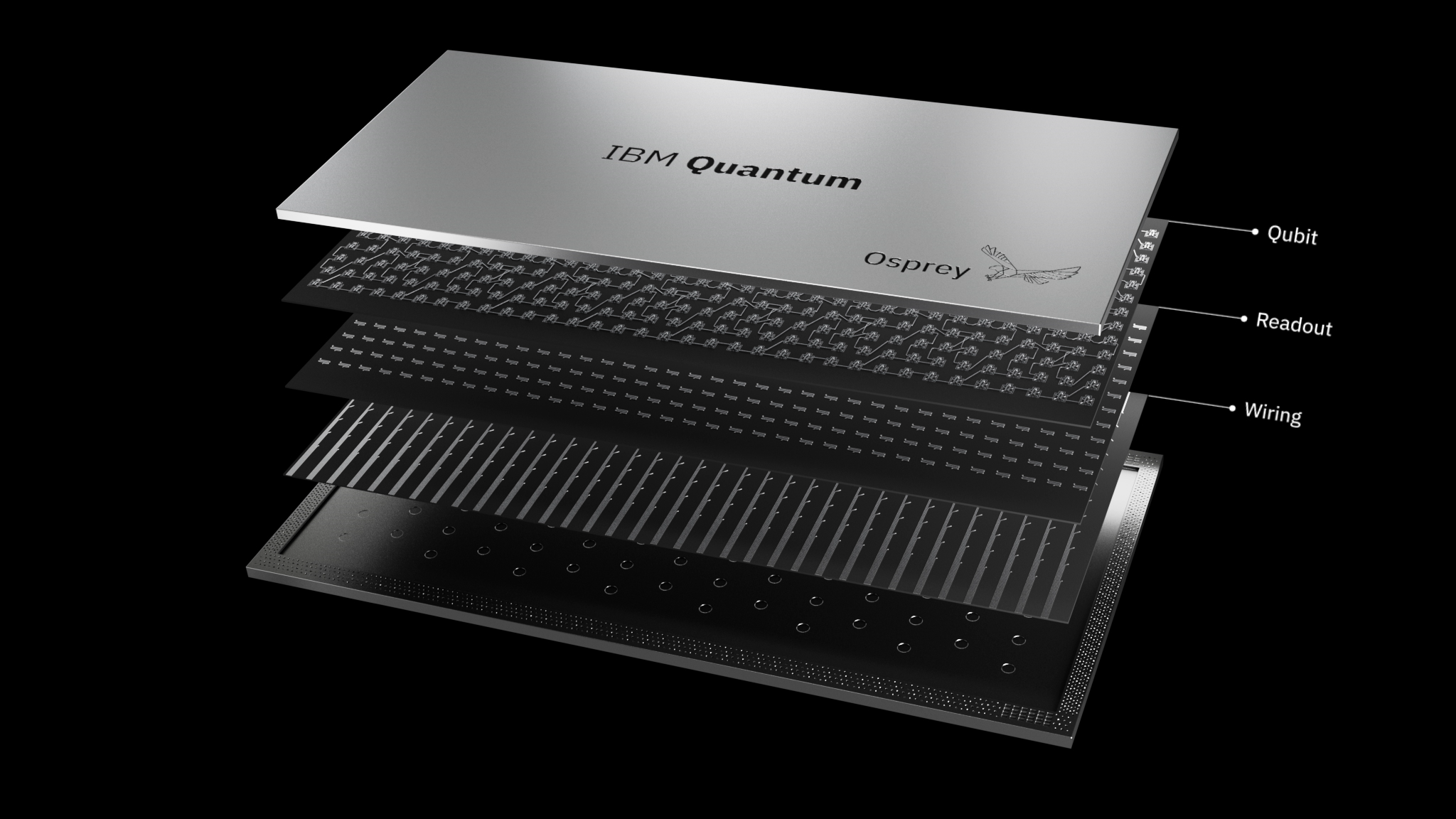 IBM has been working on developing quantum computers for decades and unveiled its first commercially available quantum computer in 2019 with just 20 qubits. In November 2022, the company unveiled the 433-qubit quantum processing unit (QPU) at the IBM Quantum Summit.

The newest processor, IBM Osprey, has 3.4 times more qubits than the 2021 Eagle model, which has 127 qubits. It features multi-level wiring for signal routing, device layout flexibility, and inbuilt filtering to decrease noise and increase stability.

Before now, coaxial cables were needed for transmitting microwave control information to the operational qubits. For Osprey, IBM employed a new method. They replaced the coaxial cable with flexible ribbon cables similar to those used to connect laptop displays. This technology increases throughput and control density by up to 70% while reducing expenses by a factor of five.

However, there are limits to how many qubits you can fit into a single computer chip, and the more qubits you have, the harder it is to control them. D-Wave’s quantum computer, Advantage, has over 5,000 qubits making it the most powerful and connected quantum computer in the world.

IBM plans to treble the qubit count once more, with a Condor 1121-qubit QPU on the horizon in 2023. By 2025, they intend to produce a QPU with 4158 qubits. Their goal is to increase rapidly to tens of thousands or perhaps hundreds of thousands of qubits by the end of this decade.

Though quantum computers are yet to be commercialized like classical ones, most manufacturers offer the software version of their computers via the cloud. IBM also provides access to its network of quantum supercomputers via a cloud service that uses open-source Qiskit software.

Researchers can communicate with quantum computers in this manner, although they are beneficial for complex Research. For example, BOSCH, a German multinational technology company, is partnering with IBM to develop sustainable alternatives to the rare and expensive metals that power electric vehicles.

He’ll use IBM’s quantum technology and Qiskit Runtime as a service over the cloud to investigate viable replacements for some metals with limited global supply, such as nickel, as well as rare-earth elements required to build electric motors and fuel cells. With IBM adding the 433-qubit processor to its array of devices, researchers can now simulate appropriate properties for alternative materials.