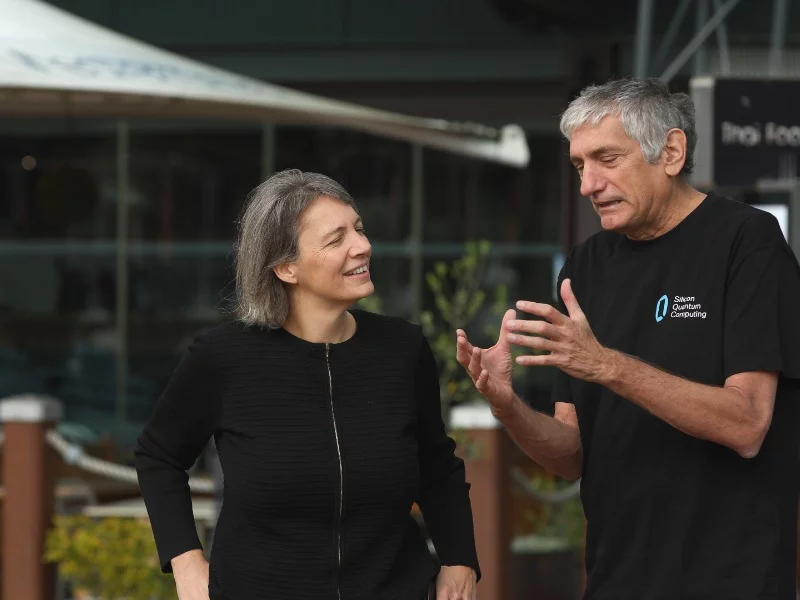 Professor Martinis has already completed COVID quarantine for two weeks in Sydney and will start working on Wednesday for around six months with SQC (Silicon Quantum Computing), founded by 2018 Australian of the Year Professor Michelle Simmons.

Formerly a professor of physics at the University of California Santa Barbara, Professor Martinis established Google’s quantum hardware group in 2014, leading it to achieve the much feted quantum supremacy. This is when a quantum computed manages to do something a classical computer cannot (even if it is not that useful). After this, he resigned from Google earlier this year to the amazement of many.

Joining SQC validates its decision to build a quantum computer in silicon at the atomic scale.

‘I chose to come to SQC because of the promise of the unique approach in fabrication at the atomic level. No one else in the world can do what these guys are capable of. I’m hugely excited to join the team at SQC. Building a quantum computer is my life-long ambition. If we can build one successfully at scale, it will be a transformational achievement with tremendous impact for humankind.’

Dr. Martinis on his decision to join SQC

The year 2017 was when SQC was launched, with $83 million in equity funding. Parties that funded SQC include the Australian federal government, the University of NSW, the Commonwealth Bank, Telstra, and the NSW (New South Wales) government. Intellectual property from the Centre for Excellence for Quantum Computation and Communication Technology was provided as well. Professor Simmons works as a director there.

SQC has a number of world firsts under its belt and now has set its sights on creating a 10-qubit prototype quantum-integrated processor by 2023.

Professor Martinis’ track record of success and intense focus on building a commercially-focused quantum computer aligns with our goals at SQC. We have developed atomically-precise fabrication techniques that are uniquely suited to building a quantum computer. SQC is focusing on scaling up its technology platform. This is exactly what John did at Google. So, we are delighted that he has chosen SQC and Australia for his next move.’

However, he was relegated to an advisory position after this, instead of his original leadership role. It was what made him leave Google. Forbes interviewed him shortly after he left, and he mentioned the tension that had been lasting for years and that he wanted to move onto his next project.

‘I was doing my job, but I felt uncomfortable about the direction the project was going on the five-to-ten-year time scale. After some other bad events happened, I just decided that this was no longer working, especially with my personality of definite optimism. Google no longer seemed like a good fit. Things were going well, and the group could definitely figure out what to do on their own. But I can use my skills to do something even more productive.’

Ian Jacobs, University of NSW’s vice-chancellor, believed that Professor Martinis will help SQC make a significant impact on the world.

‘Professor Martinis’ decision to come and work in Australia for SQC further demonstrates the promise of the technical capability developed by Professor Simmons and the SQC team. It’s a reminder of UNSW’s world leading (sic) capability in quantum physics and atomic engineering,’

Professor Simmons is both a professor of quantum physics in the Faculty of Science at the University of NSW and the director of the Australian Research Council Centre of Excellence for Quantum Computation and Communication Technology. Other than her 2018 award, she was also listed in the Office of the Order of Australia last year. Earlier in September, she was appointed to the board of CSIRO (Commonwealth Scientific and Industrial Research Organisation) to serve a term of five years.

Silicon Quantum Computing’s goal is to advance the boundaries of quantum computing. Their technology is intended to enhance the quality of human life, make a change, and better humankind. They do this by researching quantum computers.