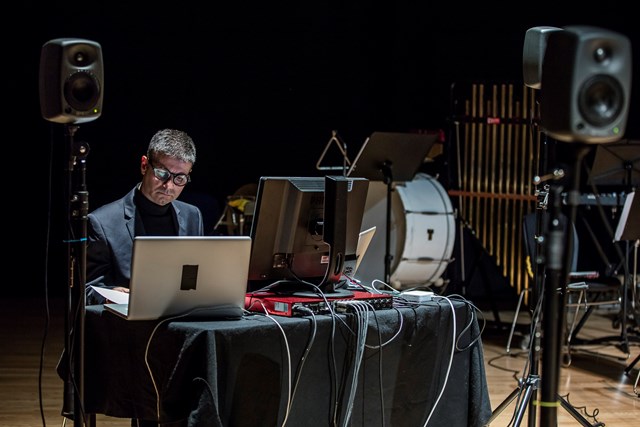 The synergy between science and art in the 20th century is one of the drivers of innovations in the world today. They both work together and inspire each other to move the world forward. Music is one art that has gained numerous benefits from science. From the developments of musical instruments to innovations in music composition, the contribution of science to music can not be overemphasized.

On this basis, the University of Plymouth’s ICCMR is collaborating with the Cambridge Quantum and IBM Quantum to organize the “1st International Symposium on Quantum Computing and Musical Creativity.”

The symposium is taking place through the funding of the QuTune Project provided by the United Kingdom National Quantum Technologies Programme’s Quantum Computing and Simulation Hub (QCS Hub) and will feature presentations, new works, research, and new ideas from individuals in academia, industry, and music.

You can register for the conference and learn more about how to take part here.

Quantum computers have the ability to perform complex calculations in a new way using the behaviour of quantum systems. This makes them able to generate superpositions, or states that take on multiple values at the same time, and use entanglement and inference to make them unique. This is the foundation of Quantum Computer Music.

Quantum Computer Music offers a new medium through which creative artists can produce music using quantum assisted software. Just like the generative music algorithms that rely on constructive and destructive interference in a quantum algorithm to compose pieces, leveraging on the capability of quantum effects or quantum circuits in music composition will bring about the developments of new sounds and new ways to compose music.

As quantum computing evolves in future, newly developed quantum processors with powerful computational power will have the potential of providing new quantum algorithms that will bring about innovations in finance, risk and arbitration, and also the research and development of new materials that will be useful in the music industry.

In the early 1950s, Mathematician Geoff Hill programmed a CSIR Mark 1 to play a tune, and by the 1960s, composers like Iannis Xenakis and Pietro Grossi were using both computers as well as computer logic to create music. As time evolved, computers became a major instrument in musical activities and in music production – from mainstream composing and sound editing software, to sound design, avant-garde sound art, and live coding performances. Considering the computational capacity of quantum computers, applying quantum effects in music production will bring about a major impact in the music industry.

Two major tools will be introduced at the symposium – the Quantum Music Playground made for the Ableton Live music production software by James Weaver and The QAC Toolkit, a package for the Max programming environment by Omar Costa Hamido. It will also feature tutorials and research papers from individuals, including the performance of three compositions to demonstrate the usage of quantum computing in music composition and performance.

The organizers of the symposium are:

The symposium will take place online from Nov 19th – 20th, 2021, and attendance is free of charge. Places are limited, and registration is required. The registration form is below.