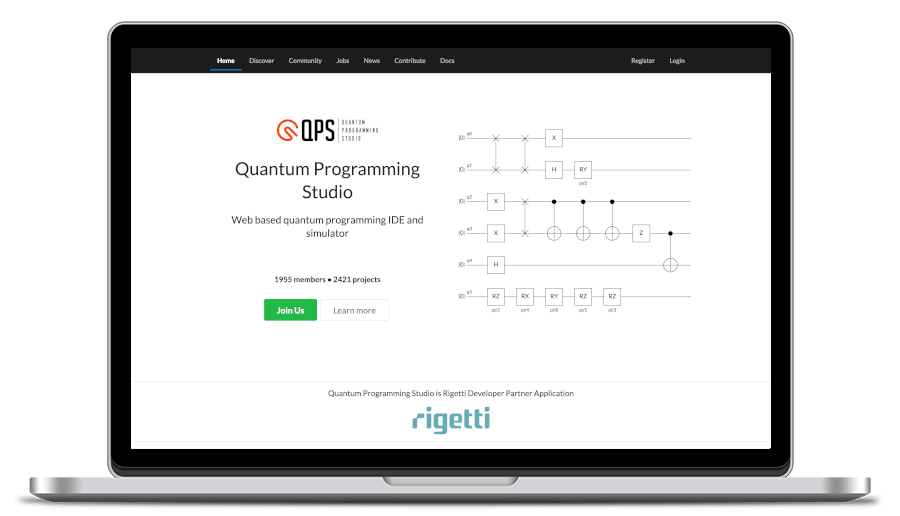 Quantum Computing is a relatively new industry, and much of its application in various industries still require the use of classical computers. In today’s company of the day, we will learn about a company that is working to bridge the gap between quantum and classical computing with its quantum-classical hybrid solutions. Introducing, Quantastica.

Quantastica’s first service offering, the Quantum Programming Studio was created in 2018 as a user interface for a quantum-circuit simulator written in javascript, both of which were at-home projects created as a hobby. Soon, it evolved into a real web-based IDE for developing, testing, and running quantum algorithms for educational and research purposes on various platforms including Rigetti, IBM Q, and Google Cirq.

Although as a company, Quantastica is already receiving recognition for the importance of their services, they are still a very young company with a small team, and the company is currently privately held.

The company’s feature offering is its quantum programming studio on which users can design quantum algorithms and execute their designs on simulators or real quantum computers. The Quantum Programming Studio is completely web-based. The studio’s graphical user interface which features drag and drop capabilities for circuit diagram creation makes it easy to use. The circuit diagrams can automatically be translated to code and vice versa.

The programming studio is not the only product that Quantastica has up its proverbial sleeve. On their website, information is available about a soon-to-be-released Quantum Algorithm Generator. With this generator, Quantastica hopes to eliminate the need for people to manually develop quantum algorithms and have a machine do this instead. As of the time of publishing this article, the generator is only available for early access use.

The company boasts two Quantum Circuit Simulators. The first is an open-source simulator but the other, which has been named the Qubit Toaster, Quantastica claims is the fastest simulator in the world. Another notable offering from Quantastica is the community they have built for quantum programmers and enthusiasts to connect, learn, collaborate, and teach one another.

Like many Quantum-as-a-Service companies (QaaS), Quantastica’s offerings create an opportunity for businesses to engage in the next level of computing without the usual costs of development, which will help to speed up the rate at which quantum computing is applied across various industries.

Everything Quantastica is doing is made possible with the help of its partners. One of which is Rigetti computing. Quantastica’s programming studio is a partner application that runs on Rigetti’s Quantum Cloud Services. Another partner is Unitary Zero Space, which supports Quantastica through strategy and business development advice as well as through their training.

In November 2019, Quantastica received an investment from Venture Capital firm Icebreakers Venture Capital. Icebreakers explained that their investment is driven by the huge prospect of the Quantum Industry with an estimated growth to a five-billion-dollar industry by 2025, from less than one billion dollars in 2017.

Who is Quantastica’s Customer Base?

The beauty of Quantum-as-a-Service (QaaS) companies is that their products are for any industry looking to access the high-performance power of quantum computing. Quantastica’s services are available to any company in any industry looking to build or deploy a hybrid quantum computing and classical computing system in any part of their business, or to position their company to be ready to make the quantum leap. On the company’s website, they offer to aid clients in taking their quantum ideas from the research lab to production with the help of their partners.

The company is still in its early stages as a Start-Up and with a new product offering in its beta phase already, it is evident that Quantastica is not slowing down in its pursuit to automate quantum programming and make quantum algorithm development a less manual task. We can expect more hybrid quantum-classical solutions from the company in the future.