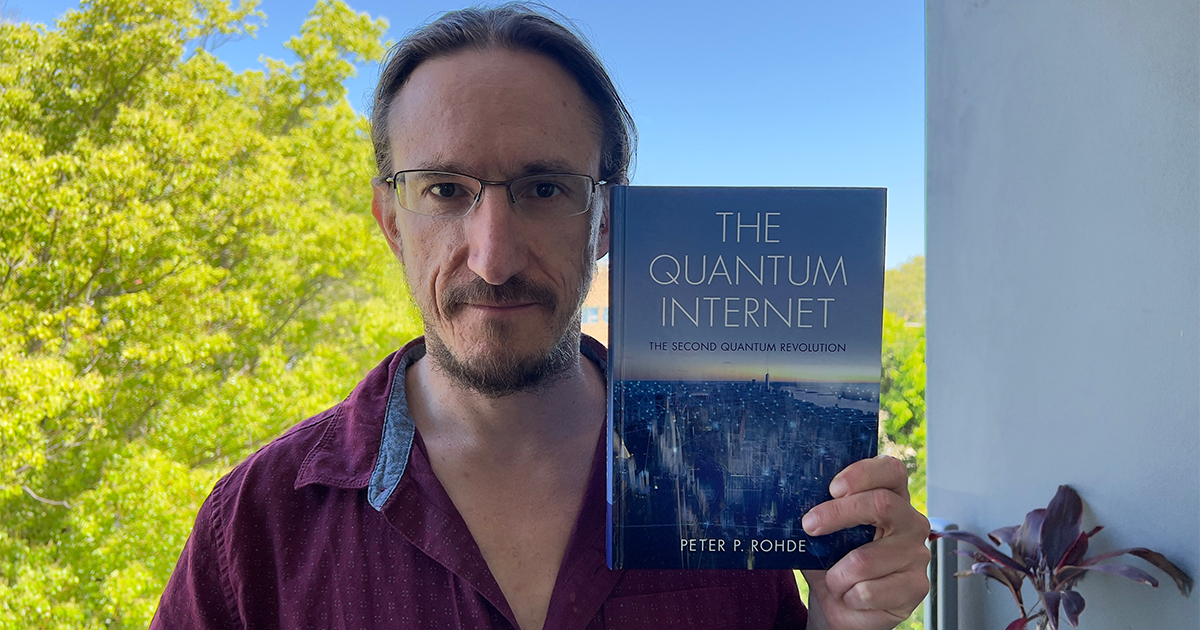 Dr. Peter Rhode, in his new book, The Quantum Internet: The Second Quantum Revolution, takes a deep dive into the quantum internet and how it can unlock the numerous potentials of quantum technology. Science has come a long way since the discovery of quantum technology. Shortly after its debut in the 1980s, a revolution started.

The technology world is changing, and rapidly, too. Some years ago, scientists came across the concept of quantum physics and immediately realized its potentials.

Now, quantum computers are of keen interest, and quantum internet is the key to unlocking its vast benefits. Dr. Peter Rhode, the author of, The Quantum Internet: The Second Quantum Revolution, fully understands this too and has detailed how the quantum internet will shape the future.

According to Dr. Rhode, the global connectivity of quantum computers through the quantum internet will up the ante. The chances that you are reading this on some form of computer are insanely high. This is possible because of the internet as we know it, which is basically an interconnection of networks around the globe.

Unlike bits, which can only be 0 or 1, but not both, qubits can be in a state of 0 or 1 or a superposition of both. This essentially means they could exist as 0, 1, or a combination of both. Aside from superposition, entanglement and quantum teleportation are other distinguishing features of quantum computing.

Entanglement occurs when there is a non-separable joint state of multiple qubits in superposition. A form where two parties have balanced superpositions is called Bell pairs.

Work has already begun on developing a global-scale quantum internet, but it is worth noting that it is still far from being realized.

Dr. Rhode expects quantum internet to have a similar monumental effect as classical internet has right now, particularly in the economic and political industry.

Information transmission through the quantum internet

To overcome this, the quantum internet will specialize in entanglement distribution, which is markedly different from how the classical internet works.

With quantum entanglement, distant parties can use quantum teleportation to communicate arbitrary quantum information. Since qubits are not actually sent through a network in quantum teleportation, the distant parties bypass the need to resend lost information. Also, as all quantum information is communicated using entanglement distribution, Bell pairs, which are entangled states, become an essential commodity in quantum communication. Dr. Rhodes even anticipates that Bell pairs will constitute some form of a tradable commodity on future financial markets.