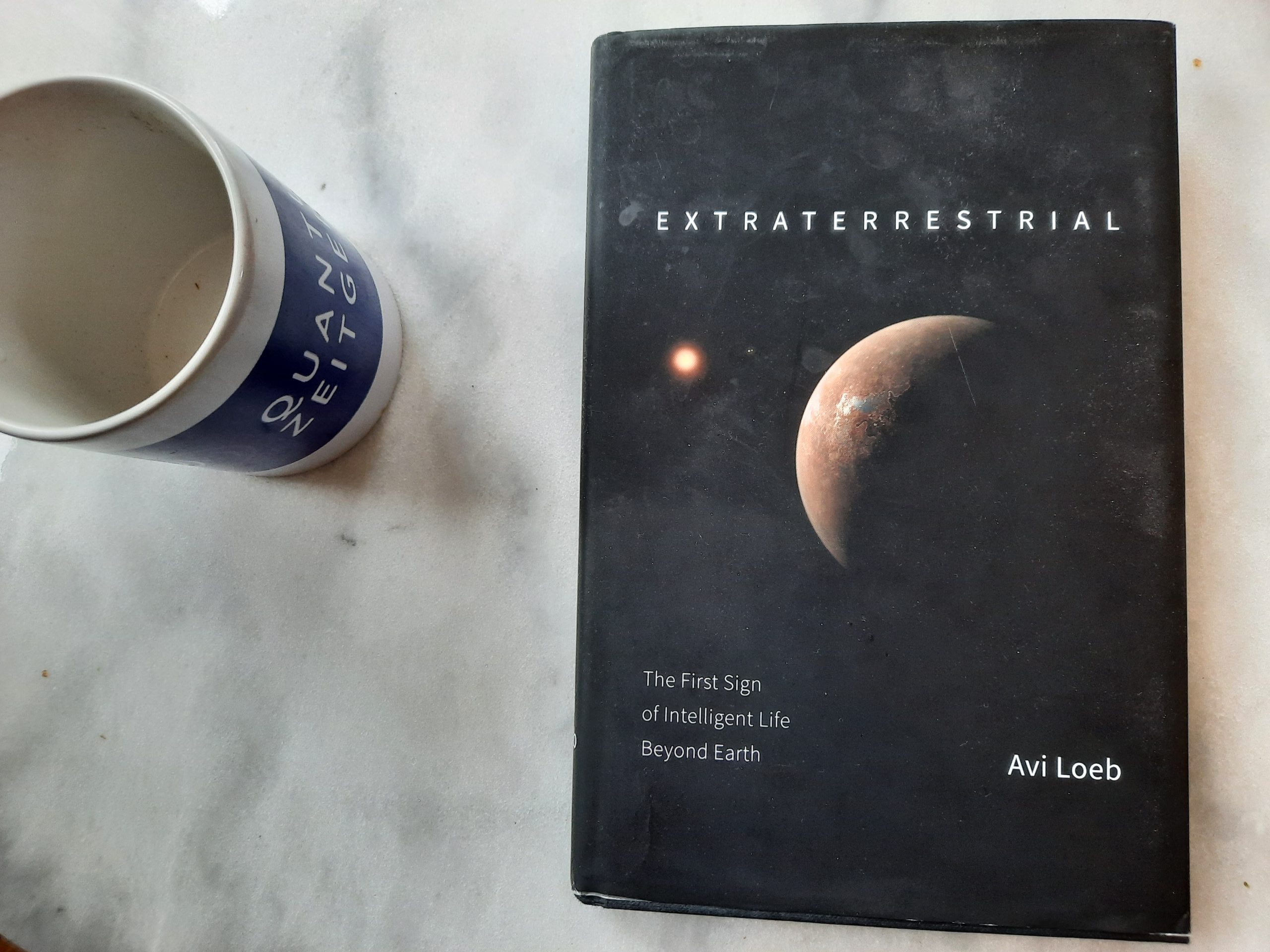 We at Quantum Zeitgeist love reading science, not just about the latest developments in Quantum Computing and Quantum Technology but also the more esoteric aspects of science. Perhaps one of the oldest questions is whether we are alone in the universe or are we a) part of a larger group or life and b) are we being visited. Quantum Computing already brings up profound questions as to the reality of existence such as the “Many Worlds” theory or Quantum Physics exposed by David Deutsch and Hugh Everett. Prof Avi Loeb believes we have good evidence that there is intelligent life elsewhere as evidenced by an object that came “close” to earth. In his latest book named “Extra Terrestrial” he examines the evidence for believing an object named Oumuamua which came close to the earth is more than a piece of rock and could represent advanced technology.

Professor Avi Loeb is a Jewish-born professor of astrophysics at Harvard University and serves as the head of the Black Hole Research Institute. In his early twenties, he obtained a doctorate in Israel and was a Post Doc at Princeton. He was scouted at the Harvard Department of Astrophysics and received tenure after just three years. The reason he started writing about his achievements openly is that people are often sensitive to the qualifications from those who study aliens. Professor Loeb also pointed out humanity’s closed minds, which may stem from the pride of the academic world, which undermines and covers up the study of possible intelligent life in the universe. That cover-up remains a theme throughout the book.

The identity of an object called Oumuamua

The object that passed through interstellar space was photographed as being very small, and looking at how close the object passes to the sun and reflecting the sun light, scientists estimated what that object would look like. It is also small enough to be invisible when viewed through a NASA telescope, so it is said that its long width was about 100 yards at most. However, compared to its small size, the emanating light was very intense, so it was also thought that the surface may be metallic.

It all started on October 19, 2017, when an object was caught passing through the interstellar (Interstellar) in the Hawaiian PAN-STARRS Astronomical Telescope. The quest for the identity of this object, dubbed Oumuamua, begins a heated academic debate by probing data and making hypotheses. That process is very interesting to see – the stages of science making hypotheses and going through each possible hypothesis to better fit the data. Perhaps this is the case that the data and hypotheses lead us to a result that might be unpalatable, as Loeb would argue.

The thinking why the object named Oumuamua is not a comet or astroid comes from the way the object deviates in its trajectory. Scientists are unable to use the typical modelling of ice or dust to form a long tail, acting like a rocket fuel tail. However, when calculating how much mass the meteor should have lost in order to account for the deviation to its orbit, the size of the meteor is calculated to be 10% of the size observed.

In other words, if you make hypotheses, look at the data, and do research, there is actually one thing that springs to mind: “Isn’t it an extraterrestrial object?” The question naturally comes to mind, but it is said that academia rarely tries to ask this question. Professor Loeb’s explanation is perhaps tenable because of his secure position already within science, but for many starting in the field such thinking could be fatal in their career. One does wonder if it is because he is a Harvard tenured professor that Prof. Loeb can actively do extraterrestrial research without the disdain and retorts to quack science.

Avi Loeb collaborates with the SETI (Institute for Exploration of Extraterrestrial Intelligence) community and believes if there is a highly developed civilisation somewhere in the universe, they will emit radio pollution, and if we detect the radio signal, can we indirectly confirm the existence of aliens. Sadly he points out the cold and cynical attitude toward SETI from the scientific community.

When the progress of this ‘alien eavesdropping project’ became known, a billionaire approached, and that billionaire is named Yuri Milner. He wanted to see if there was any intelligent life in space during his lifetime. Miler commissioned Loeb to send a suitable probe, of course one needs to be researched and designed. The target of the probe to get to Alpha Centauri during his lifetime. Loeb developed a probe device using a light-sail (also called a solar sail). After release with a rocket, a thin film spreads out like a sail and helps it to fly, with the destination to planet Proxima B of Alpha Centauri (The closest star system and closest planetary system to Earth’s Solar System). Because the target is so far away, the probe must be able to travel at 25% of the speed of light in space, and in this way, powered by the pressure of sunlight. Such effects are well known, as photons exhibit pressure on an object – collect enough of them and you can drive an object in space.

Is it a Oumuamua a solar sail of an Alien civilisation?

The object named Oumuamua that passed by the earth is thought to be a flat thin and elongated object according to the data collected and hypothesised by Loeb. The object is very small but has a clear light emission. The object that was very fast and deviated from the orbit of the solar gravity (what that deviation an effect of the pressure of sunlight?). Therefore Loeb thinks the object resembles a solar sail. When he conveyed this thinking, the academic world said: “Does everything look like solar sails because you study solar sails?” He notes that we often think in the quantum domain that there are “Many Worlds” but to consider a solar sail from another civilisation is anathema.

Prejudice and dogma in our thinking

In the second half of the book, the story turns to the story of dogma in the scientific community. The story starts with Copernicus and Galileo, and opponents at that time refused to look at the telescope, even though Galileo said, “Look at this telescope, see if I’m right or wrong.” Loeb points out that it may not be technological obstacles or slow progress in science that prevents human science from progressing, but rather clogged up and dogmatic thinking of humans.

Alien life in the universe is comforting

Prof. Loeb’s conclusion so far is that it the object is an solar sail launched by an intelligent life form. And it is said that it is not known whether the civilisation of the intelligent life still exists. Shooting a solar sail into is expensive initially but the costs diminish rapidly with the more objects projected into space – ultimately it could cost just hundreds of dollars at most. if so. Therefore Oumuamua could be one of the hundreds of millions of billions of solar sails shot from somewhere in space long ago came to our universe by accident. This is not about sentimentality, he says, data points to it that way.

The universe was created 13 billion years ago. And the Earth 4 billion years ago. Humans appeared hundreds of thousands of years ago. However science is a fairly recent innovation and we have industrialised over the last two hundred. If humans can now create light sails, then isn’t it probable that other civilisations could have also created similar technology?