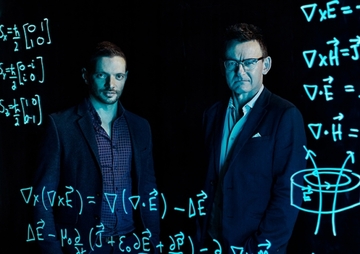 A radical new technique has been discovered to control millions of spin qubits by Quantum engineers from UNSW Sydney (The University of New South Wales). Dr. Jarryd Pla and his team have made a quantum leap on the road to a full-scale quantum computer, in doing so they have also made the development of near-term silicon quantum processors possible.

Dr Jarryd Pla, a faculty member in UNSW’s School of Electrical Engineering and Telecommunication says his research team has worked tirelessly to solve this decades-old problem, how to control millions of qubits without taking up unnecessary space with excessive wiring, which will use more electricity and more importantly generate more heat? Qubits are the basic qubits of information in a silicone quantum processor.

Chips must operate below – 270°C, which is made difficult when adding more heat-generating wires because of magnetic field drop off, which is why it was extremely important to find a way to scale up the millions of qubits, without the unwanted heat it generates.

Until now, no one has figured out a practical way to control all cubits simultaneously. The solution to the problem is simultaneous manipulation of all the qubits by a magnetic field above the chip.

A Dielectric Resonator is a groundbreaking crystal pyramid introduced by Dr Pla and his team, which sits above the silicon chip. It works by shrinking the wavelength of microwaves directed into the Resonator down to a much smaller size

A Dielectric Resonator is a groundbreaking crystal pyramid introduced by Dr Pla and his team. It works by shrinking the wavelength of microwaves directed into the Resonator down below one millimetre. The key innovation this produces is that a lot less heat is produced and the field is very uniform across the chip, causing millions of qubits to all experience the same level of control. Read more: How a simple crystal could help pave the way to full-scale quantum computing

Dr Pla and his team did not have the silicon qubits to test their prototype resonator technology on. So, he spoke to his engineering colleague at UNSW, Scientia Professor Andrew Dzurak, whose team had over the past decade demonstrated the first and the most accurate quantum logic using the same silicon manufacturing technology used to make conventional computer chips.

Quantum computers using thousands of qubits to solve problems of commercial significance was once only a dream in the 1980’s but is now approaching within the next decade. Almost improbable solutions can be found to climate change, vaccine and medicine design, code decryption and artificial intelligence through quantum computing.

Soon the team wants to simplify the design of near-term silicon quantum processors.

Dr Pla and his team, in partnering with Professor Andrew Dzurak and his team, has made dramatic advancements in the steps towards a full-scale quantum computer. By creating a revolutionary technique of controlling millions of spin qubits, while creating the possibility of developing near term silicon quantum processors. All without sacrificing overheating or space issues. To read the Full original article feel free to visit ‘Missing jigsaw piece’ Engineers make critical advance quantum computer design.