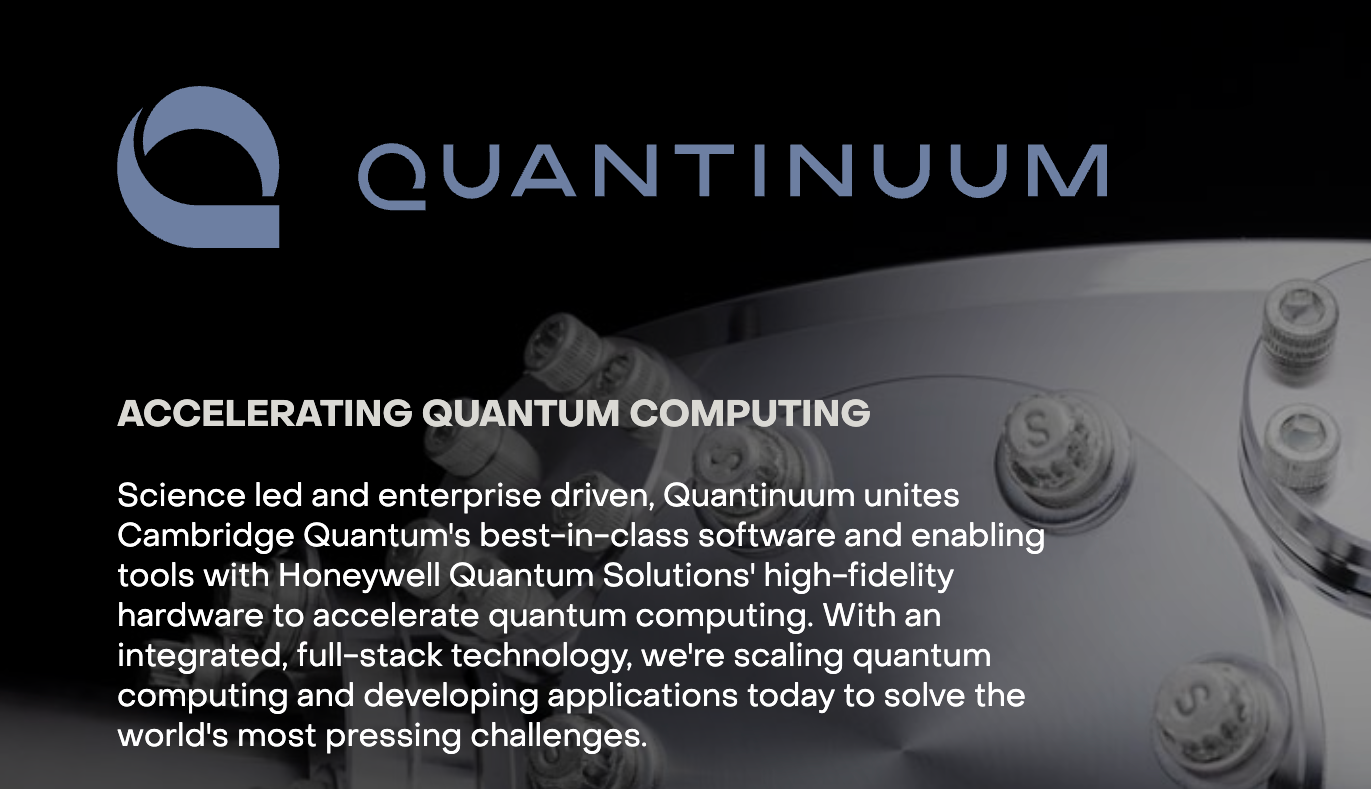 In a long-anticipated tie-up, a new Quantum Computing company has emerged from the Cambridge (UK) based Cambridge Quantum and the US-based Tech Giant Honeywell. It is a move that will likely further excite the marketplace which has seen the IonQ get listed and multiple technology milestones from the likes of IBM and Google. The new company has 400 staff members and will be one of the largest dedicated Quantum Computing companies on the planet.

Two leading companies in the quantum computing industry have combined to create Quantinuum with the aim to accelerate quantum computing build innovation of quantum technologies in a platform-agnostic way that can deliver real-world quantum-enabled solutions.

Cambridge Quantum works on a number of fronts such as quantum software (TKET), operating systems, and cybersecurity, but is well known for its innovative work in the development of QNLP (Quantum NLP). Honeywell Quantum Solutions has produced some of the most performant quantum hardware. Honeywell’s technology is based on trapped-ion technologies (similar to IonQ) and on the 30th of November 2021 announced the new company, now called Quantinuum.

Quantinuum will launch a quantum cybersecurity product in December 2021, and later in 2022, an enterprise software package that applies quantum computing to solve complex scientific problems in pharmaceuticals, materials science, speciality chemicals and agrochemicals. It will also announce major upgrades to the System Model H1 hardware technologies Powered by Honeywell, which reportedly has the highest measured quantum volume (a measure pioneered by IBM) as well as industry breakthroughs that reduce errors on the path to fault-tolerant quantum systems.

It is six months after Honeywell announced that Honeywell Quantum Solutions, their quantum computing division, would separate from the company and join forces with Cambridge Quantum. In terms of shareholders, Honeywell will initially be the largest shareholder of Quantinuum, with an approximately 54% ownership stake in the new company and has invested nearly $300 million in the new venture, providing sufficient capitalisation to grow and build the business. Interestingly Honeywell will also be a supplier of Quantinuum, supporting the manufacturing process for the company’s proprietary ion-traps, as well as a customer of Quantinuum on various projects across its business units. Fout hundred people are already employed by the venture and there are multiple offices around the globe (United Kingdom, United States, Japan and Germany).