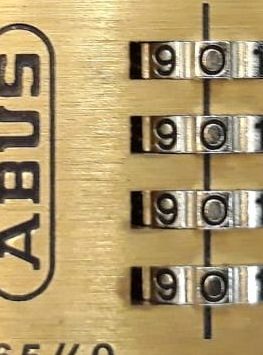 The Swiss technology company says it has made a breakthrough in quantum computing which has allowed it to uncover vulnerabilities in the everyday encryption that we use today. Terra Quantum says the security weakness could jeopardise the security of most of the world’s data.

Quantum computers are though to potentially threaten the encryption protocols that much of the world relies on for communication, banking transactions and payments. Any threat to the security of these systems could be a catastrophe for most people – as just about all aspects of peoples lives have a touch point with encrypted systems.

As yet the details are not known or verified, but the announcement has been picked up by a few news sources. However many researchers have been working on post quantum cryptography schemes in an aim to stay ahead of developments in quantum computing. Interest in crypto currencies such as Bitcoin and Ethereum have gained huge popularity in the last decade but many have questions the security of these protocols in the light of advancing Quantum computing. So far scant details of the breakthrough are around.

Some suggestions are that they are simply re-stating what many already know – this is AES schemes are at risk from quantum computing. Terra quantum said it found vulnerabilities that affect symmetric encryption ciphers, including the Advanced Encryption Standard (AES). The AES scheme is widely deployed to secure data.

Valerii Vinokur (from Terra Quantum) has stated the breakthrough has come from the ability to invert hash functions. Hash functions are what in the cryptocurrency space algorithms are trying to crunch – winning when the output from the hash function matches a given. Of course many investors and speculators in the Cyrpto space will have their own view what it might mean for them and the currencies that they hold.

A few Quantum currencies such as QRL (Quantum Resistant Ledger) aim to be “post-quantum”, that is secure against possible future quantum computing inroads.

Markus Pflitsch is co-founder and Chairman of Terra Quantum AG. Markus is an experienced CERN Quantum Physicist and have been a senior financial executive and tech entrepreneur. The CTO is Professor Gordey Borisovich Lesovik, who was formerly the head of the Laboratory of Quantum Information Technology at the Moscow Institute of Physics and Technology. Based in Switzerland, the company is thought it employ up to 100 researchers at its headquarters.