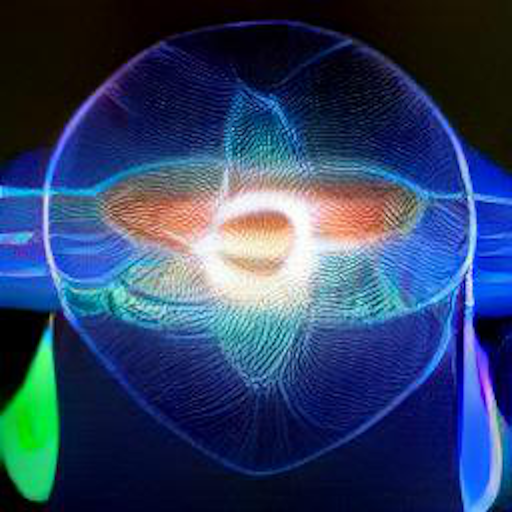 Jacques Hadamard was one of those rare individuals that did not only make record achievements across mathematics and physics but also in the political landscape of his time. Some might have heard his name from his work on the prime number theorem, others from the Hadamard gate, and some even from antisemitism movements. In this article, we learn about his life and the usefulness of the Hadamard gate.

Born on the 8th of December 1865 in Versailles in France, Jacques Hadamard moved to Paris at the age of three years old. It was in Paris where he began attending school at Lycée Charlemagne. He was exceptional in all subjects except mathematics, until the fifth grade, when he ranked second in class in mathematics, thanks to a good teacher.

His education progressed as he transferred to Lycée Louis-le-Grand in 1876, earning his Bachelier ès lettres et ès sciences upon graduation in 1882 and his Baccalauréat ès sciences the following year, as well as ranking first in algebra and mechanics in Concours Général.

He first began undertaking research at École Normale Supérieure, from which he graduated in 1888. He worked as a teacher while working to obtain hi doctorate, which he did in 1892 for his thesis on functions defined by the Taylor series. He received several prizes and awards during his early life, including the Grand Prix des Sciences Mathématiques for his paper Determination of the number of primes less than a given number in 1892.

After getting married, he moved to Bordeaux and served as a lecturer and later became Professor of Astronomy and Rational Mechanics at Bordeaux in 1896, the same year in which he proved the prime number theorem. He won several awards during his time at Bordeaux he received several awards and published Twenty-Nine works.

He became involved in politics after moving to Paris in 1897 and was a huge voice against antisemitism, exposing it within the military, as well as a huge player in helping free a framed Jewish man – Alfred Dreyfus. It was marked as some of the most important work in his life.

In Paris, he worked in the Faculty of Science of the Sorbonne and at the Collège de France. It was during this time that his work turned more to mathematical physics, though Hadamard himself had always strongly argued that he was purely a mathematician.

He held several important positions during his life and career, including the President of the French Mathematical Society from 1906, the Chair of Mechanics at the Collège de France, and elected to the Academy of Sciences to succeed Poincaré after he undertook and completed an exposition of Poincaré’s works in 1912.

The first tragedies in Hadamard’s life struck when two of his sons were killed in action during World War I. It was the beginning of his troubles. During the time from 1920, when he was appointed Chair of Analysis at the École Centrale, to 1933, he traveled widely. He visited the United States, Spain, Italy, and more.

In 1940, he and his family escaped to the United States after the fall of France in World War II, where he secured a visiting position at Columbia University but was unable to secure a permanent position. It was during this time that the third son of his was killed during World War II and he subsequently returned home to France, becoming an active campaigner for peace.

In 1950, he was made the honorary President of the International Congress in Cambridge Massachusetts, and it took serious intervention for him to be allowed into the United States due to his controversial stance as a peace campaigner.

The straw that would break the camel’s back, or in this case, break Hadamard’s spirit was the loss of his grandson to a mountaineering accident in 1962 when Hadamard was Ninety-Six years old. He seemed to have lost his will to live after the incident and secluded himself indoors. He died shortly thereafter on the 17th of October 1963.

His contribution to his field and to his time is not unnoted by many.

I believe that he had a fantastic influence on his time and that all living analysts were shaped by him, directly or indirectly. – Laurent Schwartz spoke about Hadamard at this ceremony held to celebrate the centenary of Hadamard’s birth.

Not by colleagues and certainly not by students of his.

The Hadamard Gate is defined as:

The Importance of the Hadamard Gate

If one can relate the usefulness of the Pauli X gate i.e., the NOT, to its classical counterpart, the Hadamard is the point where you leave the realm of classical analog. It is useful for exactly the same reason, however, namely that it is often used to form a universal set of gates like classical AND with NOT and fan-out, or NOR with fan-out alone.

While a single H gate is directly beneficial in random number generation, its real potential is seen when it appears in several occurrences or when it is combined with other gates. Another popular use is a Hadamard on one qubit followed by a CNOT controlled with the qubit that has just been put into a superposition.

Last but not the least, it is quite beneficial on the premise of self-reversible transformation. So, in a sense, another Hadamard gate undoes what a prior application has done.

What is the Hadamard Conjecture?

A Hadamard matrix, named after the French mathematician Jacques Hadamard, is a square matrix with rows that are mutually orthogonal and entries that are either +1 or 1. This means that each pair of rows in a Hadamard matrix represents two perpendicular vectors in geometric terms, and each pair of rows contains matching entries in precisely half of their columns and mismatched entries in the remaining columns in combinatorial terms. As a result of this definition, the associated characteristics apply to both columns and rows.

Hadamard was a pacesetter in his own right, and the things he worked on have had impacts well beyond him. Although he claimed starkly to be purely a mathematician, his work has found use even in the field of Quantum Physics.

Some of the most important things that Hadamard did are still relevant today, including proving the prime number theory, and the application or use of complex number theory. His work is still in use today and is largely added to by physicists, mathematicians, and those in other fields of science today. We have also covered other luminaries such as David Deutsch who is a British Physicist, one half of the Deutsch-Jozsa Algorithm which provided proof that Quantum Computers can actually have an advantage for computation.