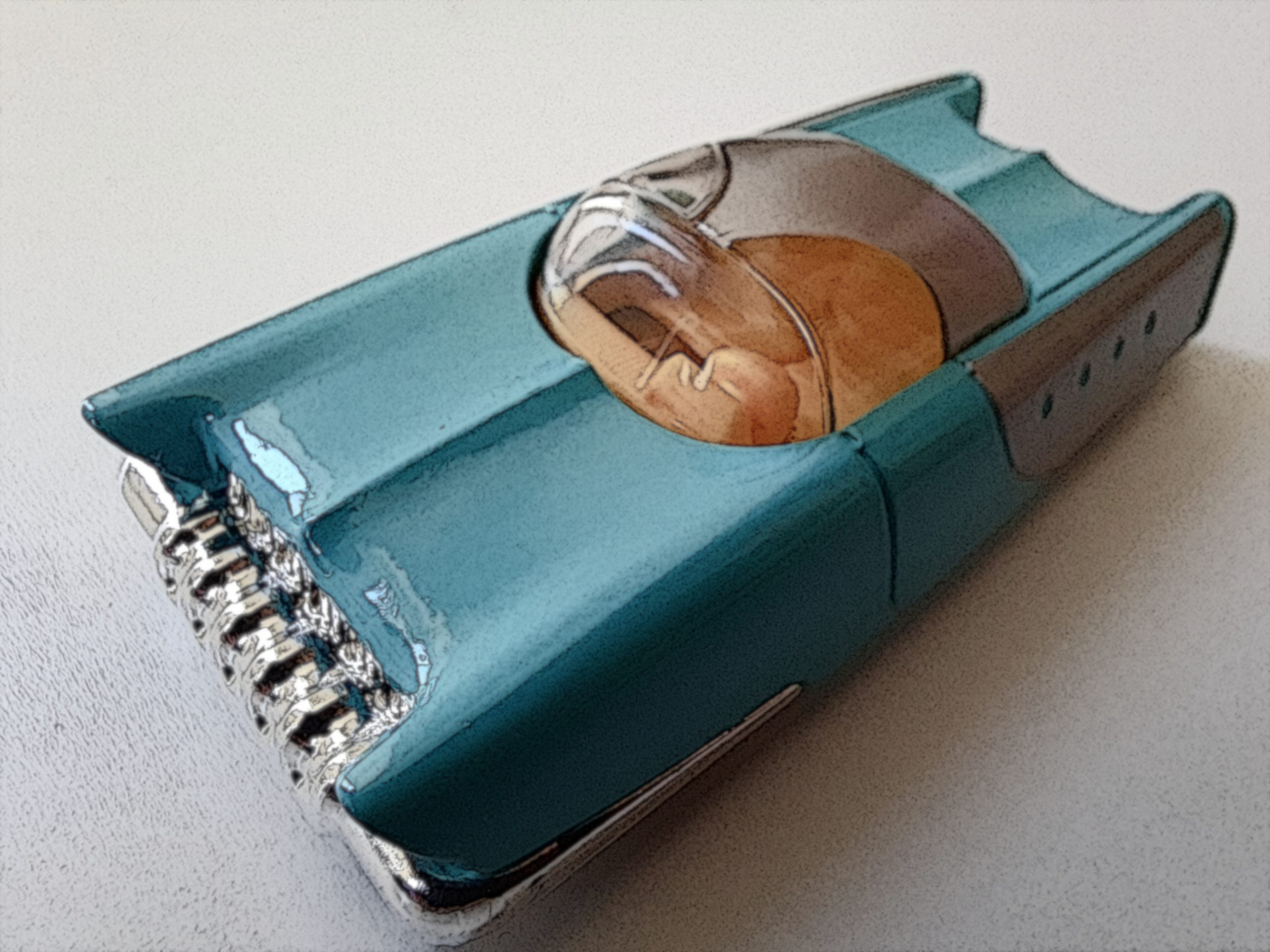 Recently Honeywell announced that it was buying the majority share of CQC – Cambridge Quantum Computing in a deal worth hundreds of millions. But what are the wider implications for the industry? Could we see more mergers and consolidations? Will QC companies look to specialise or vertically integrate into a quest for market dominance? Here we outline what the future might be for the nascent industry with some thoughts from our Quantum Market Analyst.

QAAS – The race for users

We have cloud computing. Only 10 years ago, cloud companies were nascent with very little in the market to choose from, except for Amazon’s AWS. Now there is a vast product offering from the likes of Microsoft, IBM and Google who have realised the future of computing is in the cloud. Quantum is no different. certainly, the expertise to run machines exceeds that of “off-the-shelf” data centre components and therefore without hiring an army of PhD’s the only real way for many to run on actual Quantum Hardware is to do so via the cloud. Enter QAAS or Quantum As A Service.

One aspect that will drive strategic thinking is the need to show early adopters a benefit to Quantum Computing. That means applications. Users want “killer applications” and in the QC space that means doing something eminently useful, that is either faster or better. Sounds simple, but QC is not a panacea for running all calculations or algorithms on faster hardware, as only some calculations or algorithms can be efficiently sped up. The oft-mentioned Shor’s algorithm being touted out as a killer application is a red-herring, as it provides little to no benefit to most businesses. However, what is proving often useful and might turn out to be one of the killer application is where Quantum Classical systems can provide better quality results in the world of QML (Quantum Machine Learning)

Quantum Advantage (where a QC can do something faster than classical computers) was shown in 2019 by Google. Sadly the task was not very useful, but it does show at least the principle that QC’s can offer real advantages to speed up some types of algorithm.

Paying customers are looking for any edge to get ahead – any dimension that offers that will provide a potential for selling QC. In bleeding edge areas such as Investment banking and pharmaceuticals with massive capital at stake, then small advantages to any process can leverage massive gains. Therefore it comes as no surprise that companies such as Goldman Sachs are looking at QC’s for pricing problems. Away from finance, pharma companies exploring algorithms such as VQE’s to help design better drugs. Businesses such as Kuano and Rahko are also showing how Quantum Computing can have a positive impact on drug discovery.

The Classical-Quantum intersection is proving interesting with, for example, hybrid neural networks being of great interest, especially as there is so much interest in Machine Learning with Deep Learning, making in-roads into every sector. This so-called QML or Quantum Machine Learning area will likely drive much of the transition to explore what can be done smarter with Quantum Machines than is currently classically possible. CQC was massively involved in QNLP or using Quantum in the case of NLP (Natural Language Processing). One of the challenges in ML (Machine Learning) is how to deal with the vast quantities of human text intelligently. Smarter NLP tools and algorithms can then flow into better products.

Will the Winner Take All?

Across boardrooms in some of the larger companies, executives will be watching the CQC-Honeywell tie-up with interest. Many of the start-ups will also be interested, as there exists a readymade acquisition path without recourse to an IPO or SPAC. Certainly, CQC has shown that it is possible to grow large enough to pique the interest of the larger technology players. IonQ is finding a route to the public listings market via a SPAC. Just as the tech giants have bought up smaller tech companies that are doing innovative work, the same will likely apply to Quantum. Put simply Quantum could be a complete game-changer and customers won over now and technologies integrated could pay dividends later. Waiting could be paying over the odds.

IBM with their Q service has pioneered the Quantum Cloud, and coupled with the Qiskit language, have managed to dominate a great deal of the press coverage around quantum computing. There is a “Halo-Effect” here where being seen to lead in one bleeding-edge area can help grow the business in other (non-quantum areas). Who doesn’t want to be associated with a company at the cutting edge of technological innovation?

Being corporate-friendly, IBM has attracted many to explore QC who typically maybe been looking for use cases. But we think there is still a great deal missing in the journey to getting running with QC – that is the application space. The IBM Q service is an entire ecosystem that is still rather unwieldy for some and that has left an entry point for the likes of start-ups like Xanadu and Strangeworks. We believe the Quantum race will be won in the application layer – that is doing useful work that adds real value and that means providing the tools that keep some of the challenges of QC obfuscated so users can get on with solving their real-world challenges.

We would not be surprised if Amazon, Google, IBM, Microsoft were chasing companies such as Xanadu and Strangeworks. Whilst we don’t know of any talks, we think it highly likely that the all-important application layer and tooling would fit every well into large scale Quantum ecosystems to bolster out their Quantum offering.

Today could be a golden age for QC’s to acquire clients. Just like classical operating systems, there exists a degree of lock-in if customers select one ecosystem over the others. There is an “energy barrier” (sorry couldn’t resist) to get over in terms of switching languages and frameworks. Just look at the lock-in power that AWS has in the cloud market. GCP (from Google) and Azure (from Microsoft) came much later. They were slow to catch onto cloud computing and have been catching up with AWS ever since. This is something executives will be mindful to never repeat.

The more onboarded clients today exploring Quantum Computing could put up a barrier to switching if the client can indeed see the value in the eco-system. Many customers probably want to avoid lock-in to specific languages or toolsets and as the QC world moves so fast, there will be value in those providing agnostic services for languages, frameworks and hardware (ala Amazon). Strangeworks and Xanadu are both very different, but have a similar theme: they are focused on the application layer. Strangeworks and Xanadu are both hardware-agnostic but Xanadu also develops their own photonic based qubits. The similarities are that both are expressly driving by solving the needs of the developers and that means building the toolsets and tooling that gets the challenges of Quantum to take a back seat. For example, Xanadu has pioneered QML much as CQC does.

What the Future Holds

With the imminent SPAC and listing for another Quantum Company: IonQ, the tie-up of CQC and the massive influx of investment into Quantum, we think the market will consolidate in so far as many of the start-ups we see will be acquired. No doubt the large tech giants are preparing war-chests to go on a spending spree to acquire the capacity and capabilities they need to cement their Quantum eco-systems. After being slow to see Amazon’s cloud business dominate the market, the main competitors to Amazon such as Google and Microsoft will want to prove value in the Quantum space and that means getting close to the problems, the users and the applications.

It will be a race for users, and whilst the qubit count and power of the quantum machines continues, developers will find ever smarter uses for the technology but it will not just be down to sheer computing power, it will be the ecosystem that users will want. Amazon has played their hand extremely well in integrating Quantum into a service named Bra Ket. They [Amazon] have no hardware, but are integrating other services – just like they did for AWS. Of course, at some point, it might make sense for Amazon to get or purchase tooling for Hardware to make the platform compelling because it can offer something that perhaps other than just a choice no one else offers in the marketplace.