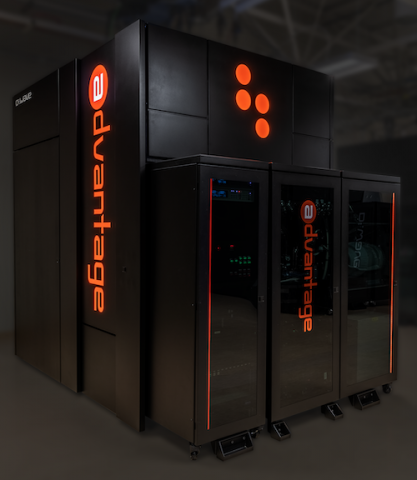 Another session at MIT Technology Review’s Future Compute conference sees two notable Quantum industry titans talk about the current and future developments in Quantum Computing. We hear from Patty Lee who is chief scientist at Honeywell Systems and Alan Baratz from D-wave.

Patty Lee is the Chief Scientist from Honeywell Systems. She spoke extensively about the creation of the Ion Trap devices under development at Honeywell. Creating the Ion Trap devices is fundamentally different from other qubit technologies and of course once they have been created they need to be manipulated. Many are interested in how the nascent quantum computers from Honeywell can be used, and for the applications that can run on them. Samsung is using Honeywell to understand the dynamics of spin models. BMW also want to understand how to improve supply chain optimisation. There are so many applications of applying quantum algorithms in new applications.

At some point limitations of qubits will mean errors become significant and this means pushing towards the goal of fault tolerant Quantum Computing. Recently Honeywell has demonstrated mid-circuit measurement and the ability detect and correct errors. Physical Qubit error rates will go down and the number of qubits will increase – along with better integration of the electronics to control the trapped ions.

Factoring large numbers is still a driving force since Shor in 1994. It is still, though, unclear when the time will come when we can simulate chemical systems. Regardless of the technology (of the qubit) there are still questions to be answered about the boundaries between classical and Quantum systems.

Patty Lee is the Chief Scientist at Honeywell Quantum Solutions ramping up the power of their Quantum computing. They are steadily increasing the Quantum Volume metric of their Ion Trap devices. Patty obtained her PhD from Michigan in Ann Arbor (on phase control techniques) before working for NIST (National Institute of Standards) and ARL (Army Research Laboratory) and then the defence contractor Lockheed Martin (who have been exploring Quantum Computing). She joined Honeywell in 2016 and her emphasis has been on the quantum charge-coupled device (QCCD) architecture for trapped ion quantum computers.

The question was posed as to what era the quantum industry is currently in. Many have been under the auspices that we are in the 1940’s classical era when it comes to progress in Quantum Computing. But could we actually only be at the Charles Babbage stage? Certainly an interesting question, because as with many areas we might simply way too early. Even as the internet was growing in the late 90’s, it wasn’t until the 2000’s that the engines really got going. So perhaps there is a lesson to be learned here and thinking we might be too advanced than we already are.

Predicting the future path of Quantum technology progress is not easy, because there are plenty of competing technologies. We don’t think the industry has quite reached the Integrated Circuit phase…yet.

Celia Merzbacher from the The Quantum Economic Development Consortium (QED-C) talks about the eco systems ranging for not for profit labs like MIT to commercial applications. There are implications for governments due to national security. QIS (Quantum Information Science) is happening in governmental labs that only government can afford to build and are mission driven, focused towards a particular area. Celia also spoke about Quantum education – how schools educate and certify. Also investors and the wider eco-system all have a role to play. Working on addressing the gaps and identifying the economic benefits despite plenty of uncertainty over timelines such that governments and companies can make sensible investments. Celia values the Quantum Computing market in 2019 at $250 million. Ultimately it could grow to $830 million in 2024.

We hear from Alan Baratz the CEO of D-wave (perhaps the most mature Quantum Computing Company). He talks about the new version of Leap, the cloud environment and visual debugging. But importantly a new hybrid solver service. With the new hybrid solver a combination of classical of resources can work with the quantum computer.

With the (D-wave) hybrid solver service around 10,000 variables can be solved. The new 5500 qubit service can now solve business problems at true commercial scale with a million variables. Of course the plans continue to innovate with lower noise and more coherent Advantage system. Menten AI is using D-wave to create ten new molecules in the quest to beat Covid-19. The quality of the therapeutics is greater with the D-wave – not just the speed of the solution but the quality of the solution, Alan Baratz remarks.

Alan also responded to criticisms about D-wave not being advantageous over classical algorithms. He states that recently they have increased the coherence of their systems and are performing scientific computations on the system demonstrating the Quantum properties (Superposition + Entanglement + Tunnelling).