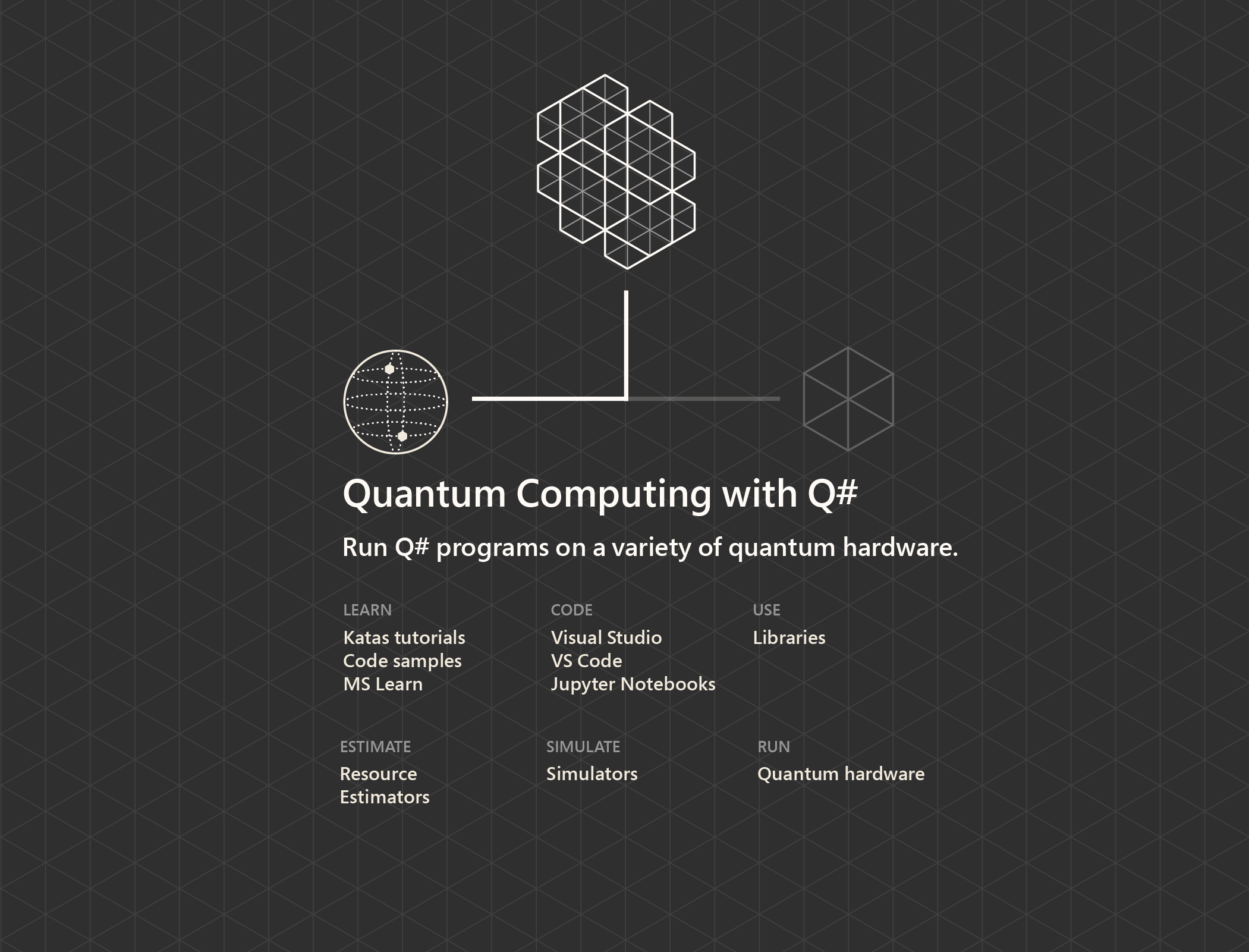 We feature quite a few different Quantum courses. In the past, we have covered courses from IBM, EdX, Coursera, Brilliant (QZ gets commission for purchases) and Microsoft. We now can report there is another instalment in the popular Quantum Computing series from Microsoft. The course is named quantum computing foundations and aims to help users begin exploring quantum computing and optimization (one of the early but indeed very useful applications of Quantum Computing).

Microsoft has been pushing heavily into Quantum Computing in a number of ways, It has many of the ingredients to make Quantum Computing a success. Microsoft has developed a specific language named Q# (Q-sharp) which is designed from the ground up to cater to the challenges of Quantum. The open-source language has proved popular amongst researchers and Quantum developers and is perhaps one of the top three languages (Qiskit, Q# and Cirq). We have covered some of the interesting literature such as books that are aimed at getting people started with Quantum. There are also other languages such as Cambridge Quantum Computing t|ket > language which displays some impressive abilities to optimize quantum circuits on just about any addressable hardware.

Microsoft has a few more tools that can make the journey into Quantum Computing that bit easier: Azure Quantum and the toolsets such as Visual Studio which make publishing and developing quantum circuits pretty easy. Microsoft’s aim like many in the Quantum Sector is to provide a complete Quantum stack where you can run integrated classical and quantum workflows with ease.

This course series comes hot on the heels of a previous course developed by Kitty Yeung for Microsoft and you can read more about that course and about Kitty and her work at Microsoft as she holds an interesting role at the intersection of Art and Science as well as being a Senior Programme Manager and Microsoft – you can read more about Kitty with our Interview about her role and the book she wrote and her Quantum Cartoon Series. Now she and her teammates at Microsoft have developed the next instalment of the Quantum course from Microsoft.

Whilst learning quantum computing can be essentially independent of the language or toolset, it is often combined with a particular framework or language to perform operations on the quantum qubit – the fundamental unit being controlled. Essentially the qubit and operations are largely independent of the toolset, but manipulation of the qubit happens with the language or toolset.

The course has the following aims: Cover the basics fundamentals of Quantum Computing, elucidate the types of problems that can be solved with Quantum Computing more efficiently than classical computing. During the course, you’ll learn how to create Quantum circuits (quantum programs) and run these Q# circuits on the Microsoft Azure Quantum cloud service and run on actual Quantum Hardware. You’ll solve a real-world application – a Job shop optimization problem. The course total length is around 7 hours and the best part is the course is totally free. By doing the course you can also collect XP points.

Check out the course from Microsoft now on Quantum computing foundations. Let us know what you think about the course, we’d love to know how folks getting into Quantum are finding the course. Happy learning!