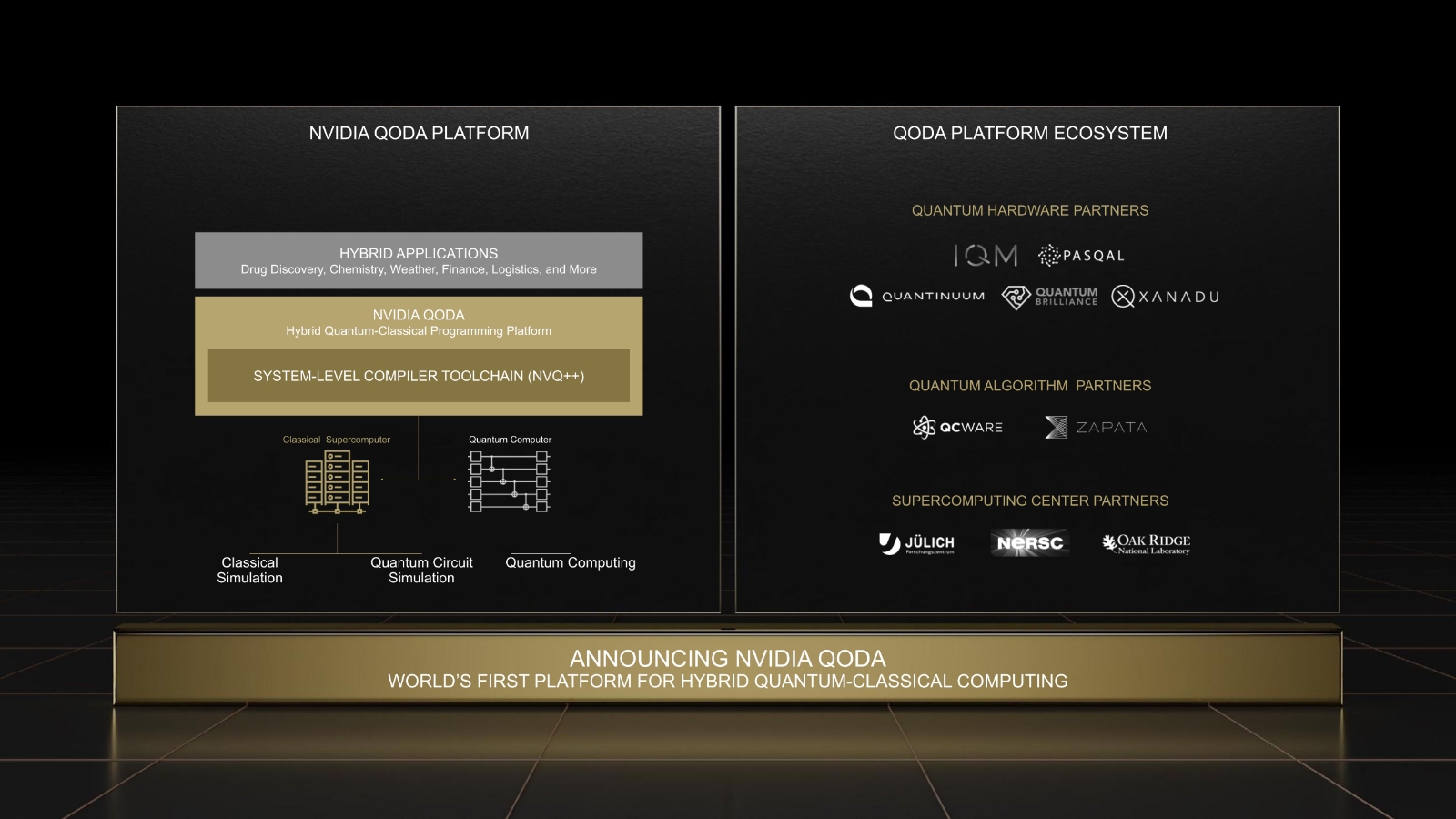 Nvidia has been steadily moving further into the quantum space. We have seen previous efforts of the semiconductor move into quantum simulation. This latest initiative is aimed at capturing more of the the quantum workflow or rather the quantum-classical workflow. For developers who want to do algorithm research on hybrid applications for future quantum advantage, bridging technology is needed to enable dynamic workflows across disparate architectures: welcome QODA, which NVIDIA claim is the worlds first platform for hybrid quantum classical computing.

Previously Nvidia announced cuQuantum, a software development kit (SDK) for accelerating simulations of quantum computing workflows. Researchers develop Simulating quantum circuits using cuQuantum on GPUs enables algorithms research with performance and scale far beyond what can be achieved on quantum processing units (QPUs) today. Before Quantum Computers are ready for prime time, researchers must simulate on devices with the appropriate number of qubits and as the number of qubits increases ever more powerful classical or conventional computers must be used to hit every higher numbers of qubits.

Just as NVIDIA has popularised and standardised much of parallel computing on GPU’s such as CUDA. The graphics giant behind some of the most popular graphics cards has announced the QODA programming model specification and corresponding NVQ++ compiler platform. As expected QODA will be interoperable with parallel computing framework CUDA (developed by NVIDIA) and OpenMP and OpenACC.

QODA will enable an efficient programming environment for accelerating hybrid algorithm research and development. Scaling can happen right the way from laptops to massive multi GPU systems. It will be backend agnostic meaning that it can work with a whole series of different qubit types and implementations.

QODA provides a CUDA-like kernel-based programming approach. Like other frameworks quantum device code can be represented with standalone function objects or lambdas annotated with __qpu__ to indicate to the compiler that this code is executed on a quantum device.

There is an early release program available too.