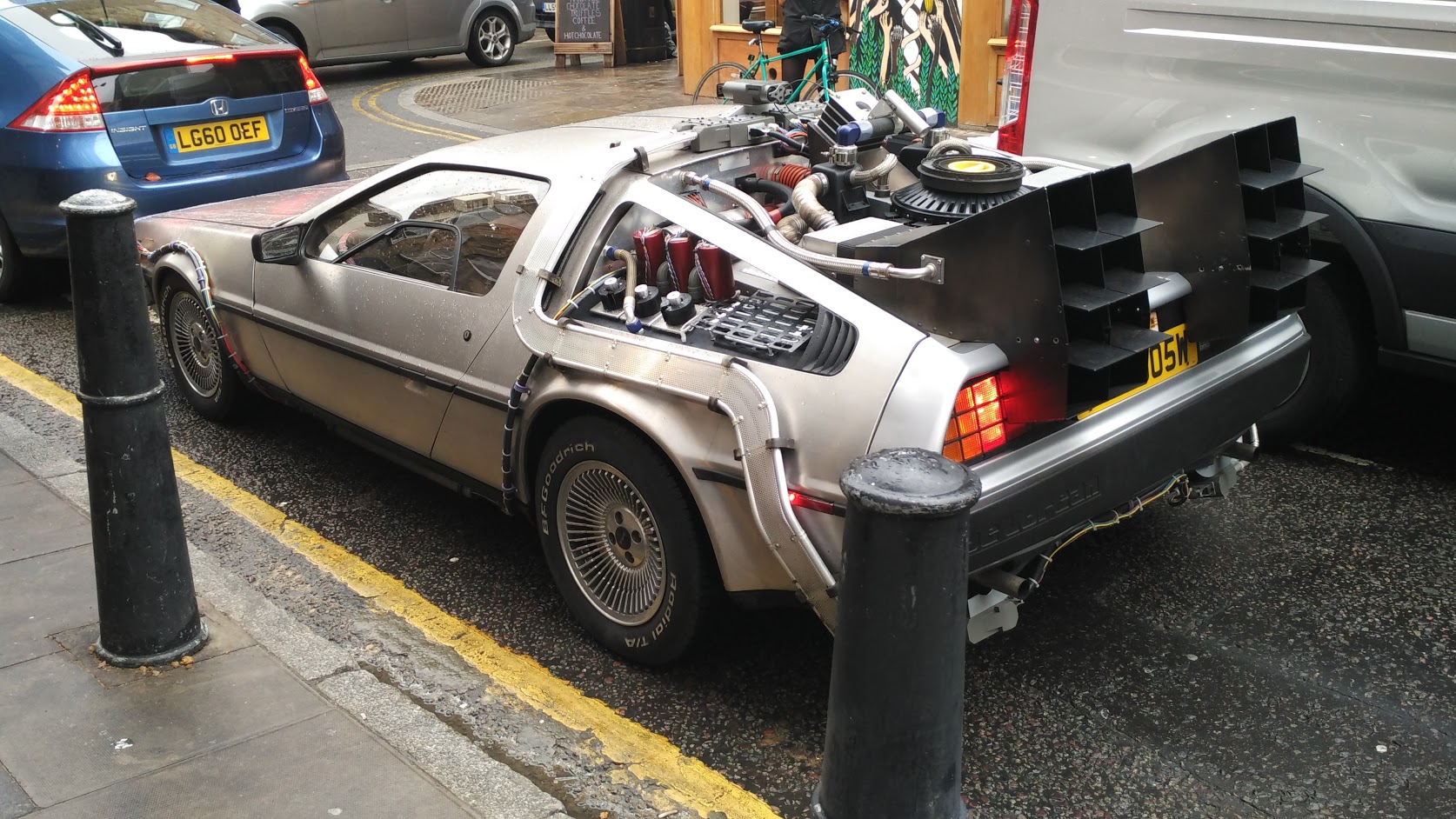 Predicting the future is hard. Really hard. Just look at science fiction movie classics such as Back to the Future. Imagining what the future can bring is a tricky task that very few have been able to attain. Sure we can often get the trends right, but it is often the most disruptive breakthroughs that change everything. Think Lasers, Microprocessors – almost unimaginable in the 1950’s. But are we now in the 1950’s of Quantum Computing?

We ain’t seen nothing yet

Looking back at science future, getting the predicted future right contains obvious but fun bloopers. Bill and Teds excellent adventure has payphones in the future, something we know is a bit of a rarity these days with communication devices in our pocket. Dr Who uses Police Box. Something that barely exists in the towns and cities of the UK. As for Star-Trek and star wars, we did have flip phones for a while thanks to Motorola, beloved of the Star Trek crew for communicating with each other. Even as a child these scenes seemed like a fantasy, but has safely become a reality. However much of these innovations and devices of the future world are simple extrapolations of existing trends such as miniaturization.

What makes Quantum Computing so difficult as we cannot quite predict the impact on our lives. Right now it might seem we are in the 1950’s of classical computing where we have devices comprising a few Qubit (in 1950’s parlance transistors) that have shown some early promise, but these devices are steadily growing in the number of addressable qubits and researchers are working on finding more useful ways they can be deployed. But that doesn’t mean we’ll see the same progression as 70 years ago.

Sometimes the past doesn’t always give us a good impression about the future. In may ways the parallel is uncanny of Classical and Quantum computing, between the 1950’s and today. However our timelines may need to be adjusted as the world is a very different place. Today numerous companies, not just research labs, are looking at the whole area and the zeitgeist has changed/morphed. We have an entire ecosystem of start-ups, incubators, specific quantum funds, education, all geared up to help accelerate these trends. Couple with other technologies leveraged in parallel we have massively accelerating growth.

Few could have imagined in those room filling main-frame days that we would all walk around with millions of times more power in our pockets or even on our wrists. Trends are one thing, but the rapid acceleration of innovation has certainly been one that is hard to predict. This is where the work done by Ray Kurzweil is useful to understand, for he has spent years studying the progress of technology and for that affect: it’s accelerating, which makes understanding all the more difficult. It we plot the growth of computing, we can see that growth forms an exponential upward trajectory and humans have enormous trouble to understand and work with large and exponential numbers.

Imagine a simple doubling of your savings everyday. Starting with 1$, how many days would it take before your become millionaire? Want to try and work it out – its not long… We’ll put the answer below. Ray Kurzweil contends that is very difficult for us humans to work with this change of pace – accelerating growth and change.

For all of the vast resources and multi-decade effort that Ray Kurzweil has put into the work to chart computational growth, it is not a law per-se, but does appear to be one hell of a reliable trend line. Many interested in pushing out to the future on the right hand side of the chart will be interested to see how Quantum might get us to the point where we can achieve more computation without rubbing up against some of the apparent limits of conventional processor technology and design.

Interestingly Ray Kurzweil doesn’t say much about quantum computing, but reading between the lines, we way that we can likely achieve ever more bang for the buck is finding ways that we can do our calculations faster and more efficiently – hence the huge interest in the field. It may still turn out that Quantum Computing is a giant folly because we haven’t discovered more efficient classical algorithms yet. Observe what happened only recently with Scott Aaronson and his also wonderfully talented doctoral student Edwin Tang, where they were trying to build quantum recommender algorithms and actually stumbled across an effective classical technique that doesn’t require a Quantum Computer.

Certainly right now Quantum Computing, looks like a potential short-cut to getting close to the complexity required to solve certain problems. So far Shor’s, Grover, HHL, and Deutsch-Jozsa are all algorithms that solve problems faster on quantum devices compared to classical devices. But that could be because we simply haven’t found a smarter way to solve some of the problems of factorization (Shor), search (Grover) with classical means yet.

Can Quantum Computing keep the world on Trend?

I would certainly not argue with the work of Ray Kurzweil as this is a careful multi-decade research work despite some of the more controversial implications of Ray’s work (the singularity). He might have stumbled on one of the themes underwriting nature itself, not a physical law perhaps, but damn close to it. A sort of law of thermodynamics, where there is perhaps it a trend for as some other thinkers see it, the universe tending to a big computing device (Seth Lloyd).

The reason that the Quantum computer is so feted is that the number of possible states grows rather like the simple “millionaire” problem posed before. Each addition of a qubit, effectively multiplies that state space by 2. So 50 qubits (or 53 in the case of Google’s recent work), that equates to a lot of states. 2^50 = 1.125*10^15. Which equates to a number with 15 zeros. A massive number of states. It is the vast number of states that are getting scientists excited about quantum computing, because already with 50 qubits, that is a great deal of complexity that can be captured. One of the first use-cases is in molecular simulation for drug discovery and researchers are exploring how they might employ hybrid quantum devices to explore how candidate molecules may be found along with potential targets.

The future may have an even faster trajectory than the 1950’s and any disruptive breath through, such as new Quantum algorithm or technique could spur further growth and development. That is what is the field is hoping for – that disruptive break through which suddenly sets the field on fire – we may just not know exactly what that disruption looks like as yet. But there are plenty of people looking, working and developing.

No doubt the best way to prepare for the future is to learn and educate oneself. This can be done with reading books, articles or even taking quantum courses to better understand how Quantum Computing may have an impact on your life. You might want to look at what some of the worlds largest most successful technology companies are doing: IBM, Google, Amazon and Microsoft.