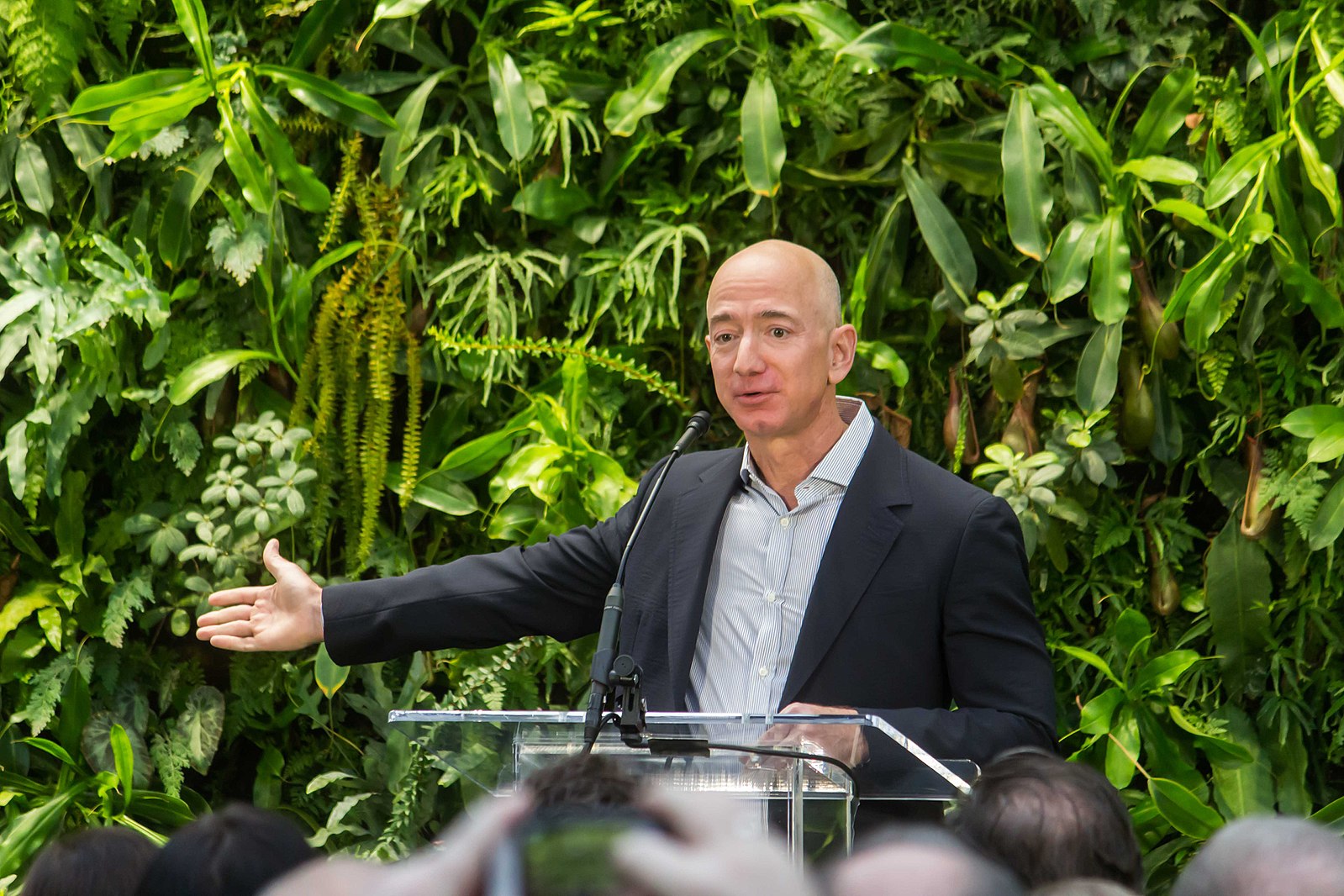 We have seen many projects start and then be dropped within the big tech space. Look at Apple’s Car project which was hiring developers and engineers away from the likes of Tesla – only for the project to be disbanded. Now it looks like the project at Apple is actually continuing. What so of Amazon which has announced that Jeff Bezos is leaving the company he founded. Will the Quantum Computing effort continue in his absence? Could the company be broken up into retail elements and AWS (Amazon Web Services) for example?

There is nothing quite like R&D intensive projects to make companies balk at the vast expense involved. Sometimes the prizes don’t go to the innovators of the technology itself. Just look at what happened to some of the most innovative companies that were supplanted by other companies. Kodak for one. Eastman Kodak was the innovator of the Digital Camera, but yet it continued to believe in print and film – its cash cow.

AWS: The cash cow of Amazon

Could the departure of Jeff Bezos mean that Amazon must focus effort elsewhere? We think Jeff was a total business genius – he took the company from an online retailer to the largest cloud provider of services that other companies use. AWS (Amazon Web Services) provides the computing infrastructure for some of the worlds largest companies and there is a good chance that you use AWS services every day seamlessly. The tech giant, one could argue got into the space, because it needed to create its own services to build on. No question that AWS has become a formidable giant of the computing space.

AWS provides plenty of revenue as companies pile into its services for running their applications. Everything from Databases and Webservices to Machine Learning tools is housed under one roof. The flexibility of the service allows a small company or a conglomerate to use scalable services.

You can argue as some of the customers want to explore quantum computing, AWS will be there on hand to allow those customers to do exactly that. Amazon reported almost $13 billion in revenue generated by AWS in the last quarter of 2020.

We don’t see the status quo changing. The new leader of the giant computing company and retailer will also likely be smart enough to realise that catering to as many customers as possible probably makes smart business sense as the company wants massive scale – that is baked into how it works.

Despite his relative anonymity outside of the company, Jassy was the person responsible for founding AWS back in 2003 along with Amazon Music and has been at the company for 23 years. Quite an innings. This move is likely to only cement the importance of AWS in the stable of services and products that Amazon offers. Many financial analysts have called for the break up of Amazon into divisions of retail and AWS – as both could be argued as very disparate types of business.

What then for E-tailing?

We just love using old terms such as E-tailing and E-commerce. The process of buying online is so mainstream these days, we don’t see buying online as anything unique. Amazon will be seeing where it can extract maximum growth, in providing the services for anyone who wants it or creating end-to-end services such as retail. But we think Amazon would rather sell its services to to as many customers as possible, as opposed to selling books and consumer products. In some ways Amazon has subtly become a platform rather than an online retailer.

Amazon has continued to pursue a path of growth in retailing rather than profit. Could this be about to change? We think it likely there could be even more separation of the divisions – but the company still remains one company. We would not bet against a spin-out but we think it’s unlikely just yet. There is two much synchronicity between the Amazon retail and commercial service products, a Halo effect. Look to Google and Alphabet to how it might continue in the future.

Jassy was responsible for running the AWS division and now he will head the entire company. Might his “platform” thinking find ways to open Amazon up itself into other services. Could Amazon become more like Alibaba (the Chinese tech giant) and essentially just be the sales platform, delivery and fulfilment service and get out of selling actual products itself? Sounds crazy until….you realise that Amazon never originally permitted third party sales and the YoY growth is typically 50%.

Quantum Computing as a Service (QAAS?)

Simply looking at the competition it is clear that if AWS would drop Quantum, it would leave itself open for other providers to step in and nip away at its core business. IBM is convinced that classical and quantum workflows belong together and will facilitate that, meaning it will pick up customers who want quantum and will gladly join the IBM ecosystem for other services too. Ditto for Microsoft and its Azure platform, which comes in both classical and quantum flavours. Truly cloud must be a one-stop shop for everything. As Quantum becomes more important, Amazon will have to show that it can remain innovative against the likes of IBM who have almost half a decade head-start at Quantum cloud services. One clear advantage of AWS are the sheer number of incumbent clients, and Amazon will be waiting with open arms with its Quantum services ready to service those existing customers.

Amazon’s existing Quantum service is named BraKet, which are the symbols that mathematicians use to express quantum vectors or states. We have reviewed AWS entry into the Quantum space in previous articles.

Now a newcomer will be taking on the baby that Bezos and Jassy built. AWS executives Peter DeSantis, and Charlie Bell are thought to be in the running for the head of AWS role. But with the vision and direction already set AWS, perhaps only the job requires a steady hand on the tiller, so to speak.

So when it comes down to it, we think they’ll be no changes as far as quantum is concerned. In fact we think Quantum services will only expand as more and more emphasis is places on providing the shovels to allow others to build the product.