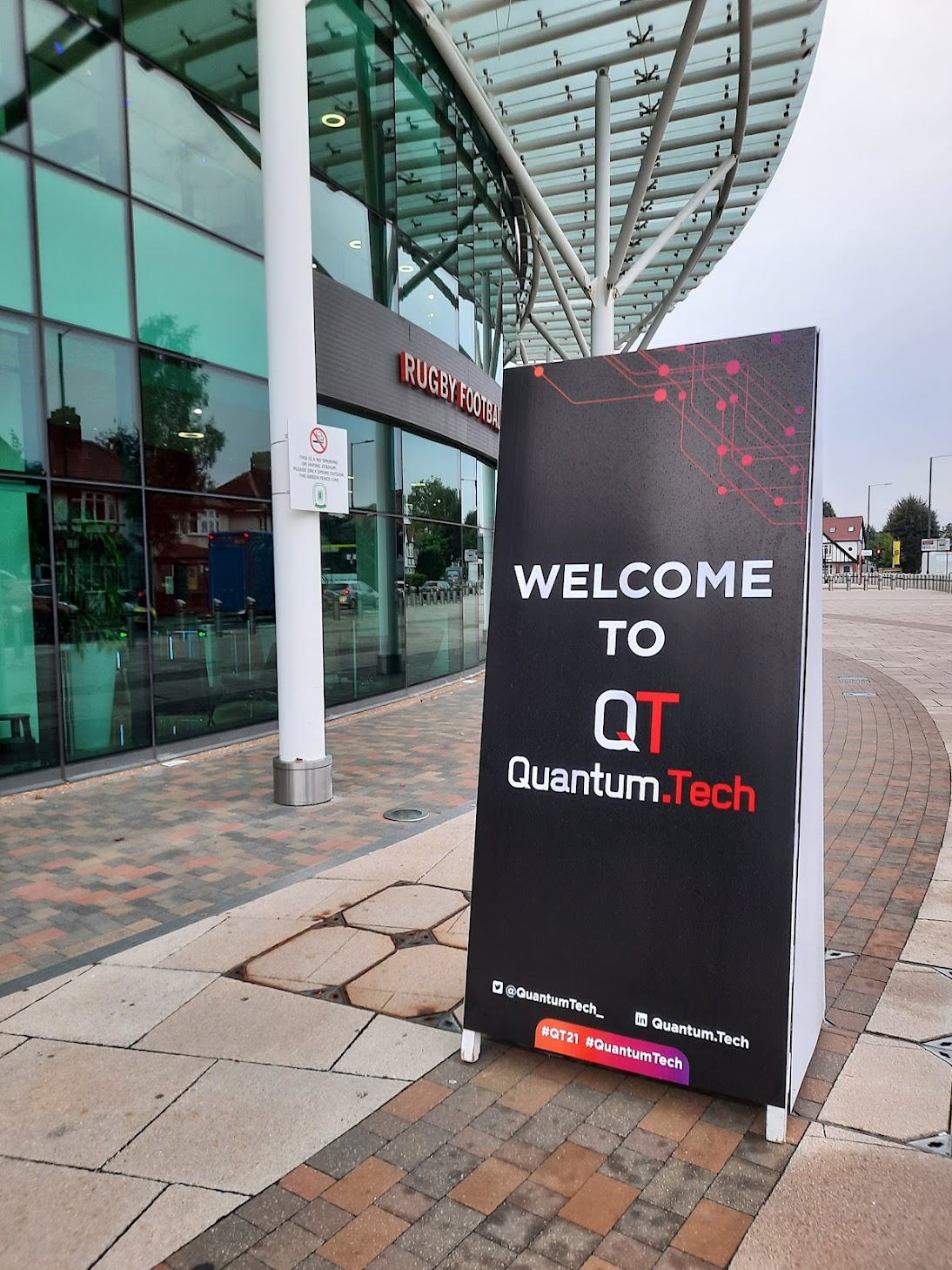 The one-day Quantum conference Quantum.Tech came to Twickenham, famous for its Rugby stadium, but the attendees were not interested so much in the hallowed venue itself or Rugby, but rather, how the UK can remain in the top league of the quantum technology world stage.

A vast array of speakers attended such as the infamous Sir Peter Knight, who often needs no introduction, but if we were, it would take a long time. Suffice to say, Sir Peter has worked at the bleeding edge of science and technology and is behind much of the innovation in photonics. Other speakers came from research councils and government and of course, those who are actively working to commercialise quantum technology – and that means just about everyone from fledgeling start-ups to more established scale-ups and some of whom now appear to be grand-daddies of the Quantum age such as Cambridge Quantum and Rigetti.

To write here a summary of the day would not really do justice to the field or the speakers, but we will include a few interesting snippets from the day. The line-up included many scientists who have been inspired to take their achievements from the lab and commercialise them. We heard from the likes of M2 founder: Graeme Malcolm which is one of the providers of equipment and hardware for the scientific industry, one of the enablers of the quantum photonic revolution that we are seeing right now.

The audience was also treated to some of the applications of Quantum Computing and Quantum sensing. Hearing from the likes of BP (British Petroleum) on the use cases for Quantum sensing. Example use-cases included using Quantum Computing in Drug Discovery as exemplified by UCB (a leading pharmaceutical company) who are exploring using Quantum for small molecules. As is well known in science, the “folding problem” means that is it difficult to predict protein structure from amino acid bases. Bhusan Bonde talks through some of his work exploring and contrasting with the Alpha fold code from Deep Mind.

More on the application side included talks from DunnHumby (famous for Tesco Clubcard) who need to optimized pricing decisions for their customers (not just Tesco). The team at DH have been busy exploring how they can get familiar with quantum computing, even if the problem space they can solve is much smaller than they typically need.

Sadly we could not cover everything, but we hoped that we gave you a taste of the exciting developments that are happening around the world. But the best way to learn about quantum is to read the news, perhaps even attend the Boston Quantum.Tech conference coming up!