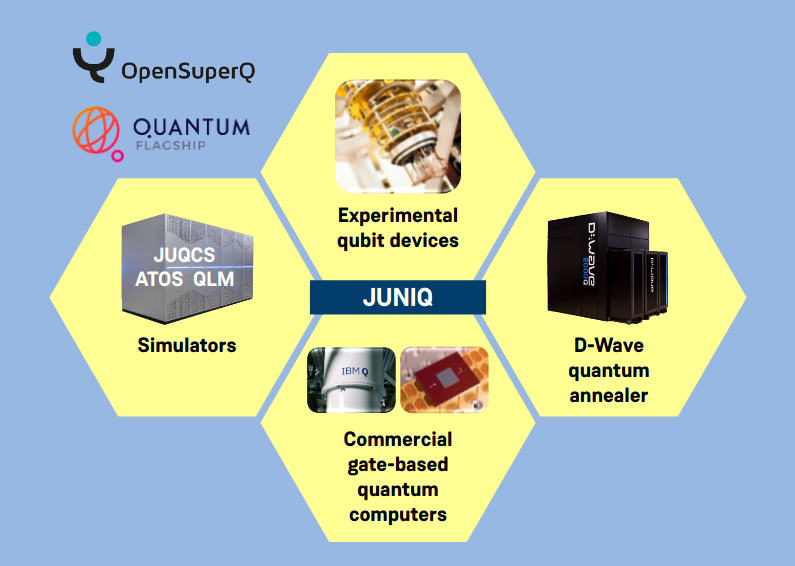 Julich have out-reaches with a variety of Quantum Hardware creators including D-wave where they have shown Binary classification by Support Vector Machines (SVM), a supervised machine learning algorithm which has proved popular in the classic domain. Additionally Performance test of the IBM QX4 (5 qubits), IBM QX5 (16 qubits) and CAS-Alibaba (11 qubits) quantum processors by means of measurement of the singlet state have been performed.

Find out more what the group is up to here.