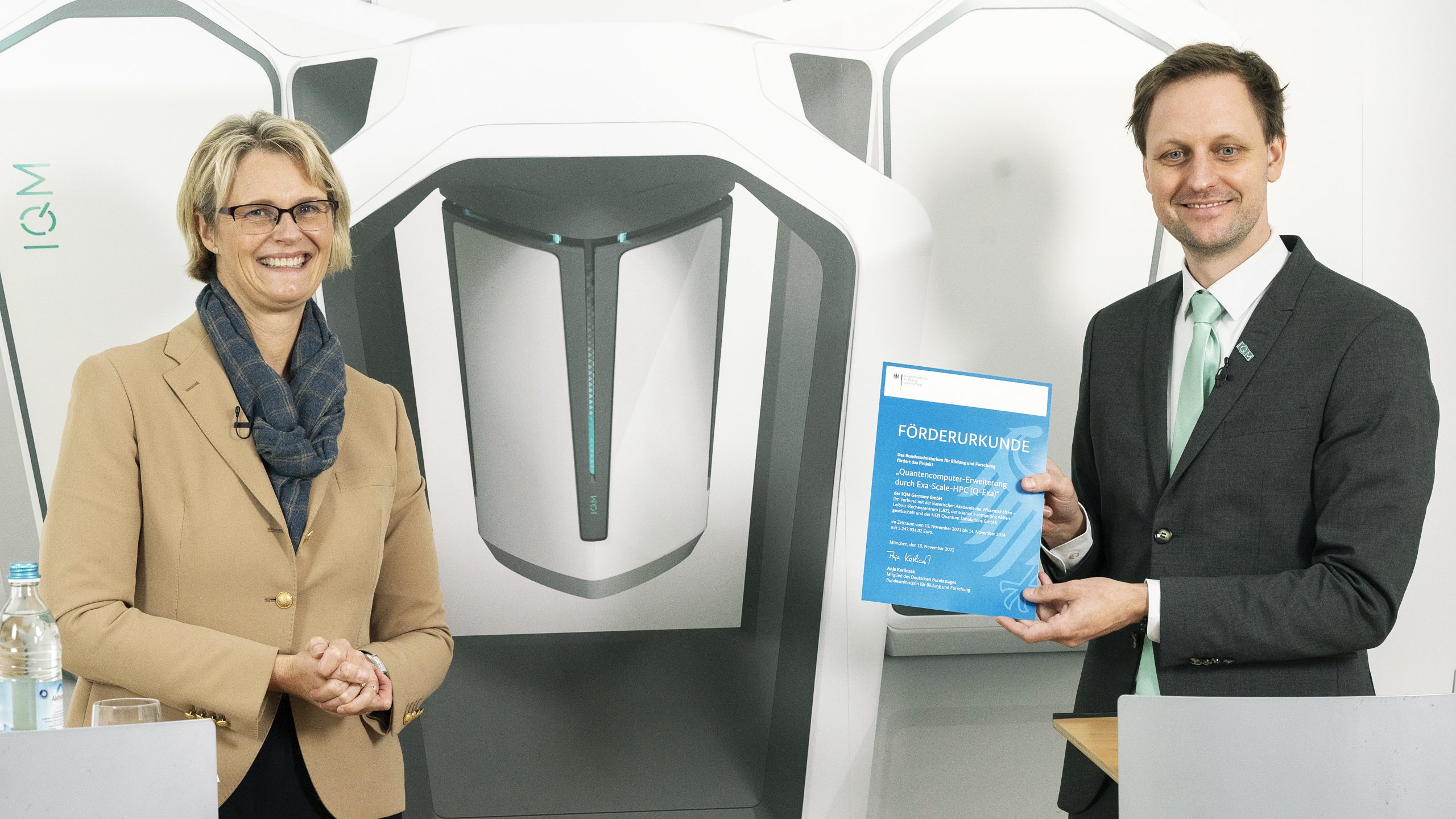 As one of the deliverables in a  €45.3 million project, quantum computers builder – IQM has been selected to deliver a quantum computing system that will be integrated into an HPC supercomputer.

IQM’s Quantum Computer will be the first gate-based quantum computing system that will be coupled with an industrial-scale HPC environment. The partners are confident that this will make the quantum acceleration of HPC applications a reality.

Quantum technology has the potential to solve computational problems that are beyond our conventional computers. But in order to reach this so-called quantum advantage, researchers will have to overcome several technological hurdles, including the ability to build a large-scale quantum computer that can manage and manipulate quantum information.

This is where Q-Exa steps in. The Q-Exa Consortium was formed to study how best to integrate quantum computing into HPC infrastructure. The consortium’s goal is to incorporate a quantum processor into an existing classical supercomputer. The two machines will then work together to solve problems that are beyond today’s classical machines.

The project aims to integrate a German quantum computer into an HPC supercomputer for the first time. This will enable researchers to test new algorithms on both classical and quantum computers in order to better understand how to get the most out of these systems.

To accelerate the novel discovery process on quantum computers, HPC centers are seeking the best methods to integrate quantum accelerators into their existing computing infrastructure. The integration of quantum computing into a supercomputer is a major step for developing on-site solutions that enable quantum technologies to be used in application-oriented research projects.

Q-Exa will be led by IQM, along with partners from academia, research institutes, industry and the German government. IQM will work with Leibniz Supercomputing Centre, LRZ – one of Germany’s three national supercomputing centers, Europe’s leading HPC and quantum system provider (Atos) and one of Germany’s leading innovators of quantum computing applications (HQS) on this project.

The Q-Exa consortium’s goal to integrate quantum computing systems with HPC aligns with other quantum research projects in the German and European quantum community. Projects such as the digital-analog quantum computation align particularly with the concept of the Q-Exa Co-Design Lab.

The Co-Design Lab will foster a quantum advantage by working with top industry partners to tackle key barriers in developing and deploying quantum computers for commercial use. This aligns with the objective of other consortia such as the QUTAC consortium. On the applications, consortia such as the BMBF projects QLindA, MANIQU and other initiatives support development as industrial use cases can be tested on the Q-Exa demonstrators.