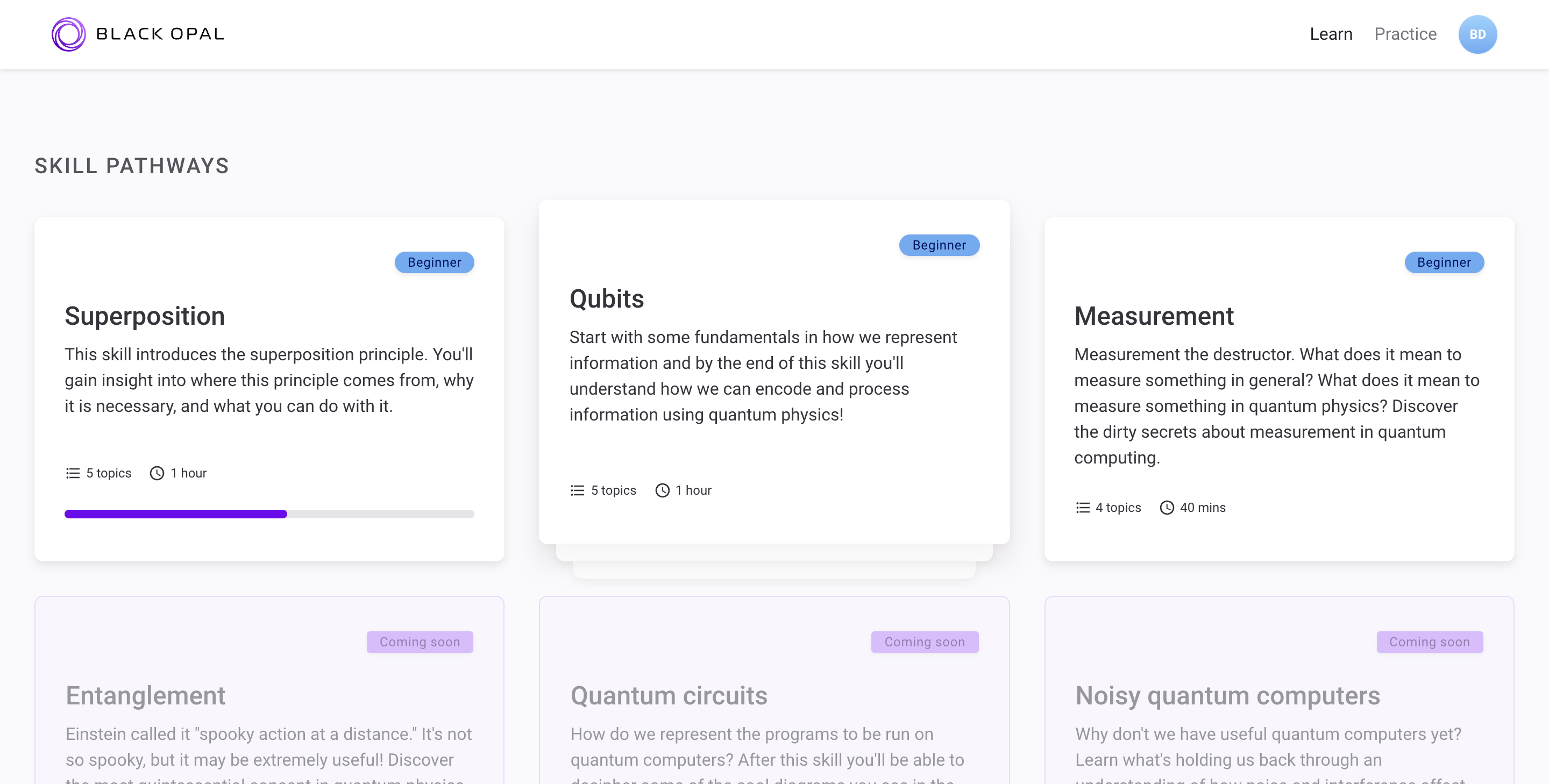 You may have heard of some of the tech companies such as IBM and Microsoft which are promoting understanding of Quantum Computing. A new entrant has emerged from Q-CTRL which is actively involved in the development of Quantum Computing control systems. The tutorial, Black Opal, is pitched at non-scientists and aims to take learners through the fundamentals of complex and often poorly understood concepts in an interactive fun manner, and not just multiple-choice questions either! The people at Q-CTRL have made a huge effort to push real understanding rather than literal box-ticking. We took an early look at the course and have reviewed the course.

Unlike a lot of tutorials that dive right into the maths or equations, Black Opal focuses on the basic physics that drives the phenomena which Quantum Computers exploit, namely interference and superposition. These are the bread and butter of the whole field which are often so poorly understood, so we commend the focus on getting the basics of waves and their interactions over in a way that is fun and in bite-sized packets of learning that can be easily dipped into and out of at will. Black Opal is designed to help anyone begin their quantum journey, so the initial level might be a little low for some more experienced quantum people, but that is the point, to be a full learning platform for everyone.

Learners will enjoy the novel way that they have to really understand the basics of waves, by graphically manipulating the properties of a wave until the desired properties emerge. Constructive and destructive wave interference is demonstrated as the backbone of Quantum Computation and quantum circuits effectively ensure that desired results emerge from the correct interplay of constructive and destructive interference. Learners won’t be box-ticking, they’ll have to really get to grips with the material in order to get the right answer and we loved that analogue way of answering because it prevents people from just guessing without properly understanding the material being taught.

The platform is a refreshing environment and lends itself flexibly well to new content. New courses will be added at the end of 2021 and the beginning of 2022 on more advanced topics, so it shouldn’t be risky to wait to see what additional content is uploaded on the platform, but here are topics touted for release:

Professor Chris Ferrie, who is famous for the book: “Physics for Babies,” developed the content for the course and is a quantum education advisor for Q-CTRL. The platform aims to gamify the process of learning, which it does with clear animations and explanations and requiring the user to be interactive in their response. Some things that I would like to see are for example the numerical equivalents on some of the sliders, for example the angle of rotation – I think it would help to have the actual rotation so that learners get some handle on numbers and what they mean. Of course, its is understandable at Q-CTRL they wanted to minimize the overload of letters and symbols.

The other platforms out there offer content and tutorials and we have often covered these extensively, and perhaps the closest in look and feel is the offering from Brilliant. There are also a variety of courses on EdX and Coursera that cater to different aspects of quantum Computing.

Getting Started with Black Opal

It’s still early days for Black Opal and the service is still in beta, but don’t be shy, signing up costs nothing, and if you are curious about quantum computing, and think you don’t have the background, this might just be the course for you!