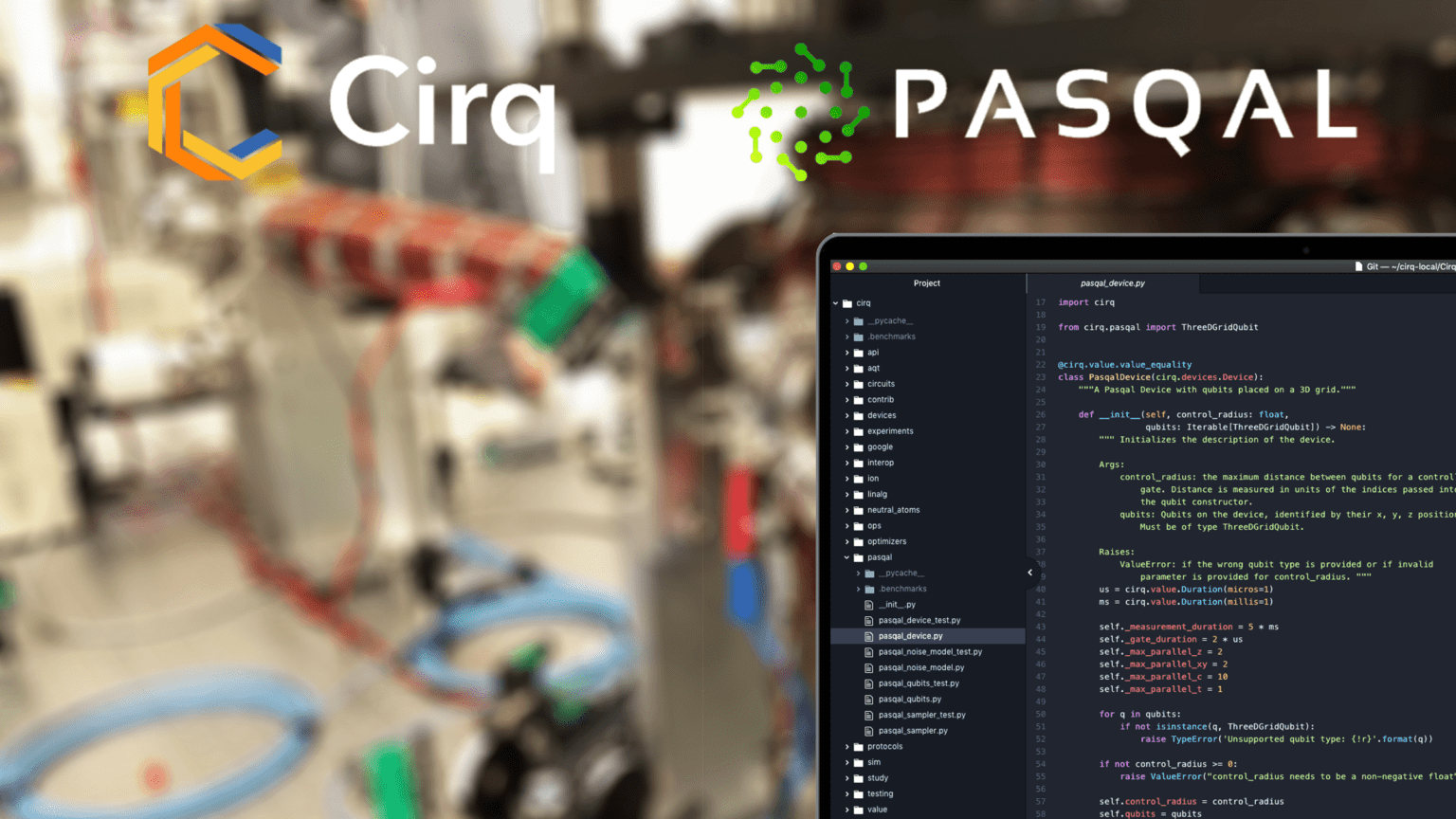 Pasqal works on building Quantum computing hardware and was founded in 2019 to exploit the technology developed by the Institute of Options in France. It’s technology uses large 2D arrays of neutral atoms to form its qubits. Pasqal’s latest announcement states its intention to work with the cirq quantum computing framework which is open-source but backed by one of the largest players in Quantum Computing: Google.

Pasqal has collaborated with Google to give access to its technology through Cirq, an open-source framework that can work across a number of hardware platforms. Pasqal’s API is currently able to run instances on an emulator, while the first processor is being built. Buy employing cirq it means that they are joining a large and growing eco-system. There are other eco-systems such as qiskit, pyquil and Q (Microsoft) for example.

Pasqal was founded recently 2019. Pasqal is funded by Quantonation, a Paris based VC fund focusing on Deep Physics and Quantum Technologies.

Cirq is an open-source framework for Noisy Intermediate Scale Quantum computers (NISQ). The Python based library allows writing, manipulating, and optimizing quantum circuits and running them on quantum computers and simulators.