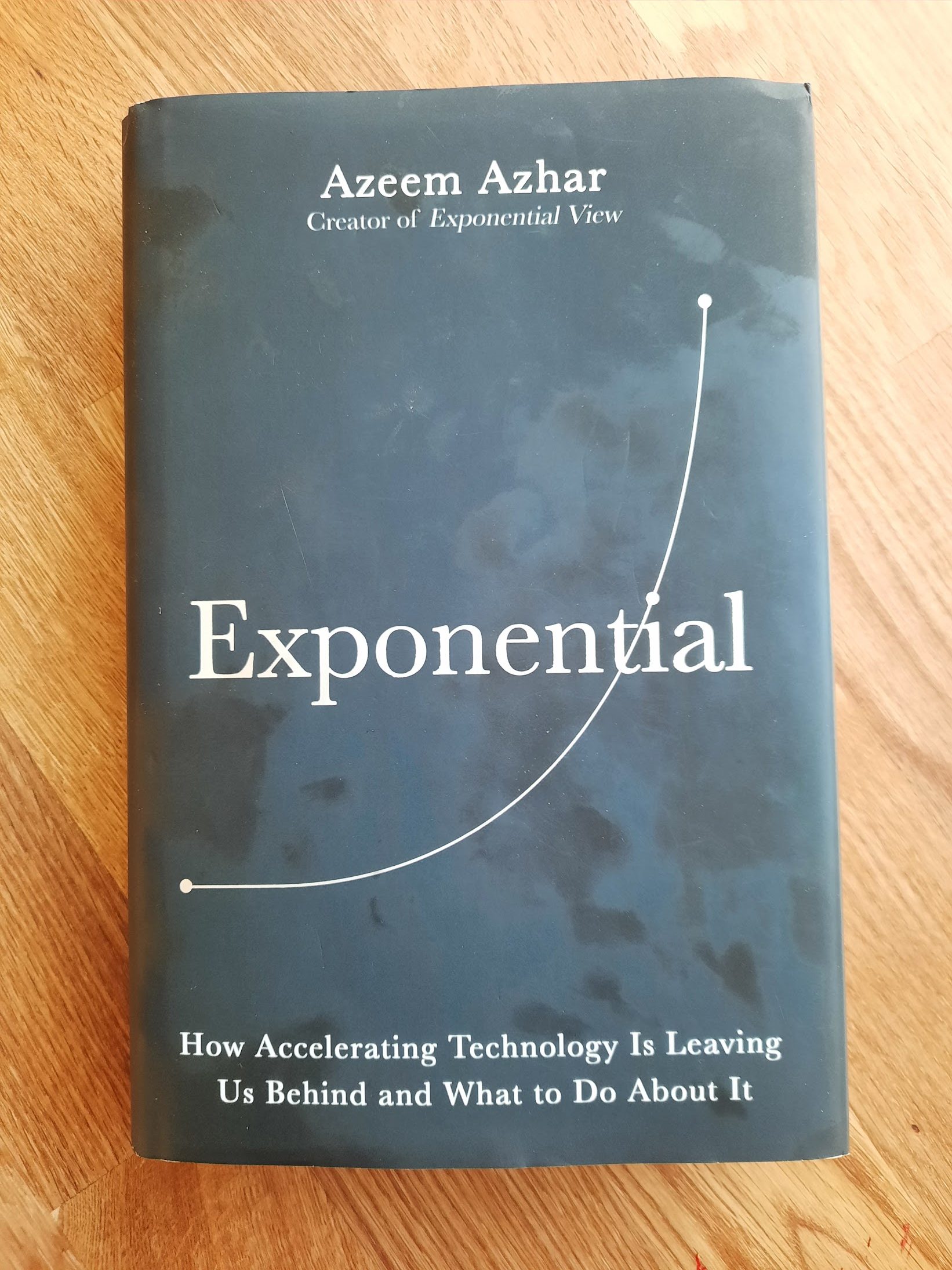 Books already abound about the exponential pace of technological progress. Books from the likes of Ray Kurzweil have gotten us all pretty excited about the rapid rise of technological innovation so you could argue the book from Azhar is entering a crowded market. However Exponential is a bit of a sleeper hit. It is a well rounded researched piece exemplifying challenges of our rapid technological pace with historical context of the evolution of technology.

A number of aspects stood out for us including the slightly British/European focus (Azeen Azhar is from the UK) which for “case-study-philes” like ourselves is always a welcome adjunct to often the relentlessly US focused examples.

For those wanting a vast section dedicated to Quantum Computing, will be left wanting, but there is certainly an honorable mention. Azhar hasn’t tried to make out that Quantum Computing will solve all the planet’s ills as he concretely understands both the premise and limitations of this field. Far too often author’s will glaze over the details and lead the reader to erroneously believe that Quantum is the saviour of all things computational. That detail is what we like, and shows through to the rest of the writing where Azhar has carefully even selected current Quantum Computing examples that can have tangible benefit to society in the near term. He also talks about how fields such as Quantum will require different skills in the future.

You’ll be reminded of how even the then CEO of Microsoft Steve Ballmer under-estimated the Apple iphone stating that he believed it would never take off and fad. Microsoft slept and the rest of the world was never the same again as this ubiquitous device took off and launched an entire genre of device into our lives. Microsoft learned though and made sure that they pushed into cloud computing which AWS had shown the “trend line” for.

Despite all the content, the book is a simple joy to read. Azhar has a real talent for conveying the information in an interesting thoughtful way which meant reading was almost effortless with carefully woven prose.

Reviews of this kind of book are not so easy as the sheer volume of topics covered is vast and the central theme is the title of the book, of course is about such a wide field. What you do get is a vast array of very well researched material covering the past, present and future of technology. Divided into eight chapters, each does a good job of tying together the research and ideas. One chapter is named Labours Lost love is our favourite which explains much of how we got to in the modern world and what is happening to labour markets as a result of technology.

For those who want to understand more about where we have got to and importantly how, the book will be a joyful read. You’ll also be left with an impact which may help form a possible view of the future and how we can learn from history.

Available from all good booksellers!