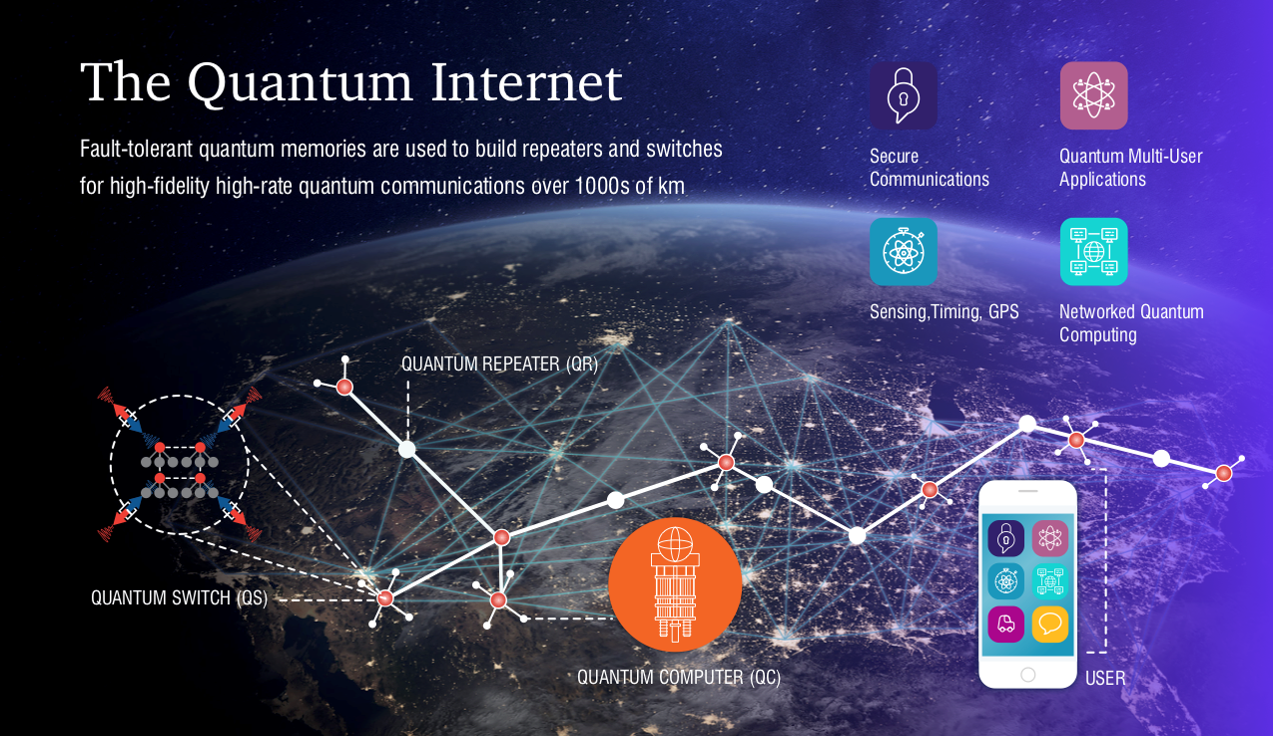 The internet has shown us the power of networking. Many have heard of Metcalfe’s law relating to the value of the network which grows exponentially as the number of nodes increases. It should be no surprise that some of the world’s Quantum institutes and their funders are interested in Quantum networking.

Labs such as QuTech in the Netherlands are working on developing a Quantum Internet, but recently we see the quantified vision and aspiration of one the US’s Center for Quantum Networks in terms of creating the devices and infrastructure to support sending 10 million qubits worth of information per second between multiple locations. Such bold but necessary ambitions are an important piece of the quest towards exploiting quantum computing and technologies, and therefore worth highlighting.

Lofty ambitions of sending millions of qubit states per second might seem impossible, while the number of qubits that most labs have to play with is only of the order of tens or hundreds – let alone making them talk to each other at a distance. Clearly though the drive and aspiration exists. Looking back, perhaps the same could be said about the early days of the internet where the initial data use with relatively tiny. Even the NSF’s own website states that this project is: “…is really hard!“

It has been mentioned by many in the field that in order to get workable Quantum Computing, networking will play an important role as devices will need to co-ordinate to generate the potential benefit from a massive number of qubits. Certainly re-assuring to see that not only qubit technology forms an important pillar of research but that funding is flowing quantum networking.

Thanks to John Preskill for highlighting this initiative. Read more from the NSF and Quantum networking.