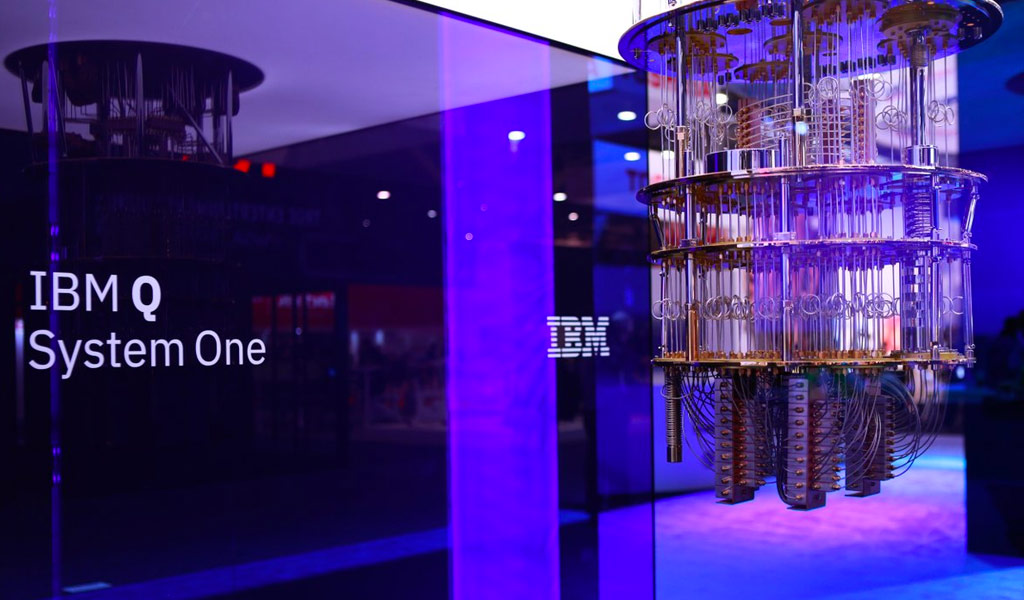 IBM’s Quantum Computer and what it means for humanity

Companies ranging from IBM to Microsoft, and even Google are now working on quantum computing devices. Quantum computing is starting to become a term which is becoming used more commonly. And we are, I think, potentially at the turning point where quantum computing is entering the Zeitgeist or the common consciousness when the whole world has cannot escape technological developments as fundamental as Quantum Computing.

Household Names getting into Quantum Computing

Big household names such as Microsoft and Google, IBM, D wave, and a whole host of others (who you likely have not heard of) are working on this thing called quantum computing which seems like a magical foray into another world. Quite literally, maybe even another universe (a pun for the multiversers out there). Only just recently, IBM announced more developments for the quantum computer with a fantastically consumer friendly video, which I’ll include here.

What does Quantum Computing mean for us all?

The question is: Could a quantum computer be useful for you, what does it mean to you, your life, your family, and the future? Is there some substance behind the hype of quantum computing and the press releases over growing numbers of qubits?

What is Quantum Computing?

Fundamentally Quantum Computer differ from normal or classical computers because of the very nature of the way it works at the most fundamental level, which is at the bit level. On a normal computer bits are literally just zero or one, there’s no in-between states. Instead of a bit, Quantum Computers use instead of a bit, a qubit, which stands for a quantum bit. And this quantum bit is able to take a multitude of different states, not just zero, and one this in essence, is where you get the power of the quantum computing from. And this in a nutshell, opens up the potential for doing more complex calculations more rapidly and more effectively.

But right now, there is no killer application, so to speak, that quantum computing can be used for, although there are some spin off applications such as in quantum cryptography, which is allied to, for example, quantum key distribution, or QKD. For people interested in technology now presents an amazing time to really understand what’s going on at a fundamental level behind Qunatum Computing. This feels like the 1950s for standard classical computers, where there’s a whole series of people working on different design paradigms, how these things might work, everyone looking at different technologies, from ion traps, to topological systems, photonics. Basically there are so many potential ways that one might embody a quantum computer. And because there really is no standard it makes for exciting reading and exciting times, as teams around the world compete to find the standard by which they can perform versatile universal quantum computing.

For many scientists now in different fields there is a lot of focus now on computing at the quantum level. And like I say, there’s different paradigms, whether we are going to be computing with topological systems or something else. One thing is for sure, the whole industry is not standing still, there’s a competition on and there’s a race for the crown for a universal Quantum Computing. The first team to effectively commercialize the quantum computer is potentially going to make a lot of money. Already, we’ve seen companies such as D-wave produce and sell a particular type of quantum computer, but it’s not universal, you cannot compute in the same way that you would a normal computer. The D-wave machine solves only a small spectrum of particular types of problem. And it’s not general purpose (GP) which is what the Holy Grail of Quantum Computing.

The goal of the Quantum Computing community is produce a general purpose level of quantum computing that is possible for the standard algorithmic calculations, which are faster than or purported to be faster than using standard classical computer, many people talk in these two paradigms. One is classical computing, and the other is quantum computing. Now, of course, these two worlds often have to interact because we live in the classical world. And we need to do the calculations in a world where possible, where we can achieve some speed up, but then we need to be able to interpret those results. And therein lies the quantum computing difficulty, because not every calculation is faster on a quantum computer. So this is not some kind of magical solution to making everything faster. So unlike faster processes or high clock speeds, it’s not necessarily going to make everything faster only certain types of calculation can run faster in a quantum world.

Just as many years ago we thought that we’d never have a computer in our pocket we now do and it’s now very inexpensive just look at the room sized machines that were being used to calculate firing tables for example during the second world war or some of the calculators for example LEO I (Lyons Electronic Office) uses for optimization of delivery, and office work, enabling them (Lyons) to run their operations more effectively.

Not many people would have considered back in the 1950s that they would have one of these machines millions or billions of times faster. And now they’re in our very pockets, enabling them to communicate with almost anyone around the planet. So I think it could be naive to brush off quantum computing as just another fad. When you look at the money pouring in, and the funding, you start to realize that companies are looking at this very seriously for those who don’t look at this will be left behind and may never ever catch up.

IBM, I must say, has been leading the field over the years, it’s had a history of technological innovation, from mainframes to more more consumer facing products, for example, the hard drive and other technologies although these days IBM is hardly visable in the consumer space. I’m surprised any consumer really knows what IBM actually stands for. Because I think the last time I bought something from IBM, it was probably about 20 years ago. But I wouldn’t rule out big blue just yet. There is still hope that the big companies such as IBM can innovate and they can find critial usage from users (even end users).

One of the ways that IBM is enabling people to experiment and get some early traction in the marketplace is with its IBM Cloud system, which enable people to run quantum calculations and simulations, and I’ll explain about that later on their hardware remotely. So this means that if you want to run a quantum algorithm you can do so of course, there is a limit to the amount of computation that can be done, because, of course, there is a fixed number of qubits.

When the author was last using IBM and its blue mix service, there were only seven qubits in existence. So this is not quite the same as having to seven bits to play with. Rather limited in terms of what you can and can’t do. IBM so far, don’t charge for using their services and you can use it for free. I’m sure they’ve increased the number of qubits now. So you have a lot more to play with. Whether or not it’s easy is really down to your level of experience, and how much you know about quantum physics and also programming. But obviously, in the cloud, all the hardware is taken care of for you. So you don’t have any to get your hands dirty. Obviously, you have to understand how the qubits work and some of the basics of quantum physics and Quantum Computing and Informatics that’s going to be very useful. But if you really want to have a go, you can have a go now.

The most fundamental crazy thing ever is that you and I can operate a quantum computer from the comfort of my home or even on my phone if I wish. The first time I ran a simulation and a quantum computation on IBM Cloud system, I was blown away I’m one of the reasons I was blown away was because if you listen to one of the creators of quantum computing, David Deutsch do he he will tell you that computing in the quantum space is actually using multiple universes to do the calculation. This is fundamentally what he believes and as one of the most prominent scientists on the planet, its worth listening to what he says. This means that in some way, when you are performing a calculation, you are able to access the power from those multi verses and and harness that power to do your calculation. Quite incredible. So literally, this device is something from science fiction. Again, I’ll provide the links here so that you can use the IBM service as you want and I hope that you have fun with it. It will be a very interesting experience. I would love to hear your responses and comments below on this article.

You can sign up for the IBM Q Experience here for free and get an account. IBM Q Experience
Beginners guide to Qubits (from IBM) Qubit Introduction from IBM
Video Tutorials from IBM IBM Videos on QC