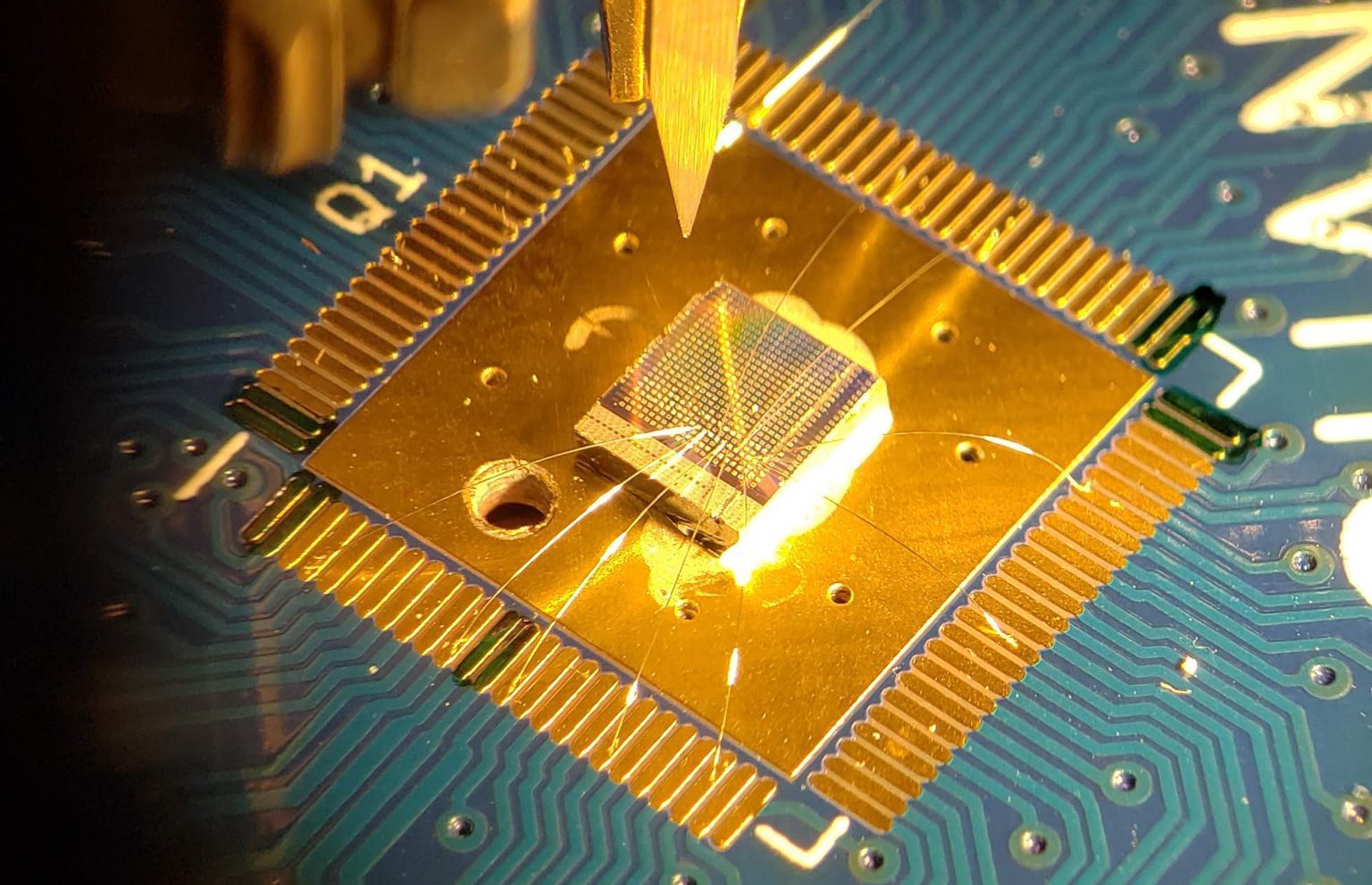 Despite some of the Brexit battles and of covid-19 issues, some of Britains Quantum start-ups are continuing to fire on all cylinders. The recent news from the UK based Quantum Motion, spun out from from UCL and Oxford University claims to have made a breakthrough that increases the viability and production of Quantum Computers using silicon. The key is to use existing silicon fabrication techniques to build Quantum Computers. The findings are published in the PRX Quantum Journal.

In the publication titled: “Spin Readout of a CMOS Quantum Dot by Gate Reflectometry and Spin-Dependent Tunneling“, the article discusses how silicon spin qubits are promising candidates for realising large-scale quantum processors. Because these processors benefit from a magnetically quiet host material. Importantly there is already a very mature industry for silicon (fab) fabrication that can be tapped into. In essence using silicon means that decades of existing research can be deployed. Unlike other Quantum technologies, the industry around does not need to be built up or invented. Contrast to the super conducting qubits which need to be held at low controlled temperatures (the Silicon Devices will still need low temperatures to operate), but we have an existing industry that uses silicon devices and very very few superconducting devices. Of course the jury is “still out” for what the win out qubit technologies will actually be and there are a few contenders garnering a great deal of support – technologies that include Ion Trap, Photonics, Super conducting and of course Silicon/Semiconducting.

The published article demonstrates that Quantum Motion has been able to isolate and measure the quantum state of a single electron for a period of nine seconds on a CMOS chip. These CMOS (Complimentary Metal Oxide Semiconducting) technologies have been in existence for a long time (traditionally used for BIOS chips in Modern PC’s).

The lowdown on Quantum Motion

Quantum Motion was founded in 2017. Founded by John Morton and Simon Benjamin. John has over 100 peer reviewed publications in addition to a number of “firsts” in spin-based quantum technologies and quantum devices. He remains Professor of Nano-electronics at UCL (University College London). Simon is also a professor, albeit at Oxford, where he is professor of Quantum Technologies working on quantum architectures both for near-term ‘NISQ’ processors (fault tolerant quantum computers).