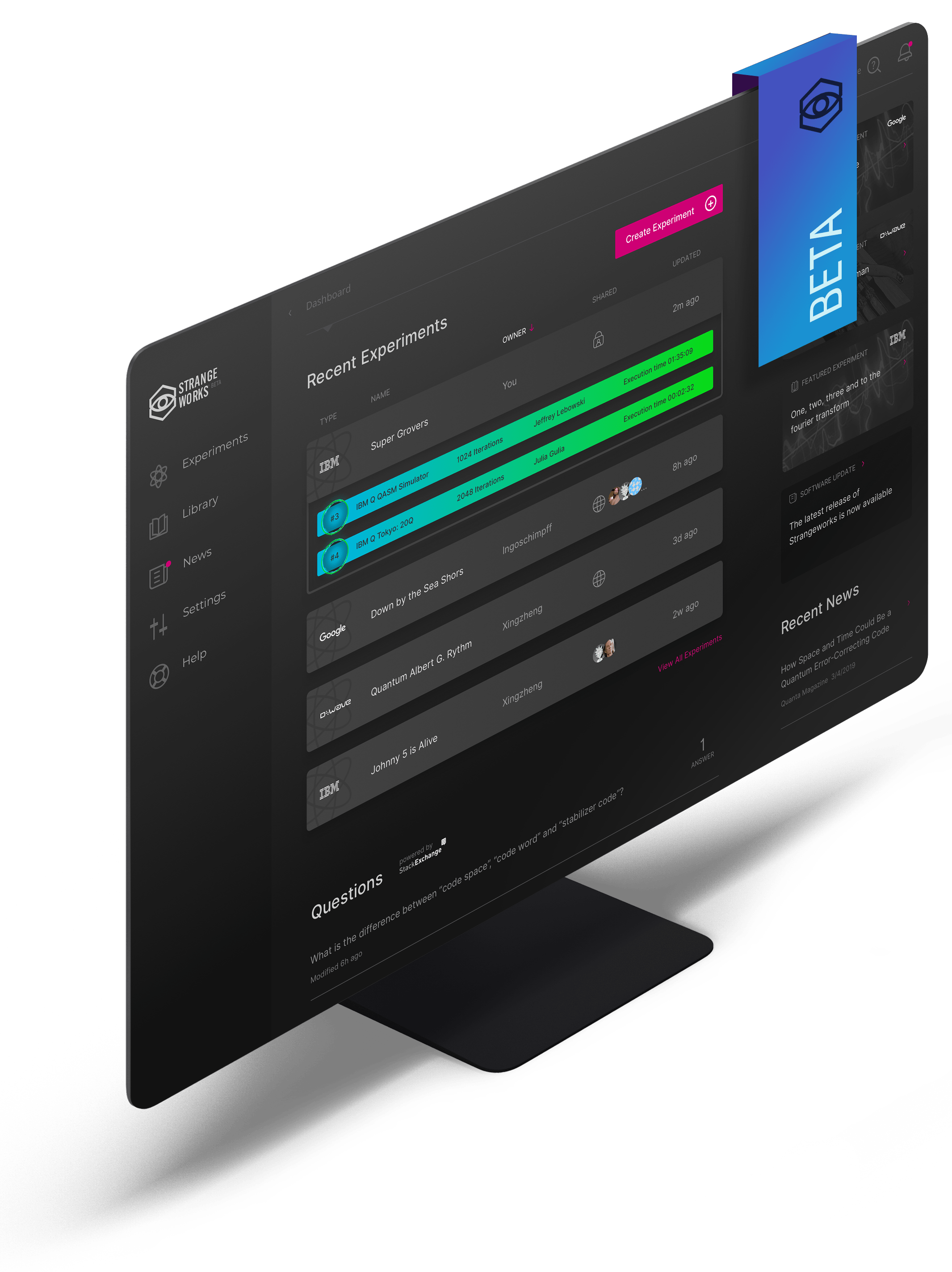 Perhaps one of the UK’s best funded start-up’s sees their quantum language and framework integrated into the offering from Strangeworks, a Texas based Quantum provider. The US, Austin-based company is focused on making quantum computing more accessible and more human and will integrate CQC’s quantum software platform into the Strangeworks Quantum Computing ecosystem. The language offers many performance benefits to users wanting to extract the most from NISQ hardware.

Strangeworks has one of most elegant streamlined designs of any platform we have seen. Designed to make circuit building visually appealing and the process of running those circuits as effortless as possible, Strangeworks has worked immensely hard to rationalise differing frameworks and languages into one easy to use interface. Already Strangeworks has a number of languages and services available which encompass Qiskit, Q#, forest, PennyLane and now t | ket >. Ultimately the point is that quantum developers should be able to easily run on multiple hardware platforms, choosing the best tool or language for the job – being hardware agnostic.

You can also run and see the open source t | ket > github which is now open-source and is hardware agnostic – meaning that it can work on most hardware platforms. It can be interfaced with python and pytket. Or head over to Strangeworks and run on their platform.