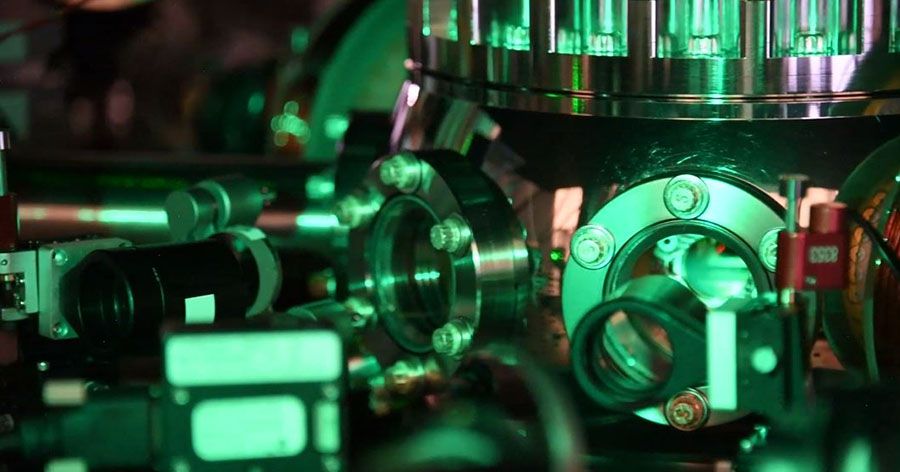 IBM defined the Quantum Volume definition that goes beyond simply the pure number of qubits. Somewhat more complicated in nature the aim of the QV calculation to provide a better metric of the actual power and performance of a Quantum Computer. It is simply not that easy to compute (for those interested follow IBM’s detailed computation of how the QV is composed: What is Quantum Volume anyhow), but in Honeywell’s work they show the progression of a number of their tests and move towards higher QV’s.

The plots highlight Honeywell Quantum Solutions’ tests for quantum volume and the outcomes of the tests. The “heavy output generation” problem is to produce a set of output strings such that more than two-thirds are heavy.

The dates for each test are also provided. All tests go above the 2/3 threshold to pass the indicated quantum volume threshold. The circles show the heavy outcome averages, while the violin plots represent the histogram distributions. Blue coloured data shows the system’s performance and red is the modeled and noise-reduced simulation data. The white markers are the lower two-sigma error bounds.

Honeywell’s system was able to pass the Quantum Volume (QV) threshold of 128 test, with heavy output outcomes 71.78% of the entire time. This number is above the two-thirds threshold and is within 99.43% confidence.

This plot shows the individual heavy outcomes for every single quantum volume 129 test run. The blue line shows the average of heavy outcomes while the red line is the lower two-sigma error bar. After 186 circuits, the bar crosses the 2/3 threshold.

Users can access Honeywell’s systems directly from the company or through Microsoft Azure Quantum. Other than being high-fidelity and having fully-connecting qubits, its system has a proprietary mid-circuit measurement function. Users can explore new algorithm classes and reduce the number of qubits certain algorithms need.

Honeywell is a technology company involved in a variety of fields such as aerospace, building technologies, and performance materials. However, they are also involved in the quantum community and are known for their quantum computers. Access to their systems is available through the company or with Microsoft Azure Quantum.