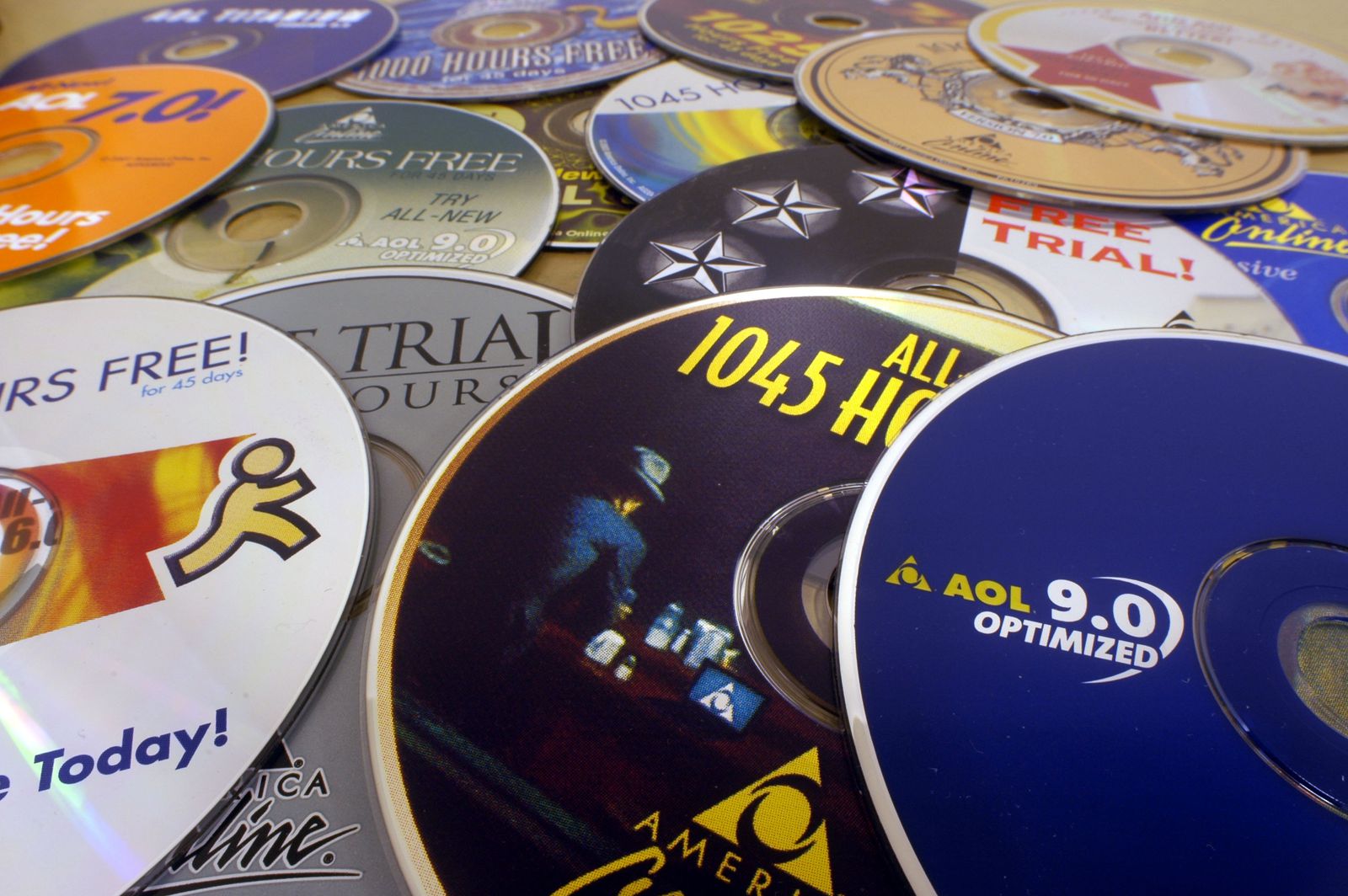 We’re waiting for the first company named QOL (A variation on AOL) and for them to send us a CD (Compact Disc) through the mail! For those who are too young or weren’t even around at the time, many of us accessed the internet through a dial up modem with tiny download speeds which are a fraction of percentage of todays broadband DSL speeds.

Of the “spooky”, strange or weird aspects of the quantum world is that of entanglement. That means two particles or entities can share properties even when apart. This is one of the fundamental properties of the quantum state, giving strange properties that we learn in Quantum Information text books, typically involving Alice & Bob. Fundamentally what this means is that it is possible, not to send information, but to know whether anyone has eavesdropped on that communication. For example if Alice and Bob both share some entangled state, then measuring Alice’s and Bob’s state will be correlated – even if they are apart. It is that distance apart which in this latest research has been increased dramatically. Maintaining that correlation over distance has traditionally been troublesome.

Alice & Bob get some separation

Historically only a few kilometers were possible for this effect to be preserved. Previously, scientists had demonstrated entanglement of two bits of matter over 1.3 kilometers (around 1 mile) of optical fiber. However researchers from China have found a way to extend the distance considerably. This makes the prospect of a Quantum Internet a reality.

Xiao-Hui Bao, Jian-Wei Pan et al at the University of Science and Technology of China, Beijing, have now shown entanglement over fiber optic links of up to 50 kilometers, as they report this in the publication Nature. This breakthrough means that a secure quantum internet could be a near term reality.

The researchers generate a photon whose polarization, which can be clockwise or counterclockwise, is entangled with a Rubidium atom cloud’s internal state. Then photons are sent down two parallel optical fibers to a third station to another lab 11 km away, where the photons interact in a way that passes the original entanglement connection to the two remote atom clouds.

A possible Quantum Internet is all about security rather than speed, allowing secure communication between parties – immune to hackers and eavesdroppers.

Imagine being able to know if someone was able to intercept your messages? This amazing promise is what we get from entanglement, where the quantum state is disturbed by viewing it. One of the paradigms of Quantum Physics is that a state when viewed is disturbed and therefore changed. We could digress into collapsing wavefunctions, but think this would evoke the ire of the various different camps in the Quantum world who believe in different interpretations of Quantum Mechanics.

Couple entanglement with some clever tricks and we can know whether a hacker is on the line and then take appropriate action.

So we may not be getting a CD (does anyone use them anymore) in the mail, but we could at least have the potential for very secure communication and that will please everyone from the consumer to business to the military.