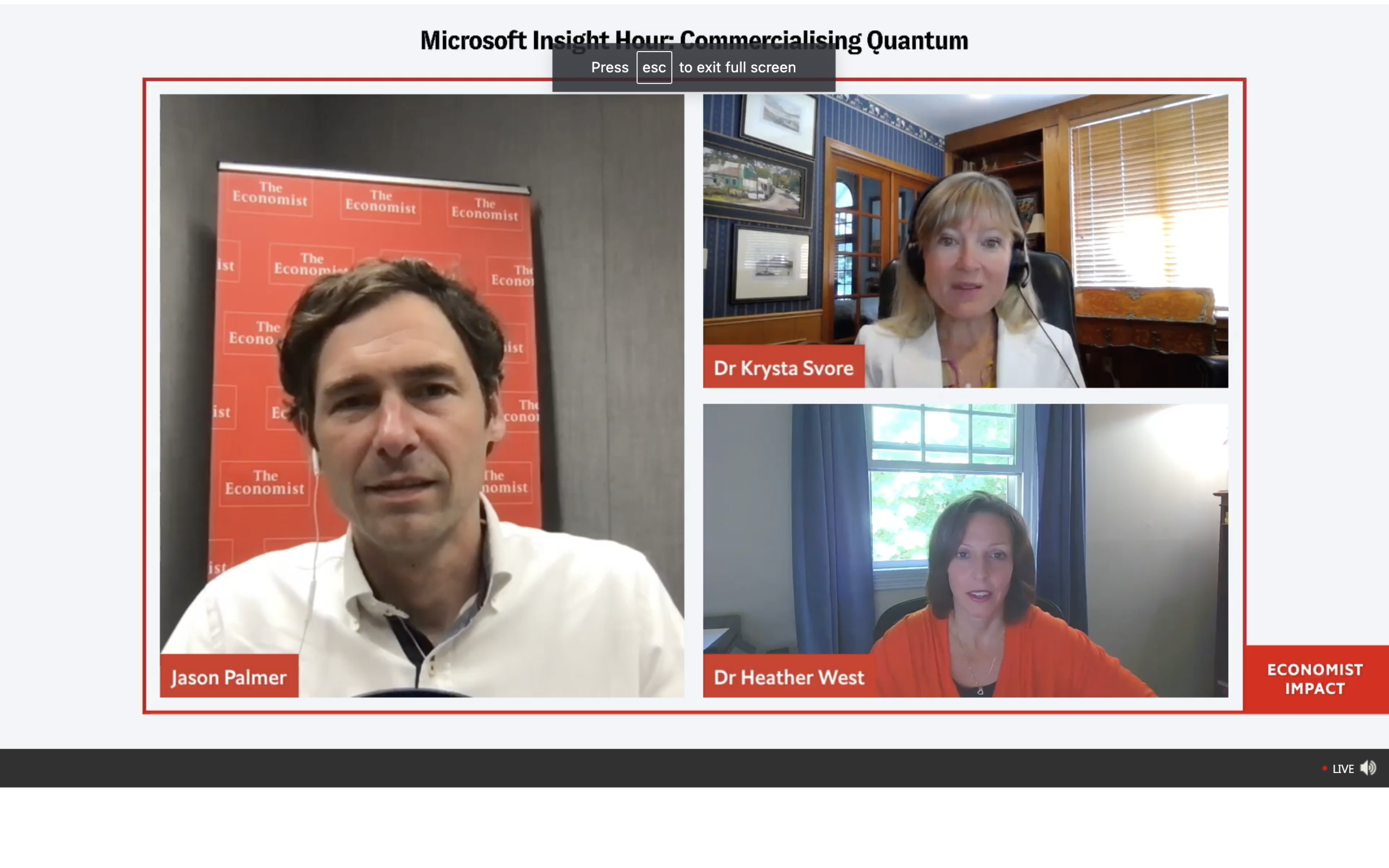 A recent talk in conjunction with Microsoft and the economist on the 18th of October 2022 was aimed at the business of commercialising quantum computing. With speakers from Microsoft, IDC and the Economist, the panel discussed state-of-the-art Quantum Computing and what the field needs to progress towards solving more commercial problems such as Carbon Capture, Simulating molecules and various problems in everything from clean water to materials science. and understanding material science.

The panel discussed new quantum algorithms and the Quantum Zoo, where several algorithms already rely on just a few key principles, such as phase estimation and quantum Fourier transform. In the materials and chemical space, there are algorithms that can work within a month, but Svore says there will be a lot more algorithm development and not just rely on those with PhDs in Quantum Physics. She says we need Subject Matter Experts paired with experts in quantum algorithms to enable the right sort of development. Microsoft sees its platform as a place for Quantum innovation.

Krysta Svore spoke about her work with Goldman Sachs on how to see where there are practical quantum advantages in finance. Ie. problems that could run within, say, one month. Applications like derivative pricing, with, say, a million qubits, can a Quantum algorithm using resource estimation run a reasonable time as a guide to their R&D. They want to understand where Quantum applications sit within their business.

No Time to Lose in Commercializing Quantum Computing

Heather West says there is no time to waste and the time to explore Quantum is now. To start now before the bigger machines exist. Also, migrate some of the workflows to the cloud right now rather than on-prem solutions. Of course, Microsoft would like that cloud platform to be Azure and Azure Quantum. Get doing workflows on the cloud right now, as the future will be cloud-based innovation. Dip a toe in and get the first-mover advantage from Jason Palmer. The more we understand things right now and some of those use cases, the better. It is all about cross-pollination with a lot of diversity to drive that progress. Are those hard problems amenable to, for example, quantum-inspired solutions rather than quantum?

Get the first working qubit and then scale; without mentioning numbers, millions of physical qubits could be needed to make something workable. Microsoft was working previously on developing topological qubits to “perfect” one qubit before scaling up the number of qubits. Obviously, the actual requirements depend on the application. Optimization problems can likely be applied much sooner, but materials science might require more scaling and more development and hence be further out.

Dr Krysta Svore is a Distinguished Engineer and VP of Quantum Software at Microsoft. She is passionate about empowering people and organizations worldwide with quantum computing and realizing a scaled quantum machine. Her team designs and delivers Azure Quantum, the most diverse cloud platform for quantum research and discovery, and is developing a comprehensive software stack for scalable quantum computing, including languages, compilers, and mappings to quantum hardware.