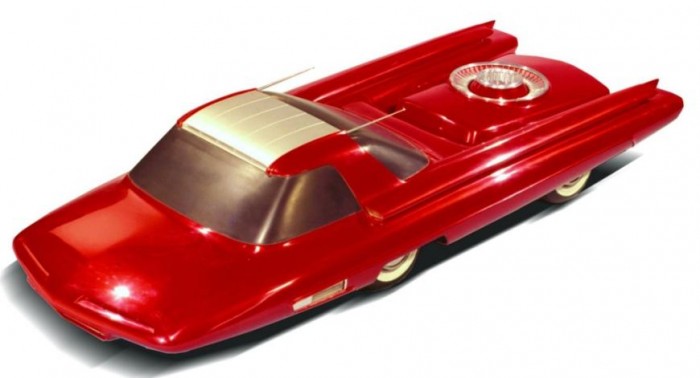 Will the Quantum Age turn out to be like the Nuclear Age of the 1950’s?

The Jetsons! Remember the futuristic TV series where everything was supposed to be better? Or did you know that in 1957 the Ford Motor company actually built a nuclear powered concept car called the Nucleon. What happened to the explosion (excuse the pun) of interest in nuclear power (especially fusion) that was supposed to be a panacea for the world’s energy needs.

The Nucleon passenger car was to run from nuclear fission in place of a gasoline. But the car never entered mainstream production. Could the Quantum Computing field be in the equivalent of the 1950’s when it comes to Nuclear power? All the hallmarks are there, enormous promise, untested technology and the science hasn’t caught up with fantasy or desire. Will useable functioning Quantum Computers turn out to be always 50 years away?

Despite the many parallels with nuclear power and the 1950’s the question remains as to where we are and whether Quantum Computing and its associated technologies will turn out to be over-hyped and under-delivered. For many, Quantum Computing has suddenly “become a thing”.

The rise of quantum computing

Perhaps hard to place an official date on it. But we can trace the more recent origins back to Richard Feynman and the likes of David Deutsch. We could only at best give a potted history here. But let’s say the first inklings of a possible advantage of using a quantum computer became apparent theoretically in the 1980’s.

The holy grail of quantum computing is to perform computations or calculations faster than classical computations. If computations can be sped up then it means many problems which are currently intractable could then be computed. For example, some calculations just take too long in real terms – for example in drug discovery where simulating candidate drug targets may take longer than the universe has been in existence. The potential to improve all manner of life is currently under the microscope and there is barely an area of science where Quantum Computing hasn’t been talked about as have some potential.

Behind the rise of the interest in Quantum is the ability to find algorithms that have speed-up. That means that they run faster then classical algorithms that you run on todays classical hardware – i.e. the machine you are reading this on.

Other algorithms you may have heard of are Shor’s (from Peter Shor) and Grover’s (from Lev Grover), the first of which has been theoretically shown to be able to factor numbers much faster than classically thought possible. Grover’s algorithm is thought to be useful in searching, since it means that in an unsorted series of elements, only a single operation is necessary to find the element of interest. Then there is also HHL which can be used to solve linear equations and purports to have speed-up. The name HHL comes from its inventors (yes I did say inventors) Aram Harrow, Avinatan Hassidim, and Seth Lloyd.

So far there have been a number of algorithms which are purported to provide that all important speed-up. Perhaps the most simple of all is the Deutsch-Jozsa algorithm which really showed that a speed-up or quantum advantage is possible, however such an algorithm is not useful in practical terms.

Not quite. There is still not a very useable Quantum Computer and by that I mean one that can readily solve the sort of problems that researchers are so keen to tackle.

Sure, Quantum Computers do actually exist – IBM, Microsoft, lots of public companies, defence, government and private companies are looking at every angle of Quantum Computers from the Hardware to the Algorithms. But right now the size and performance of these machines is somewhat lacking. That doesn’t stop anyone from trying and experimenting.

IBM Q had a machine available for anyone with an account in 2017 with just 5 qubits – but technically you can compute with it. Just whether you can do anything useful with those small number of qubits is the issue. Of course, that doesn’t stop the wheels of progress from turning and now there are an ever growing number of qubits available which means more complex algorithms can be employed. So if you want to experiment yourself you can.

Quantum Algorithms don’t come without their controversy either. There are plenty of caveats and gotcha’s with many of the algorithms that have potential. For example getting the information encoded and into and out of the qubit can be more than a little tricky. So much of the detail is yet to worked out such as the machinery for storage. QRAM anyone?

Some of the areas that researchers are looking at are

Despite all of the potential drawbacks, we are seeing massive investment. The promise is there and beneath all the debates, drawbacks and caveats, there might just be something of value lurking in the field. After all the promise land is a huge ever growing land. With so many people around the globe switched onto the possibilities of QC (Quantum Computing) that can only be good for science and society.

Exactly what emerges is hard to predict. Companies such as IBM are steadily increasing the number of qubits their machines can access and Microsoft continues to work on their topological qubit technology in addition to their Q# software.

Amazon has recently rolled out their cloud Quantum Service which is making experimenting and using Quantum devices even easier. Private companies such as Xanadu and StrangeWorks have their own platforms which all aim to enhance upon the basic hardware and offer an eco system around Quantum development.

Over the past five years or so we have seen the massive rise of Machine Learning, part of deep learning. The field seems burgeoning with article after article about how ML (machine learning) and AI will impact our lives. Might we see the same with Quantum Computing?

Another question we’ve heard phrased is whether the Quantum Computing field might be riding the coat-tails of the Deep Learning and Machine Learning boom. All I can say is watch this space!

New areas have emerged such as Quantum Machine Learning (QML) where researchers aim to use Quantum Computers to perform algorithms such as clustering and even neural networks (all on quantum hardware). It is early days yet for the fruits of this field, but a number of books have already been published along with algorithms.

There needs to be some killer uses for Quantum Computing to really spring-board the field. Right now, the whole field needs some killer proven use cases that scale or are likely to scale and have massive impact. We are seeing some headline announcements from the likes of Ford that they are using D-wave’s Quantum Annealer, and as we know 70 years ago in the 1950’s they were exploring the first wave of nuclear technology, but this time lets hope that Quantum Computing stays the course.

Economic value will eventually come into play, and that will be the expected value of using a Quantum Computer. Right now, we simply don’t know the true value of Quantum Computing. It might seem like a corporate interest but so was computing back in the 1950’s.