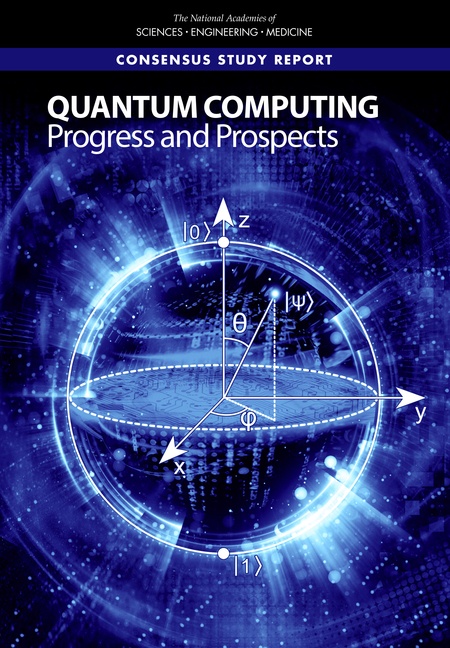 Recently the NAS (National Academy of Sciences) has written a more then 200 page expose on the state of Quantum Computing and its applications. Here we’ll distill some of those highlights. In the 10 chapters, you’ll discover the state of play and the future of Quantum Computing. The contributing authors are from a number of organisations and companies such as Microsoft (Eric Horvitz), Google (Luiz André) as well as numerous Academic institutions such as Stanford (Mark Horowitz) and MIT (Daniela Rus). We’ll assume you know quite a bit about Quantum Computing and how Quantum Mechnics works.

Summaries from the NAS Quantum Report

Clearly we are a long way from seeing GP (General Purpose) Quantum Computing. I wanted to share some of the quotes from the document.

For quantum computing to be similarly successful, it must either create a virtuous cycle to fund the development of increasingly useful quantum computers (with government funding required to support this effort until this stage is reached) or be pursued by an organization committed to providing the necessary investment in order to achieve a practically useful machine even in the absence of intermediate returns or utility (although the total investment is likely to be prohibitively large).

In later chapters, the differences between classical and quantum computers are discussed. There are some benefits and advantages and these are put into three different types of Quantum Computer.

We are still a long way off a working Quantum Computer that can be generally used. The report doesn’t state how long it could be, but it seems we are years away. I hope this differs from the very same estimations of Nuclear Fusions, which is always seems 50 years ago.

It also addresses some of the security concerns that people may have with regard to cryptography and how the crypto community should protect itself.

discusses the classical cryptographic ciphers currently used to protect electronic data and communications, how a large quantum computer could defeat these systems

The report also publishes the state of play in 2018 with regard to the leading technologies.

In 2018, two technologies are used in most quantum computers (trapped ions and artificial “atoms” generated by superconducting circuits), but many different technologies are currently being explored

There has been enormous progress in Quantum Cryptography and QKD or Quantum Key Distribution which is actually a reality for keeping systems and people secure. This is looking like a real use-case and commercial systems are available right now. As you’d expect many academics are also researching and working on such systems.

Many recent news articles have highlighted progress by researchers in China in the areas of quantum communication and quantum cryptography. Demonstration of quantum communications via satellites and long-path optical fibers have received much attention. An intercity channel to enable quantum key distribution (QKD) has been established between Beijing and Shanghai.