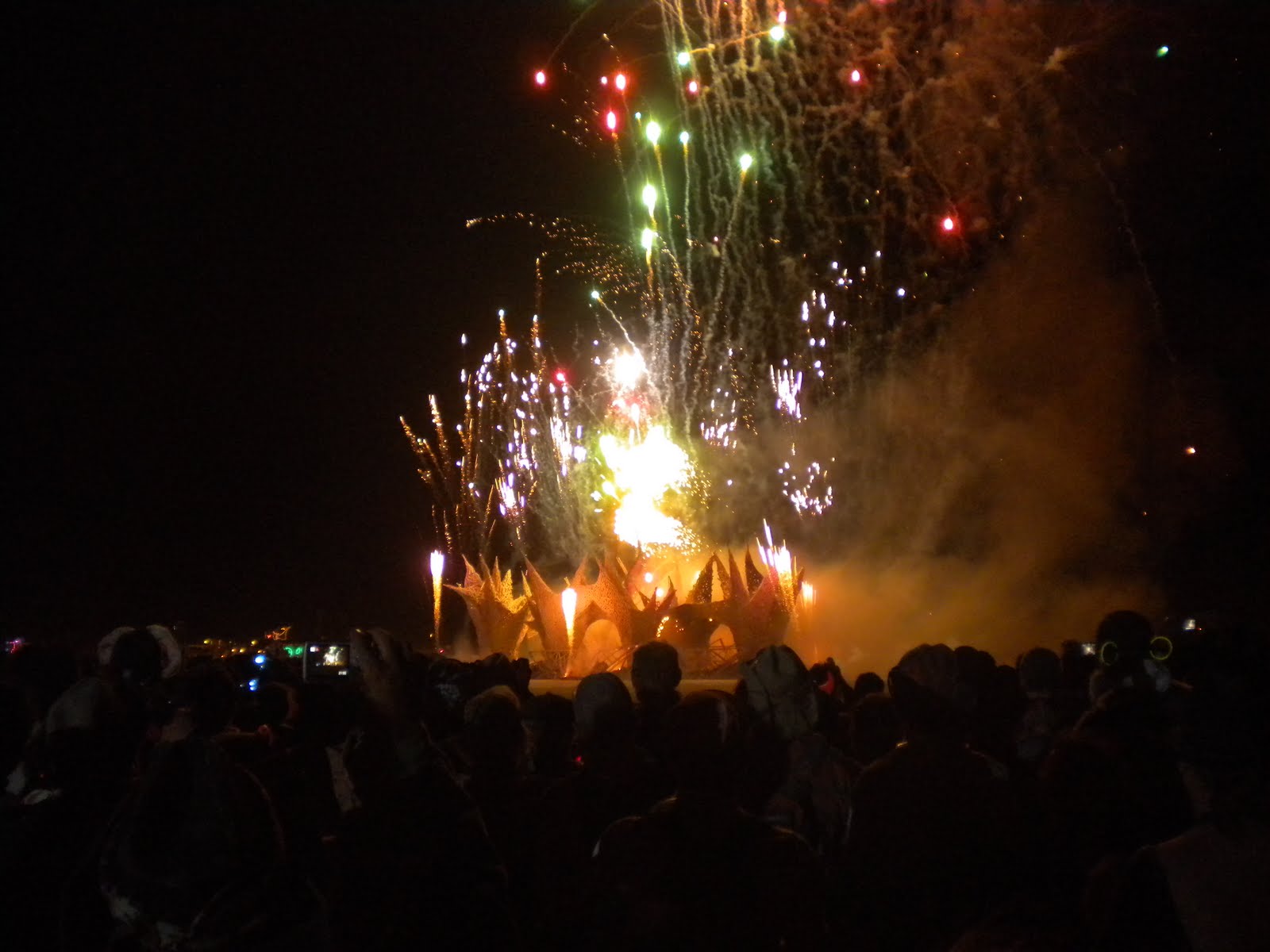 Happy New Year, everyone! As we pass through the first few days of 2021, we do so with the hope of leaving COVID-19 behind. However, we should not forget that 2020 was a year full of developments and milestones in quantum computing.

We will be exploring events that happened every month that we believe are interesting. We won’t cover everything, but we hope to show some of the salient news of the last year.

IBM revealed in January 2020 that it had again doubled the power of its quantum computers. It has managed to double the number for a few years, and in 2020 the number was a Quantum Volume of 32. This was how IBM wanted to stay ahead and maintain quantum advantage.

The company developed Quantum Volume in 2017 to measure the performance of its quantum computers. It takes into account a number of factors including qubit stability and coherence. The metric is easy to understand even by non-experts.

The US White House proposed to spend at least $142.2 billion on future technology, including quantum research. This is part of President Trump’s $4.8 trillion budget proposal that would divert these funds for the advancement of technology. Quantum computing is high on Trump’s list, as before this, he had repeatedly funded quantum projects.

Some say that Trump was worried that the US would fall behind Chinese quantum computing, which is working without rest day and night. The Chinese government has spent much on boosting this research, and it would soon pay off in late 2020. By making artificial intelligence and quantum computing a priority, America might be able to catch up.

If you think that the quantum advantage race was over with IBM’s announcement, you would do well to think again. Honeywell boldly announced that its new quantum computer with quantum charge coupled device (QCCD) architecture will have a Quantum Volume of 64. This was Honeywell’s dog in the quantum race for March 2020.

The Quantum Volume of 64 was twice the number of the closest competing system. The company also intended to invest in quantum software developers. The computer was expected to be unveiled three months after this announcement.

In April 2020, new ‘hot qubits‘ were developed by researchers at the University of New South Wales (UNSW). Led by Professor Andrew Dzurak, the team’s groundbreaking research could save a lot of money on refrigeration. While the new quantum processor chip was hotter than those offered by large companies, it was a lot cheaper.

Made of silicon, the new quantum processor chip reportedly costs only a few thousand dollars to cool compared to cooling chips to 0.1 Kelvin with millions. The UNSW researchers claim that current facilities can manufacture similar chips as well. Without the need for extreme cooling, an obstacle in quantum computing is overcome.

It was also at this time that IBM announced its challenge and registration began.

While IBM was busy working on its quantum computers, it still had time to issue the IBM Quantum Challenge. The challenge had four problems contestants had to solve and it was open for all to participate. The challenge began on May 4 after being announced a month prior.

The four challenges were designed to eliminate contestants who were not well-equipped. Eventually, it would come down to a single winner. As proven months later, a winner was announced.

On June 18, it was announced that Honeywell’s new quantum computer was ready. This was a monumental task as a combination of working from home and reduced staffing at two of its labs did not stop the researchers. Despite the pandemic affecting all industries globally, the team did not stop.

This allows Silq to be extremely expressive and flexible, describing more with less.

The American Department of Energy (DoE) announced that it would make a ‘virtually unhackable’ quantum internet a reality in a decade. This is a continuation of the long plans the American government devised for a national quantum internet. In ten years, a working prototype will be available, the DoE claims.

In late July, the US Army’s quantum chip fabrication project bore fruit. The chips are scalable and employ qubits made of diamonds, employing artificial atoms manipulated by the scientists. With a unique hybrid method, the scientists were able to create a quantum system with 128 qubits.

On August 26, 2020, the White House announced a further $1 billion to be invested in artificial intelligence and quantum information science. The plan is to make the US a centre for innovation and to build up the workforce. Researchers in both areas will also be able to directly compete with foreign enemies.

Google’s quantum computer Sycamore, or a downsized version of it, managed to accurately simulate a chemical reaction. This will be useful for quantum chemistry and lead to practical future technologies. While a classical computer can also do this, it is a step in the right direction for quantum computing applications.

IBM also invited Robert Hackett, Fortune senior writer, to visit its 1 million qubit quantum computer, or what is the beginnings of it. Promised to be delivered in 2030, the company has complete faith in the system. It weighs 8,000 pounds and is currently empty.

As work continues on the IBM quantum computer, the company is very confident and has been repeatedly vocal about its vision and plans.

October 2020 was a year full of aggressive quantum computing policies worldwide. Not only was the US continuing to push for more quantum development to compete with China, but a new power joined the race. That power is Israel.

In a rather shocking announcement, VentureIsrael had decided to fund Israeli startups focusing on deep technology. One of the five types of technologies is secure quantum communications. This has led powers around the world to keep an eye on the small but powerful country.

Around the same time, President Xi Jin Ping of China also released a very aggressive quantum policy. He held a ‘group study session’ and addressed why China needed quantum computing supremacy to be a worthy force. He also has faith in the Chinese quantum community, which was lagging behind on notable achievements.

We were just talking about how Israel entered the quantum race, but a month after that it was announced that Russia also intends to enter the race. The national nuclear corporation had launched the National Quantum Laboratory, with the goal of developing a quantum computer in 4 years.

The goal was to create a 30-100 qubit quantum computer by 2024, and eventually a universal machine with hundreds of qubits. This project is in conjunction with Russian efforts to start quantum education programmes. Talented quantum physicists will be trained to help Russia gain the lead in the quantum race.

Denmark also had a quantum cryptography windfall. CryptQ, the Danish quantum company, received DKK 22.5 million to develop and build a secure quantum communication system. It was expected to take around 3 years to complete.

These last months of 2020 were surely a time of great investments and funding. Many countries were investing a lot of money into their quantum programmes. This was all to get ahead of the others.

While the year 2020 was dire for many, it was quite the opposite for Chinese quantum scientists behind the Jiuzhang quantum computer. It made waves in December as it performed a Gaussian boson sampling experiment trillions of times faster than existing classical supercomputers. The team leader was Pan Jian Wei, a leading Chinese quantum scientist.

While Jiuzhang is still not programmable as of recent reports, the team intends to change that and develop this technology.

December is truly the month of quantum photonics.

IBM also announced the winner of the IBM challenge. The winner was Hironari Nagayoshi, a University of Tokyo undergraduate student. He managed to win 1st place by a huge margin.

His score of 4,004 was much higher than 2nd place, 4,819. The IBM challenge also helped many of the participants sharpen their skills in the realm of quantum computing. Congratulations to the winners!

While 2020 was basically spent indoors due to the global pandemic making lockdowns necessary, quantum computing did not slow down. In fact, many great achievements were happening every month.

Once again, Happy New Year, and we at Quantum Zeitgeist hope that you will enjoy 2021 as well.